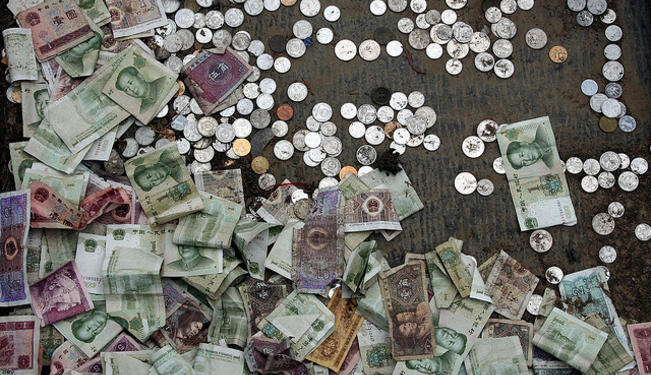 China has consistently maintained special relations with North Korea. The two countries are army comrades from the Korean War, during which they succeeded in pushing back US forces beyond the 38th parallel. After the war’s end, China and North Korea signed the Mutual Aid and Cooperation Friendship Treaty. Pyongyang is currently Beijing’s only ally, who denounces military alliances as detrimental to peace and stability in the era of globalization. Even though North Korea isolates itself from the international community by developing nuclear weapons and engaging in military provocation towards its neighbors, China assumes the position of sole guardian of this wayward pariah state.

Beijing places importance on North Korea as a buffer state against US forces stationed in South Korea. Although the remarkable progress of military technologies diminishes the small state’s effectiveness as a buffer against the world’s most advanced military, North Korea still matters to the People’s Liberation Army (PLA) because it prevents US Army access to their homeland.

The stability of North Korea is also essential to China. The two countries share a long border, some parts of which are not difficult for North Koreans to cross. The large number of the Korean Chinese living in border areas could attract huge numbers of refugees if there was any serious upheaval in North Korea.

The Chinese Communist Party prioritizes maintaining economic growth, which legitimizes its authoritarian rule. Without a stable environment, it is very difficult for the Chinese government to achieve sustainable economic growth that heavily depends on the regional and world economy. Any type of disruption in the Korean Peninsula, including the collapse of the Kim Dynasty or a military conflict outbreak, would inevitably have a negative impact on China’s economic and political stability. The bottom line of China’s policy on the peninsula, therefore, is to keep the government of North Korea alive and to prevent military clashes in the region. For this reason, Beijing has been providing Pyongyang with significant economic and political support for more than a decade.

China’s influence over North Korea has been increasing as Pyongyang accelerated its international isolation by keeping its nuclear development program and posing a military threat to the region. This in turn has resulted in a higher dependence on Chinese assistance. It is obvious that the North Korean regime cannot survive without economic and political support from China. As a result, the international community has hoped that China will exert its influence and encourage North Korea to give up its nuclear weapons. In recent years, persuading Pyongyang to take a cooperative stance in the nuclear problem has been regarded as China’s international responsibility.

China has made some efforts to meet those international demands by initiating the Six-Party Talks. Beijing even put pressure on Pyongyang by agreeing to the UN Security Council Resolution 1874 which expressed “greatest concern” at the second nuclear test conducted by the North Korea in June 2009. However, China’s attitude towards North Korea is sometimes at odds with the international community. When North Korea sank the South Korean navy vessel Cheonan in March of 2010 and shelled Yeonpyeong Island in November, China strongly resisted issuing the United Nations Security Council (UNSC) Resolution condemning the atrocities and instead tried to moderate the language of the UNSC presidential statements blaming Pyongyang.

Such ambivalence in the Chinese approach to the North Korean problem reflects a dilemma China faces between growing international demand and growing concerns over possible turbulence in North Korea, such as a collapse of the political regime or a breakout of war on the Korean Peninsula.

China has decisive influence over the life and death of North Korea. However, the extent to which China can exert influence is limited because there is no way for China to take any actions that could destabilize North Korea. In fact, Pyongyang, to some extent, shapes Beijing’s foreign policy in the Korean Peninsula.

The death of Kim Jong Il may pose further difficulties for the Chinese decision-makers. During the rule of Kim Jong Il, who consolidated unchallengeable leadership in North Korean politics, China did not have to worry much about the regime’s resilience. Providing Kim Jong Il with economic assistance and protection against excessive international pressure was effective for China to sustain North Korea’s existence and the stability of the peninsula. However, Kim Jong Il’s sudden death severely damaged the stability of its current political system.

Kim Jong Un, the young successor, clearly lacks enough political experience to establish a strong leadership in a short period. Now China comes to face a new challenge to ensure a stable power transition of the fragile North Korean regime, which will inevitably compel China to get more involved in Pyongyang’s internal politics. This new burden that Kim Jong Il left to China may make its foreign policy more supportive of the new regime, which could have a negative impact on relations with the US, Japan, and South Korea.