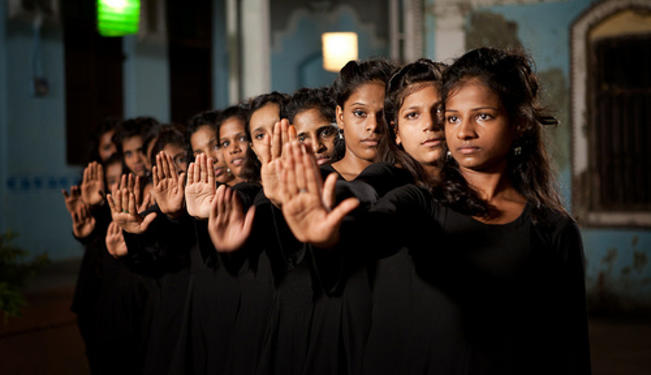 The recent public outcry against the treatment of women in India is a song we’ve heard too many times before.

Karl Marx once famously said that history repeats itself “first as tragedy, then as farce”. The gang-rape atrocity of a 23-year old woman in Delhi on 16 December 2012 for the most part appears nothing but a “tragedy”. The brutality of the incident in Delhi and the public mourning of that woman’s tragic death has set Indian society on a path on introspection of the treatment of women and on a mission to change the country’s legal system’s inefficacy in reporting and prosecuting sex attacks. The uncomfortable truth for India and Delhi, which is now tarnished with the reputation of ‘rape capital’ of India, is that this has all happened before.

While any fool knows that rape is unfortunately nothing new in Indian cities, in the late 1970s and early 1980s however incidents of rape took centre stage, just as it does now, with remarkable similarity. From 1977 through to the 1980s there existed the same national outcry, both from the public and media, against the treatment of women, particularly rallying around rape atrocities. The movement, much like in its current guise, was sparked by a brutal rape incident such as that of Rameeza Bee, a Muslim woman gang raped by three policemen in Hyderabad in 1978. The incident galvanized women’s organisations and the public alike in denouncing the perpetrators but also raised the larger social question.

A separate incident involving a tribal woman named Mathura in rural Maharashtra again acted as a catalyst for a more general campaign against rape, lining the streets of the major Indian cities. As is happening now in India, an initial consequence of the frenzy of media attention and social activism (both in the country and abroad), rape was ‘uncovered’ as an abhorrent social evil. More and more incidents were unearthed and women who were now more confident that their grievances would be taken seriously by the then under-fire police force brought new cases forward. In the same way, following the most recent incident, between January 1 and March 24 this year, the number of reported rapes in the Indian capital rose by 148% to 359.

Despite this increased awareness and tendency to report rape, both then and now, the possibility of those newly filed cases successfully pursuing a course of justice were slim. The new ‘fast track’ courts for rape cases to quicken up India’s sluggish legal system have their roots in the campaigns of women’s organisations during the 1970s and 1980s, yet it could be argued there was neither speed nor justice involved in the process. As court cases continued indefinitely, in those days the judicial process often broke down with families of the rape victim lacking the resources to pursue the case any further. The same un-traversable route to justice seems to exist even today as the Delhi rape case stumbles through hearing after hearing with little to show for it.

Perhaps the only single positive outcome from the 1970s and 1980s anti-rape campaigns was the so-called ‘Rape Bill’ introduced in 1983 that involved amending previous antiquated laws on the crime and the punishment for it. A new ‘Rape Bill’ passed in the Lok Sabha and Rajya Sabha in March 2013 does much the same thing – amending the law, most notably making punishment for rape lifelong and in some circumstances worthy of a death sentence. However, just as before, considering the lethargy of the Indian courts the possibility of the rape laws actually coming into force in a court of law is still very low.

The parallels one can draw from the incidents in the 1970s and 1980s to those of the present day are a grave indication of some of the static social attitudes still existing India but also of the seemingly unchanged response mechanisms to rape, less than effective policing and inadequate legal amendments to protect women and the marginalized.

However, the most remarkable aspect of this rather devastating example of history repeating itself is that these movements against the ill treatment of women occur at either side of India’s supposed stimulus of economic progression, liberalization and its economic reforms of the 1990s. As India marches on its trajectory to world’s economic-powerhouse status, this recent mirror to the past acts as a reminder that its economic development is not replicating on social level. On the contrary, India’s marginalized including its women live in the same fear as they did almost 40 years ago.

While India’s women with renewed rigor and strength challenge their “farcical” antiquated treatment, with old and new women’s rights organisations becoming ever more popular and growing in importance, the question we should be asking is whether India’s model of development can be equitable both economically, but in this case, socially?

Economic liberalisation and reforms that began in earnest during the 1990s have undoubtedly lifted many of the economically marginalized out of extreme poverty.However the recent anti-rape resurgence has once more called into question how socially equitable this national development path is. For some, the inhumane treatment of women is simply evidence of a social ‘lag’ behind economic growth. The argument goes that ‘modern’ or ‘liberal’ social attitudes will eventually catch up with economic growth, providing India with both economic and social prosperity. For others, a more worrying thought is that there exists diminutive evidence of a positive relationship between a rapidly growing economy and changing social attitudes. As India’s GDP grows, they argue, societal attitudes remain just as they are.

Currently NGOs and civil activism occupy the space once again for the stimulus to change conservative social attitudes in India and to advocate much needed improvements to the response mechanisms and legal infrastructure. However, these NGOs, social activists and groups exist on the fringes of India’s development story. While civil action is strong, for an issue that involves widespread attitudinal change in a country as vast and varied as India, we must question if enough is being done to set a standard from the realms of power, money and politics. The 15th Lok Sabha houses just 61 women (although the number is slowly on the rise) out of a possible 545 seats. Whatever way you dress this number up it is does not make for pleasant reading. Politics is not the only arena where women have been historical marginalized, the number of women business leaders is miniscule compared to the number of men as well.

While small steps may be being made in the echelons of power, as the Lok Sabha introduces yet another ‘Rape Bill’ to appease the social activism, it is likely to fall far short of instilling a sense of security amongst women in India unless the legislative action is matched with an equally robust law enforcement mechanism. An indicator of growing unease and dissatisfaction with the measures in place to protect against sexual violence is the rapid increase of women applying for gun licenses. Delhi’s Gun Licensing Unit has recently reported that number of women applying for firearms has doubled since the sensational December 2012 gang rape.

That women are now taking their safety into their own hands is yet another reminder that India’s streets are still far too unsafe for its women and not enough is being done to realign some of the dangerous social attitudes that bred the outrage in the 1970s and 1980s, and which have returned as “farce” in India once again.