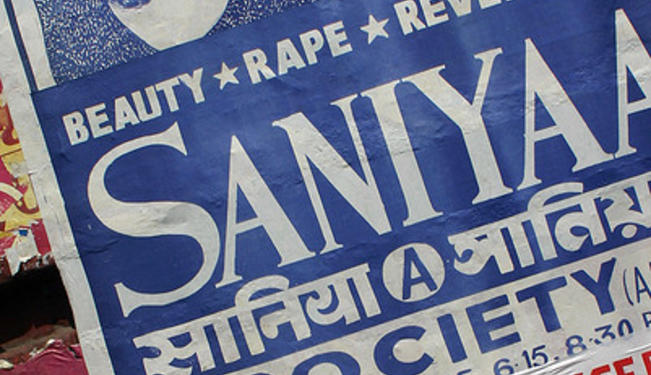 India's public cries for harsher punishment for rapists, but the judiciary is blinded by corruption.

India is not the largest democracy just for its size; it also has world’s most voluminous constitution – 448 articles. And the most amended too; over 100 amendments in 62 years. As against this, the US constitution is the world’s shortest with seven articles. The effectiveness of this constitution may be judged from the fact that ever since its adoption in 1787, the US constitution has only 27 amendments inserted in a span of 225 years. Constitution in a democracy is its supreme law from which flow all other laws and systems. Questions, however, arise as to why are people losing confidence in governance? Why is crime racing up uncontrolled? Why are the delinquent officials promoted? Why have we failed to establish a true ‘Rule of Law’? Something is seriously amiss.

The current public ire against the unabated spurt in heinous crimes like rape in cities and elsewhere has intensified the popular demand for harsher and faster punishment to the criminals.  Belatedly giving in to the unrelenting public pressure, the government is understood to be readying itself to promulgate an ordinance modifying Secs 375, 376 of IPC and other relevant statutes relating to offences against women. The process of setting up fast track courts is already underway. One of the most respected former Chief Justices of India, Justice JS Verma is heading a Commission to advise the government on making laws more effective. Apprehensions, nevertheless, are that all this exercise will again prove to be infructuous unless the implementing hardware – the civil administration – is also overhauled and fine-tuned to match the software of upgraded statutes now being demanded and proposed.

No doubt, there are flaws in the existing law relating to rape and other offences against women.  But what is worse is that even the available law is not implemented fairly and speedily working in the true spirit of ‘Rule of Law’. There is an extraneous influence affecting its course at every step. Our police stations have acquired an image that serves more to scare people rather than attract and welcome them. Callous attitude of SHOs and SIs at thanas is marked by indifference and apathy towards the complainant.  The first hurdle that a victim faces is lodging FIR which itself is a herculean task not all can accomplish. Armed with the primary responsibility of protecting people, the Patiala police recently drove a rape victim to commit suicide while the rapists roamed free unharmed. Suspensions and transfers, which are routine administrative actions and in no way punitive measures, have been so traded by the authorities to mislead the people by making it appear as if the delinquent officials have been dealt with severely enough. Once the tempers cool down, the same officials are back in their job without anything adverse in their record to mar their career growth. The same smart policy is replicated throughout the civil administration and political level. There is enough in the existing rules and law to prevent and punish such delinquency. What is missing the will to enforce law.

Here are just a few from innumerable examples of how self-serving officers and politicians progress their careers despite – or because of – their utter disregard to accountability. They have nurtured and strengthened their nexus and perfected a functioning regime to protect and manoeuvre their careers and interests. The process is a smooth sequential succession of administrative actions – not punishment: ‘suspension’ – transfer – reinstatement – promotion – reward and rehabilitation!  This is how it is practised:

The trail is endless because, as Abhishek Manu Singhvi would perhaps endorse, the test of your efficiency hinges on how skilfully you can circumvent rules, thwart court rulings, mock ethics, ridicule morals – and still flaunt your die-hard espousal of these very principles in public!

Enough law already exists to prevent and punish these misdemeanours. There are many in the bureaucracy and politicians who are fit cases to be tried for a variety of offences including felonious crimes if only Rule of Law had its way.  Therefore, adding another pile of stricter laws might come handy to calm down the irate people for a moment but cannot improve things until the principle of accountability for performance – omission and commission – is ruthlessly enforced in the civil administration including politicians and police.

Is the Government really serious in fast tracking delivery of justice? People’s faith in the government and the existing polity has been eroded by sequential betrayals which are fresh in the public memory. Whereas bills granting a three-fold raise in salaries of MPs are passed unanimously without much debate within two days, India’s most wanted bill – the Lokpal bill – has waited for over 42 and it still lingers. The Parliament passed a unanimous resolution endorsing Anna Hazare’s demands, the Prime Minister gave written acceptance assuring expeditious passage of an effective Lokpal Bill. It has betrayed those assurances trashing popular aspirations.

At the implementation stage there are instances aplenty to show how crime is being officially aided. Just prior to demitting her high Office of President of India, Mrs Pratibha Patil granted clemency to the five convicts who had committed rapes of minors, brutally killed and mutilated their victims' bodies.  At least in one case the rapist wiped out the entire family of his victim including a child.  Terrorists like Afzal Guru, killers of Rajiv Gandhi and Beant Singh are on virtual clemency despite rejection of their appeals for reviews by the apex court of the country.

There is a lobby gaining resonance in political circles to project and honour these convicts as heroes. Contrast this with the rising number of suicides and heightening resentment in the Armed Forces against the raw deal meted out to them by the sixth Pay Commission. What could be more shocking that the government has steadfastly sought to deny them their basic dues despite unequivocal directions of the Supreme Court on a number of cases concerning their status, dues and entitlements?  Prior to the last general elections, almost all political parties endorsed their demand for ‘one rank one pension’ (OROP). Parliamentary Committees have strongly recommended grant of OROP all through since 1998. There has been no visible opposition to this demand. Yet, the Armed Forces and the retired soldiers have all along faced betrayals of hollow assurances. The Government has cheated public and weakened the state organs by persistently failing to fulfil its declared objectives despite masses and the judiciary goading it.

There are over 160 MPs facing trials in various courts. They all invoke their privileged status to enjoy precedence over others in every aspect.  Why are their cases not tried by fast track courts? Obviously, fast tracking is risky for most of them. Their interests lie in prolonging the trials to harass out the witnesses and to engineer a favourable verdict or, if acquittal does not seem feasible, to let the case linger to infinity.

Why the whole talk of ‘fast track’ courts appears insincere is also reinforced by the state of judiciary in the country today. The National Mission for Justice Delivery and Legal Reforms formed last year has initiated some steps in the right direction but vital measures like the Judicial Standards and Accountability Bill is still awaiting attention of Rajya Sabha. Gram Nyayalayas Act 2008 was passed to establish Gram Nyayalayas in all villages to deliver justice at people’s doorsteps. After a lapse of more than four years, it is still to take off. Last year the Government had informed the Parliament that as many as 3.2 crore cases were pending in the high courts. The Supreme Court itself had 56,383 cases pending before it. Thanks to a special drive undertaken last year the pendency was reduced by six lakh cases and 3.16 lakh under trials were released.  Even so, the shortage of judges all over has been mounting.  Last year when the Union Law Minister was briefing the Parliament, there were 262 vacant positions in the high courts and Supreme Court, today the deficiency of judges has risen to 300 while Government wants people to believe it is doing its utmost to fast track justice delivery.

Sadly, it is rampant corruption that sustains and propels this systemic decay and total loss of accountability. A corrupt judge cannot give meritorious judgment just as a corrupt minister or a corrupt bureaucrat cannot impose accountability on his subordinates. Governance has thus become inverted to serve only its inner circle keeping the public out. The disconnect between the government and the people and the widening gulf between them is showing through public outrage every now and then.  A new India is rising free from known political influences and vote bank politics. New generation India is calling – change or perish! Is the politician listening?