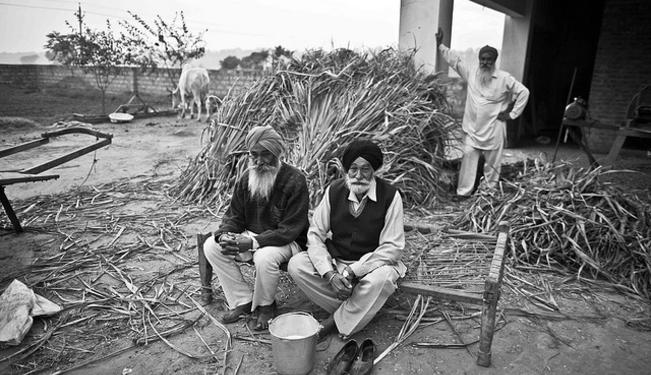 The traditional feudal society behind the façade of a modern liberal democracy has been revealed after the Delhi rape. It has also highlighted the increasingly bitter clash of civilisations within a civilisation. Although column inches, candles and slogans have been liberally expended over yet another tragic case, it is far from a turning point in India’s inexorable slide towards medievalism.

The deteriorating statistics on reported rape cases (Graph) (which themselves represent only about 10% of actual rapes) is only one facet of India’s regression. Increasing corruption, institutional decay and wanton use of state power are all visible symptoms of this trend. Perhaps the greatest manifestation of it is the decline of democratic decision-making to the point where the Prime Minister is a mere figurehead and real power lies with those without responsibility. A point not lost on rape protestors who chose to demonstrate in front of Sonia Gandhi’s residence rather than the Prime Minister’s. To the outside world this regression is masked by the veil of modernity and liberalism which educated urban India is at pains to showcase. This narrow focus on urban India and an even narrower English speaking elite misses the reality of India. The truth is that modern liberalism which arose under British rule is now in decline as a traditional conservative belief system reasserts itself. When the chairwoman of Chhattisgarh State Women Commission stated that women are “equally responsible” for crimes against them due to their revealing dress and behaviour it was not so much a gaffe or misquote as a statement of this belief system.

India today is caught in a clash between these two broad belief systems. On one side are modern liberal beliefs which balance individualism and liberty with civic duty and rule of law. They assume equality of rights and opportunities notwithstanding gender, class or caste. The urban elite cling on to these beliefs or at least pretend to even as the majority of the country reverts to the norm which prevailed before the spread of liberal ideas. This is the diametrically opposed feudal belief system which is based on clan loyalty. Here liberty is at the discretion of the master and duty to him supersedes all else. In such a society women are traditionally subservient and only those who have power have rights. The glib dismissal of corruption allegations against those in power and their families by sycophantic courtiers fits this worldview.

Examining why the slide has happened is contentious and no doubt sociologists will have myriad explanations. However, for any system of belief to perpetuate and become dominant three essential conditions need to be met. First, the system must have adherents who multiply and convert others leading to an ever increasing mass of followers until critical mass is attained. Second, there must be an indoctrination system which inculcates and strengthens professed beliefs. Third, it must both inspire and coerce to sway people to its beliefs and win over opponents. For example, European enlightenment started with philosophers and scientists propagating reason and scientific method. Universities and institutions such as the Royal Society of London contributed to the spread of rationalism. Rapid scientific advances and the industrial revolution together led to a sea change in the belief system.

In India liberal and rational ideals were imposed rather than being allowed to evolve as in Europe. The lofty aim of the British, as stated by Macaulay in 1833, was to educate Indians into a capacity for better government leading to self-rule by Indians instructed in European knowledge. However, operational necessities of the Raj and the unfortunate identification of these ideals with western thought and British imperialism meant that only a tiny elite had been converted to liberal ideals at the time of independence. This failure to attain critical mass was never going to be sustainable in a democracy. Representative government, expansion of education and opportunities meant that politicians, civil servants and industrialists who held the majority worldview would always seize the levers of power. Contrary to what one would expect, increase in level of education has not engendered liberalism and neither is it likely to. According to Michael Shermer in ‘The Believing Brain', our deeply held beliefs are immune to attack by direct educational tools. They are affected more by the economic, politico-social and religious environment. It is in this context that the apparently cretinous remarks on rape by sundry politicians, bureaucrats and even spiritual leaders can be understood.

As their star has dimmed, modern Indian liberals have increasingly disengaged. The lucky ones have either exited the country or cocooned themselves in a bubble of wealth while others go about their lives looking the other way. Perversely this disengagement weakens their cause further and condemns India to an irreversible slide into medievalism. In any case India was unlikely to be a liberal democracy in the guise of the West as implanted liberal ideals were too foreign and the environment too hostile. The only hope now is that the genius of India at assimilating different values into a chaotic and unique belief system ensures that at least some progressive ideals are adopted. Indeed the process is already underway. Enlightened demands for women’s rights have come to the fore amidst the medieval baying for summary justice through ‘fast-track’ courts, mandatory death penalty and chemical castration for rapists.

The widespread and spontaneous protests following the Delhi rape are heartening. It is an attempt to take back the republic from an atavistic establishment. The protestors have won the initial skirmish but an arduous battle lies ahead. This generation which is coming of age in a globalised and liberal world will decide whether India becomes a feudal state or a modern republic.