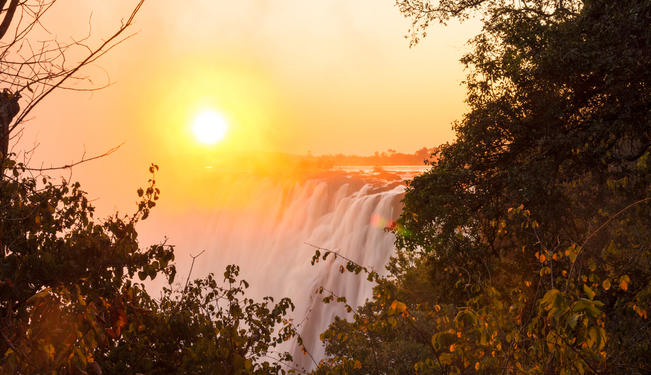 How will Mugabe’s re-election impact relations with South Africa?

Robert Gabriel Mugabe of the Zimbabwe African National Union-Patriotic Front (ZANU-PF), won a seventh term as leader of the government of Zimbabwe. In polls on July 31, ZANU-PF received around 61% of the votes.

The victory surprised only those who lost in the elections. Most independent observers agreed that the polling was conducted peacefully and was therefore “free.” But was it fair? Mounting evidence suggests it was not.

In the 2008 elections, the opposition Movement for Democratic Change (MDC) had won the first round, but in the face of violence declined to participate in the run-off, thereby giving President Mugabe his sixth term of office.

At the time, the Southern African Development Community (SADC), the economic bloc comprising 15 sub-equatorial African states, brokered a compromise whereby a government of national unity was put in place through a mechanism known as the Global Political Agreement (GPA). The GPA was also to provide the tools to develop trust and build independent institutions that would create the means and atmosphere for a future free and fair election.

The MDC then entered into a power-sharing arrangement with ZANU-PF that left the security forces, judiciary, and mass communications in the hands of the latter. It is this monopoly hold over the levers of state power that provided the space for the manipulation of the electoral process.

Evidence of rigging in the 2013 elections, or massive incompetence, has since come to light through the investigations the Zimbabwe Election Support Network (ZESN), an independent organization. According to ZESN, the voters’ roll showed 6.9 million eligible voters. This, by law, excludes the roughly 3 million Zimbabweans who have fled their homeland in the last decade as a consequence of economic hardship and political violence.

The roll itself is of dubious quality. The ZESN found that nearly 1 million persons on the roll were deceased, and another 100,000 were aged over 100 years. In rural constituencies, the roll showed more voters than residents; in urban areas, the very places where MDC has its support base, the roll included only about two-thirds of the number of age-appropriate voters. In general, voters in the 18-25 age group were under-registered. To top it all, an extra 2 million ballot papers were printed, giving rise to fears of ballot stuffing.

How, then, has the outcome been judged? The SADC has thus far refrained from endorsing the credibility of the elections; though Botswana expressed its disappointment at the process. On the other hand, the African Union spokesman, former Nigerian President Olegesun Obesanjo, called the poll “free and credible.” The United Kingdom, United States, and Australia were critical of the electoral process.

President Jacob Zuma of South Africa offered his “profound” congratulations, stating that the “will of the people” was met. Zuma’s endorsement of the election outcome is a reminder that, for many observers, South Africa’s foreign policy follows a curious path.

Reactions from South Africa and Effects on the Economy

In the first flush of the Nelson Mandela government, there was an expectation that the nation’s foreign policy would be guided by the principles of its own Bill of Rights – that the human rights and fundamental freedoms assured to its own citizens would apply to foreign policy as well.

This did not come to pass, with early rebuffs, most notably with the failure of Mandela to prevent the 1995 execution of Nigerian writer Kenule Saro-Wiwa. There were, however, some diplomatic successes for South Africa: as interlocutor between Libya and UK; as mediator in the Great Lakes region; and as peace broker in the Democratic Republic of Congo. But nearer to home, things were cloudy.

Making sense of the stance of the Thabo Mbeki and Zuma administration on Zimbabwe is no easy task. For a start, during South Africa’s liberation war from 1960-1990, the African National Congress derived its main support from the Soviet bloc. In keeping with this position, it was an ally of the Zimbabwe African Peoples’ Union, with a strong following in the small Zimbabwean working class. Mugabe’s ZANU, bordering Mozambique, enjoyed Chinese support, as did Samora Machel’s Mozambique Liberation Front (or FRELIMO) in Maputo.

This ideological divide made for a fraught relationship between the ANC and post-1980 independent Zimbabwe. It is revisionism to claim that the ANC and ZANU were brothers-in-arms and that this brotherhood explains ANC’s present support for Mugabe.

After the 1994 accession to power by the ANC, South Africa’s rise in diplomatic standing on the continent posed a challenge to Zimbabwe, which had positioned itself as the political leader of SADC. From 2003, as the largely self-induced economic crisis in Zimbabwe deepened and hyperinflation ensued, Zimbabwe became more strongly antagonistic toward its previous rulers in Whitehall.

South African diplomats found themselves drawn into a re-run of the Cold War. Africa was not to be a plaything for the West; Africans would find African solutions to their problems; Africans would find partners of their own choosing. States such as China, which respected this dynamic, would be welcomed. Zimbabwe declared a “look east” policy. And, to an extent, South Africa has now done the same, marching to the soft beat of a Beijing drum.

Now, even as the MDC complains that the election was stolen, Pretoria appears to be satisfied with the promise of stability. After all, South African mining, agriculture, and financial service companies are heavily involved in Zimbabwe, and they too might benefit from stability.

But the situation is more complex than that. ZANU is determined to “indigenize” the economy, with equity transfers from foreign-owned companies to Zimbabweans. In anticipation of such a move, the ZANU victory triggered a sell-off on the Harare Stock Exchange, whose index plunged 11%. Some counters shed up to a quarter of their market cap.

With ZANU’s hegemony re-established after the recent election, the government is now free to advance its economic agenda in concert with parties that abide by its rules. But investors want clarity – will this desire be met?

*[Note: Dr. Michael Kahn is a policy analyst on research and innovation. He has been  advisor to the South African government, professor of science education in Botswana and South Africa, and Executive Director of the Human Sciences Research Council. He is presently a consultant to governments, multilateral and donor organisations, and Professor Extraordinaire at the University of Stellenbosch. This article was originally published by Gateway House.]