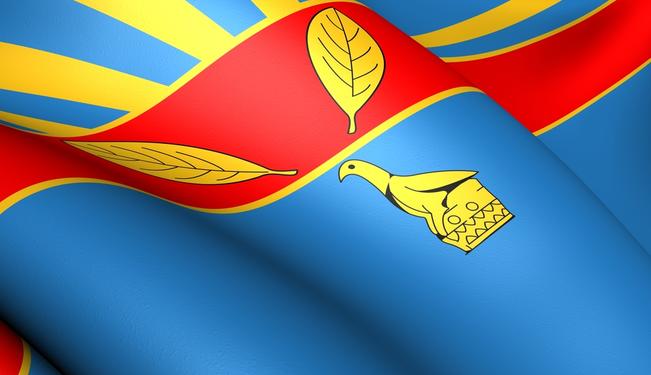 What does the future hold for Zimbabwe after Mugabe’s re-election?

The victory of Robert Mugabe and ZANU-PF — although challenged in court by MDC and marred by suspicions of fraud and illegal practice — represents a political step of extraordinary importance. It seems as if cheating was not the only reason the old leadership won at the ballot box, as there was still considerable support for Mugabe throughout the country. So fraud allegations aside, how can this victory be explained and what consequences are likely for Zimbabwe, Mugabe, and ZANU-PF?

Throughout the previous power-sharing agreement, the last term of Mugabe and ZANU-PF was anticipated. This optimistic view, however, was contrasted by Zimbabwe’s political reality and shifts in allegiances during these five years. Even before July 31, Mugabe was in the lead — although the margin was considered narrow. This was a surprise, given the election results of 2008.

However, Mugabe and ZANU-PF kept a grip on power sources such as the army, police, popular militias, judicial system and media. This apparatus guaranteed control over information and served as a tool of intimidation. The power-sharing and its minor reforms did not touch Mugabe’s power circle, therefore allowing him to maintain a clear advantage. He made sure his voice would always be heard in the political process.

ZANU-PF maintained a strong grip in the countryside, where policies of land redistribution brought some benefits to poor peasants. By using powerful propaganda and policies designed around the proposed “indigenization,” Mugabe mixed old Marxist and anti-colonialist rhetoric with a nationalist agenda, thus maintaining this strong core of supporters. Moreover, the party penetrated opposition strongholds in urban areas, where the link between MDC and Western powers was stronger and where ZANU-PF’s nationalist campaign found easy targets. This conquest was also possible because of MDC’s internal divisions and a decline in support that followed claims of corruption, sexual scandals, and the connivance of many MDC officials with ZANU-PF's abuse of power privileges — ultimately distancing them from common Zimbabweans.

In fact, the power-sharing damaged MDC more than ZANU-PF. The so-called “marriage of convenience,” better known as a “pact with the devil,” turned out to be a difficult road for Morgan Tsvangirai. Mugabe, who openly admitted to hating this agreement, learned quickly how to adapt and made sure that the experiment would be sent to the dustbin of history. Tsvangirai appeared to be passive or not strong enough to resist authoritarian tendencies of the old leader. Whilst accusations of corruption and abuses of power are common and not new to Mugabe or his party, they destroyed the image of an upright and uncompromised Tsvangirai and MDC. Zimbabweans changed their perceptions as a result of crude political calculations — citizens were presented with two questionable leaders, in terms of experience, expertise and the capacity to hold Zimbabwe together.

What consequences does this victory bring and what are the main challenges for Mugabe and ZANU-PF?

First comes the economy which, in recent years, recovered from the abyss of hyperinflation and economic fallout. Slow progress and a renaissance of investments have generated optimism with a GDP growth of over four percent in recent years.

Nevertheless, this trend slowed down recently, signaling that there are still uncertainties in the future. Mugabe’s indigenization project, by which foreign companies will have to pass 51 percent control to locals, is not only a powerful propaganda tool, but also a real economic program. The policy could backfire if applied without caution, and Mugabe could lose the opportunity to open the market to powers that have an interest to invest in Zimbabwe, such as China and Russia.

In foreign policy, Mugabe has turned the table since 2008, when he was isolated by everyone. Except from Botswana, he managed to reconcile all traditional allies and garner support from Austral African powers as well as from other developing countries. Recent turmoil such the Arab Spring has contributed to this change. The “two standard policy” amongst Western powers is more obvious than ever, and has made the world look differently at issues such as humanitarian intervention. Mugabe is still seen as a hero of the struggle against white minority rule — the last of the anti-colonial fighters. He is a figure that has grown with the increasing divide between western powers and Russia, China and the developing world. This is a critical time for Mugabe’s "divide et impera" strategy and, this time, he will not be isolated.

Mugabe’s relationship with the opposition, though, is what will put his leadership to the test. As already mentioned, Mugabe openly detested the power-sharing agreement. He even made a public pledge that it would not happen again. Signs are that Mugabe, backed by an internationally acknowledged victory, has apparently left the opposition with only two choices: turning to the courts or conducting frontal attacks. In either situation, Mugabe will be victorious. It is therefore most likely that he will continue his isolation strategy towards the MDC, exacerbating tension and pushing them towards irresponsible actions in order to legitimize repression.

Nevertheless, there is not only good news for Mugabe. There is one big challenge that will lead to an internal crisis for Mugabe and ZANU-PF: the problem of succession. Many observers question whether the 89-year-old leader will be able to complete his term. In recent years, rumors about his leadership being challenged internally have become louder. Many are concerned that a military wing will take advantage of an ageing Mugabe. Especially in the absence of a clear succession policy, there is fear of a possible authoritarian turn once the president leaves power. Until now, no official testaments or designation have been made, and the signals from Mugabe are ambiguous at best.

On one side is Joyce Mujuru, considered a reformist. On the other side is Emmerson Mnangagwa, defense minister and a hardliner. Whilst Mugabe has already endorsed Mujuru as a likely successor, in all public and official appearances, only Mnangagwa is on his side among higher army officers.

Mugabe could be playing the same "divide et impera" strategy used in his foreign policy. By weakening both wings of the party — reformist and militant — Mugabe guarantees his grip on power. At the same time, as the army, police and state militias have been unchallenged by the reforms, and as the reformist wing has not been granted a voice by Mugabe, there is the risk that the party may collapse in the near future.

The elections therefore may have given ZANU-PF a victory in the short term, but could turn out to be the “kiss of death” in the long run. This, however, may also present a third option to MDC that might be more feasible than legal or violent clashes: avoid their own isolation by contributing to a split in ZANU-PF.

ZANU-PF is not a monolithic party anymore; the central democratic principle that animated the Leninist conception of the party is long gone. In this situation, as with other one-state parties, ZANU-PF can only exist as long as its ruthless leader is the glue for two sides that are otherwise incompatible. MDC will need to use a smart policy in seeking a future partner when Mugabe leaves power, and they must make sure that the reformist wing is strong enough to avoid Zimbabwe following the pattern of other African countries that are hostages to ruthless military establishments.

The elections may have defeated the MDC and assigned a clear victory to Mugabe, but in the long term, Zimbabwe’s future is less certain than five years ago.