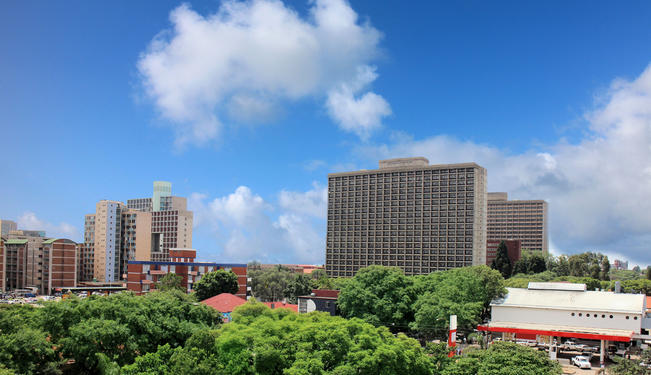 Did Zimbabwe experience a moment of systematic fraud?

The overwhelming victory of Robert Mugabe's ZANU-PF came as a shock. Zimbabwe now has to deal with a Mugabe in full power and with a parliamentary majority that allows him to change the constitution at will. His reelection of a 61% majority, with the party obtaining 160 out of 210 seats, is questionable.

So whilst Mugabe and ZANU-PF hailed the victory as a historic achievement, the MDC and Morgan Tsvangirai denounced it as a farce. A list of allegations was quickly brought up that accused Mugabe of "monumental fraud." One of the main points was the electoral register that was published only a day before the elections. It was made available to the MDC as a hard copy but no electronic copies have been produced. The MDC claimed the register was based on a copy from 1985, and contains 838,000 duplicate entries with the same name, address and date of birth; 350,000 people aged over 85; and 109,000 aged over 100.

In addition, according to the Zimbabwe Election Support Network (ZESN), at least 1 million voters were turned away from polling stations, especially in urban areas. Furthermore, the MDC accused ZANU-PF of using the authority of traditional rulers in rural areas to intimidate voters and "force" them to vote for Mugabe's party.

Abuse of assisted voting was also reported. In fact, this facility is intended to help the illiterate or disabled to cast their ballots, but Zimbabwe has a level of literacy well above 90% and African Union (AU) observers expressed concern over its wide use around the country. On top of that, the unilateral campaign orchestrated by state-run media in favor of Mugabe and ZANU-PF, was condemned both by the AU and the Southern African Development Community (SADC).

While the elections were monitored by the AU, SADC and ZESN, Western monitoring groups were not invited; or in simple words they were banned. The AU and SADC declared the election free and fair, without violence, but with a huge turnout and no signs of evident fraud. Nevertheless, they both agreed that there were some irregularities that must be investigated. Although, Olusegun Obasanjo, the AU mission chief, declared that these irregularities were not significant enough to affect the overall result of the vote. The ZESN was the only group which openly accused ZANU-PF and Mugabe of fraud and unlawful practice.

As Obasanjo explained, every election is far from perfect and the one in Zimbabwe was even more peculiar. Compared to previous elections, as well as the pre-election tension, the calm and orderly manner of the recent election was surprising. Long queues and an absence of violence were seen as a clear sign that Zimbabweans as a whole were exercising their free will and citizen rights.

Nevertheless, when analyzing the accusations, it appears the claims are not easy to assess and they could either support or nullify the allegations of electoral fraud.

Accusing local villages’ chiefs of using their authority to force locals into voting for ZANU-PF candidates is not farfetched. However, one could also wonder why coercion was supposedly used in ZANU-PF’s strongholds in rural towns.

Moreover, when looking at the claim that voters were turned away from polling stations, the picture becomes even less clear than it already is. AU and SADC observers expressed some concerns but they were far from following the ZESN’s accusations. Under ZESN reports, voters were turned away in over 80% of stations in urban areas and less than 40% in rural ones — indeed, it appears strange that AU and SADC observers were unaware of such occurences. These observers were outnumbered by the ZESN, but they targeted key areas such as Harare or Bulawayo which are considered to be the MDC’s fertile grounds. If the deterring voters was mainly aimed at thwarting the opposition, it is difficult to believe that observers do not have any proof to confirm accusations by the ZESN.

The issue is, did such incidents really influence the final result? The ZESN said the total number of voters turned away was 1 million, which is the exact difference in votes received by Mugabe and Tsvangirai. Indeed, it is far from clear to conclude that all these voters were supporters of the MDC. Foreign correspondents noted, for example, that voters were actually turned away as MDC and ZANU-PF parties’ officials pressured station poll agents to contact the ZEC for a register check.

This raises an important and rather uneasy issue: How free were monitoring agencies, especially the foreign ones? We should remember that the AU and SADC were skeptical about the elections and suggested postponing them.

So collusion with the Mugabe regime seems rather unlikely, which means there is only one logic conclusion: monitoring agencies were caught up in an orchestrated plan by Mugabe. By presenting what appeared to be a flawless and violence-free election, Mugabe has divided what was once a monolithic bloc that linked the MDC to the international community, and especially to its African part. The Zimbabwe president has regained consensus from African partners and isolated the MDC with its international sponsors: the US and the UK.

What about the (in)famous electoral register? Conflicting information regarding the register is widely available and for close observers, the only chance to shed some light on the issue would be if someone managed to get their hands on the actual document. Unfortunately, the hunt for the electoral register has become like the search for the Holy Grail — for whoever owns it will be granted eternal life. Ironically, it seems this “lucky” man is Mugabe.

ZANU-PF claims it doesn't have a copy and the ZEC, which was responsible for publishing the register before the vote, refuses to give anyone reading access.

It is claimed the MDC had proof that the register was fraudulent even before the elections, but restricted public access to it.. Without a freely available copy for independent analysts, Zimbabwe's elections are not transparent enough for a fair assessment.

All the points made above are a starting point for anyone who questions the credibility of Zimbabwe's elections. On the other hand, however, contradictions weaken the case of those who shout fraud.

This analysis, therefore, is back to one fundamental point: Did Zimbabwe experience a moment of monumental fraud or simply an irregular process, similar as seen before in other African countries?

The second option seems more likely. Zimbabwe, as with other African countries, is a dysfunctional republic where whoever is in power has disproportionate access to resources, guaranteeing loyalty and success. This is even truer in the case of Mugabe, whose circle of power has been untouched for years. Mugabe, who probably led the race before the vote but who was far from winning at the first round, might have obtained some kind of assistance to make it a clear cut victory. By doing so, he did not only secure his access to power, but also pushed the opposition over the edge.

Mugabe is an experienced and clever politician, able to adapt like a chameleon. The events of 2008 were something to avoid this time and it will be left to the opposition to take action — either through courts controlled by ZANU-PF loyalists, or through frontal attacks that could backfire by allowing Mugabe to justify repression.

So if these elections are not a moment of monumental fraud, they can most appropriately be defined as a surgical intervention to remove obstacles to victory, by using systems and people at the limit of legality, surrounded by a complex network of illegal actions whose ties are impossible to link with the surgeon. In other words, this was a "schizophrenic election" in which legal and illegal actions coexisted — a mirror of Zimbabwe’s leader and a masterpiece of cunning techniques.