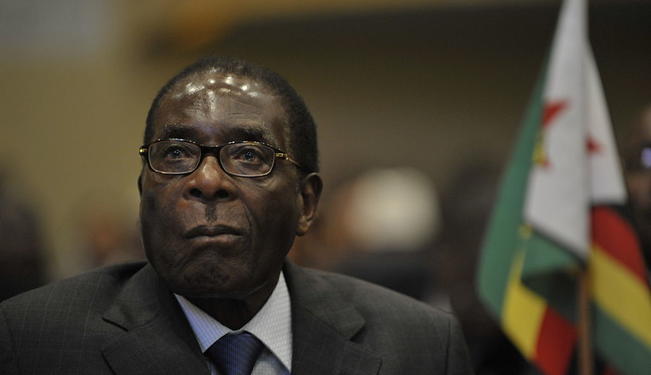 Who will succeed Robert Mugabe?

Although many external observers such as the African Union (AU) and the Southern African Development Community (SADC) endorsed the results of Zimbabwe's last election, Robert Mugabe's 2013 victory was marred by accusations of manipulation and fraud. Nevertheless, Mugabe was sworn in once again as the president of a country that he has ruled since independence in 1980.

After its defeat, the Movement for Democratic Change (MDC) raised its voice to fight for a recount or a rerun. Left without external support and even abandoned by traditional key players such the SADC and the AU, Morgan Tsvangirai's party had to carefully plan its strategy.

Gone were the frontal attacks, however. Now, the party keeps a low profile of hot-button issues such as Zimbabwe's corrupt institutions. While MDC still does not completely refrain from public accusations of the country’s leaders, its strategy is now more linked to an issue that will dramatically affect Zimbabwe’s future: Mugabe's succession.

An ongoing internal dispute between moderate and hard-liner factions within the ruling Zimbabwe African National Union-Patriotic Front (ZANU-PF) could influence future MDC actions. If the moderate wing takes over, a possibility for cooperation between ZANU-PF and MDC would arise.

If, however, the hard-liners win, MDC will have to struggle for its survival. Although Tsvangirai’s party must carefully choose its strategy, a potential division among ZANU-PF's elite could be the starting point for rebuilding MDC's fortune.

Debates over Zimbabwe's economy continue to remain important. In its five years of power-sharing, Zimbabwe experienced stable growth: inflation decreased and some optimism returned to Harare.

Mugabe’s most recent victory, with his plans for an indigenization program, has been seen by many stakeholders as the "kiss of death" for the economy. In reality, however, the Zimbabwean economy is in limbo due to inaction.

In a recent report, Business Monitor International (BMI) forecasted Zimbabwe's economy to grow by 3.4%. This differs immensely from the government's forecast of a Gross Domestic Product (GDP) growth of 6.1% this year, driven by the mining, agriculture and tourism sectors.

The discrepancy between these two figures may stem from Zimbabwe's lack of important investments, near-empty coffers, and huge external debt in addition to slow industrial productivity and infrastructure deficits. Zimbabweans are still suffering hardships, while the constant threat of famine plagues the countryside.

Nevertheless, Zimbabwe is far from the disastrous years prior to 2008 when the economy appeared to be deteriorating. The economy, therefore, does not seem to be crucial for ZANU-PF's agenda at this time. Similar to MDC, their main concern is Mugabe's succession.

Mugabe's power is likely to wane in the near future, due to either health problems or an attempt to orchestrate a transition before his death. ZANU-PF will have to face the difficult task of appointing a successor at the annual Congress, which is to be held in December.

The main battle for power is between representatives of the two dominant factions of ZANU-PF: Joice Mujuru and Emmerson Mnangagwa. The first is a popular figure who identifies as a moderate; the second is a hard-liner with powerful links to the military and security establishment.

Vice President Mujuru represents a wing of the party that is wary of the years of stagnation and has grown tired of ZANU-PF's lack of ideas. They favor a moderate approach to resolve disputes with the opposition. They also have strong support among the grassroots members of ZANU-PF, who are far away from the privileges of the party's elite.

This bloc advocates an open-market and reviving relations with the international community, including Western powers. Mujuru increased her chances of becoming Mugabe's successor by winning nine out of ten provinces in the party's provincial elections last December.

The provincial chairpersons and their executives play a central role in electing the party's national chairperson, two vice-presidents, and future presidential nominee.

But Mujuru's victory may not be enough, mainly because party allegiances could change easily, especially due to concerns over widespread corruption. Additionally, Mujuru's camp is not a united front, while it also lacks ideological cohesion as well as support in key state institutions. The moderate coalition has little control over the police, army and judiciary — the main foundations of Mugabe's longstanding power.

Mnangagwa, a powerful, feared and questionable figure, presides over the so-called "hard-liners" or "old guards." Having played a strong and dominant role in Zimbabwe's history, the  voice of this powerful group will no doubt carry a great deal of weight in the succession struggle. Mugabe's long reign of power would not have been ensured without the support from this formidable repression apparatus that is seeking to maintain its privileges.

Mugabe's strategy of putting the military and security sector in command, in a way that resembles the North Korean "military first strategy," has guaranteed his power. It has also made him the only man in the country capable of controlling these forces. Observers fear that once Mugabe leaves office, this powerful group will break loose and act independently, thus breaking a fragile equilibrium between ZANU–PF and Zimbabwe's society.

Although Mnangagwa does not have support from the party's base level, he has established strong ties with the intelligence and military, partly through his previous role as defense minister.

However, like Mujuru, Mnangagwa is not powerful enough to win outright; the absence of popular support and the fear of a turn toward authoritarianism could play a role in undermining his chances.

At the moment, the two contenders stand neck and neck in the race for future supremacy. For one of them to break ahead, either Mujuru or Mnangagwa needs a final push: an endorsement from Mugabe.

Who Does Mugabe Favor?

Until now, Mugabe has used all his political prowess to keep the party under his feet. By splitting, appeasing and blocking different factions, he has preserved unity and avoided military rebellions, civil unrest or challenges to his leadership.

Mugabe has manipulated Mujuru's rise to the ranks to please not only MDC, but also the international community and internal supporters. At the same time, he has opened political doors for Mnangagwa by assigning important government ministries to the up-and-comer, including state security, home affairs, defense and justice.

It seems as if the signs point to Mnangagwa as Mugabe's successor, a prospect that has both positive and negative implications. He could ensure continuity of power and, therefore, keep foreign powers and opposition parties at bay. However, there is a risk that Mnangagwa could become too strong and plunge Zimbabwe into a military dictatorship.

Mujuru, on the other hand, could bring economic stability and rebuild Zimbabwe’s image. But she is seen as politically weak and not powerful enough to resist the pressure from internal hard-liners, the opposition or the international community.

Mugabe's choice, therefore, is not only between moderates and hard-liners or between Mujuru and Mnangagwa, but it is also between national and personal interests. If Mugabe is really the father of Zimbabwe, he will have to ensure that the transition will bring stability, growth and security.

In this sense, Mujuru's leadership backed by hardliners could be seen as preferential; thus opening the county while keeping in mind the party's orthodoxy. If personal interests prevail, however, Mnangagwa will become the heir apparent.

The days of Mugabe's divide et impera strategy may be numbered. The months leading up to December will be tense. A recent false rumor about his death sparked an uncomfortable silence and disbelief around Zimbabwe, leading the public to question what will happen to a country identified with a "one man" power. Such an incident is only an omen of things to come.