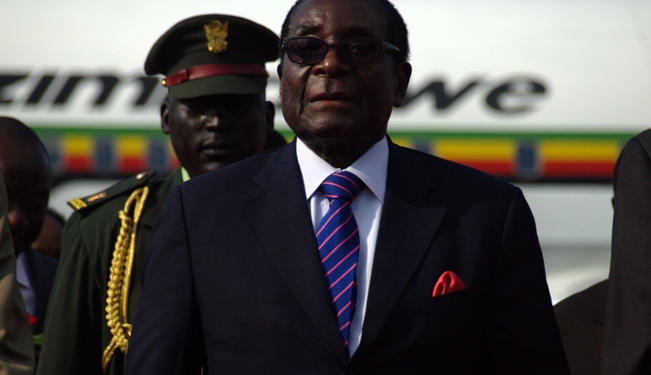 Whether Zimbabwe's elections are free and fair matters little for the international community.

Amid the hand wringing from the outside world over how free and fair Zimbabwe's elections will be, one uncomfortable question lingers. Does it really matter? Yes, 1 million dead voters remain on the voters roll. Yes, Robert Mugabe has banned all but African election observers. And no, the new constitution has not ushered in a new era of press freedom.

The Brussels-based International Crisis Group sums up the concerns. "The voters roll is a shambles, security forces unreformed and the media grossly imbalanced," it said in a report released on Monday. "Conditions for a free and fair vote do not exist."

And yet Zimbabwe's neighbours do not appear to care. South African President Jacob Zuma says Zimbabwe has "done the best so far" considering the short amount of time they had to organize this election. His thoughts echoed that of his ex-wife, the African Union chief, Nkosazana Dlamini-Zuma who claims she has been assured by Zimbabwe’s Electoral Commission that problems have been rectified and everything is in place.

So why does South Africa and the rest of the African Union turn a blind eye to the concerns raised by the outside world? It comes down, according to one observer, to realpolitik.

"I think whether a free and fair election is possible is totally irrelevant at the moment," says Muhamed-Nur Nordien, a political analyst in Johannesburg. "Stakeholders within SADC (Southern Africa Development Community) really just want to see this election happen, and for it to go off as smooth as possible. Trying to contain whatever happens post this election is probably more important from a realpolitik perspective than whether the election really is free and fair."

It is a sad fact of politics that pragmatism trumps principles. The last thing South Africa wants is an unstable Zimbabwe, which could lead to a refugee crisis on its border. It is also reluctant to criticize Mugabe's political party, Zanu-PF. If South Africa points out that a liberation movement can lose its democratic credentials, what does that say about the African National Concress (ANC)?

Western powers also appear to have resigned themselves to an extension of Mugabe's 33-year rule. The European Union lifted most of its sanctions after Zimbabwe's new referendum was approved in March. And US Secretary of State John Kerry offered to “revisit” current sanctions against Zimbabwe if upcoming elections are transparent and peaceful — or at least are seen to be.

So despite the best effort of activists, there's no political will to criticize these elections. Diamonds, it seems, are worth more than democracy.

It matters little whether ordinary Zimbabweans' votes are cast freely or counted fairly. What matters most is that this election does not disturb the status quo, so that everyone can all go on with business as usual.

*[Note: This article represents the views of the author and not the perspectives of AFP.]