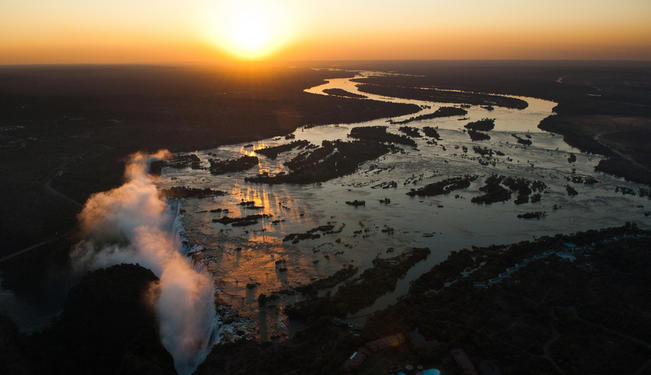 The elections in Zimbabwe might mark the end of Mugabe.

Zimbabwe is approaching the historic date that will mark a new era for the country. On July 31, the last chapter of the power sharing saga will come to an end with the long awaited presidential and parliamentary elections taking place. Everything has been said, analyzed and debated about power sharing and Zimbabwe's course in these last five years, and it is now time for Zimbabweans to use their right to decide their own destiny.

Although alarming signals are emerging, such as a dispute over the electoral voters roll, harassment from security forces, or an ongoing ban on media, it is imperative to offer a preview of what is at stake for Zimbabwe.

Candidates include President Robert Mugabe of the Zimbabwe African National Union-Patriotic Front (Zanu-PF); Prime Minister Morgan Tsvangirai of the Movement for Democratic Change (MDC); Welshman Ncube, the current industry and commerce minister and leader of an MDC breakaway party; and Dumiso Dabengwa, leader of the Zimbabwe African People's Union (Zapu), a former Zanu-PF rival that merged with it in 1987 but broke away again in 2008. Kisinoti Munodei Mukwazhe, who represents the small Zimbabwe Development Party (ZDP), withdrew his candidacy.The main contenders were once enemies and then partners in the Mugabe and Tsvangirai government.

Robert Mugabe, 89-years-old, is one of the longest serving heads of state. Seen as a hero in the long armed struggle against white minority rule in Ian Smith’s Rhodesia, Mugabe was then considered the father of the new nation. His party, ZANU, has been in power ever since. However, political tensions turned into open repression of the other strong liberation movement, ZAPU, in the 1980s.

During his time, Mugabe survived internal turmoil, the end of the Cold War, and the changing political scenario in austral Africa with the end of the Apartheid. However, under his rule, the economy soon plummeted and Zimbabwe saw its worst era with hyperinflation, rising corruption and famine.

Politically, Mugabe can claim sucess for transforming the education system and for having (reluctantly) accepted a coalition government to save the country from internal destruction. He is also planning on transferring full control over the economy to black Zimbabweans. However, most importantly, Mugabe can still count on sectors such as the army, judiciary, security forces and the media. In case of a victory, Mugabe will need to ensure economic growth, continuing the country's recovery and give way to reforms for the liberalization of society.

But the main task will be finding his successor. Zanu-PF officials and the army are closely watching a frail leader. With no successor, their privileges could be at stake very soon, thus leaving more questions than answers in case of a Mugabe win.

Morgan Tsvangirai, 61-years-old, is the powerful opposition leader. His MDC party won the elections in 2008 and soon after had been forced by violence to enter a “marriage of convenience” to save the country.

After five years in power with Mugabe, Zimbabwe and Tsvangirai’s MDC have changed. The party seems to have lost the spark it once had to stimulate and capture the hearts and minds of millions of Zimbabweans. People started questioning the party after rumors and accusations of corruption concerning MDC officials. Tsvangirai himself has been at the center of scandals involving women and his private life — which, as a result, have damaged his popularity.

His plan to reform society by initiating political reforms and a free market will be nothing compared to the main task: to demolish and rebuild state institutions built on a “one party state” system. In case of victory, Tsvangirai will need to act as a skilled surgeon, dressed as a diplomat. He may find himself in power, surrounded by Zanu-PF officials in key state sectors, by an army not ready to abandon its privileges, and with corruption difficult to tackle on the weak side of power instructions. Reforms will be necessary, but vengeance or a rushed “cleaning” would mean taking a dangerous road which might be similar to the one that led President Mohammed Morsi of Egypt to be overthrown.

Over the past five years, Zimbabweans endured every difficulty, but they look to Wednesday with hope. They hope that July 31 will be a historic date like their independence day. A day to remember for every Zimbabwean with joy.