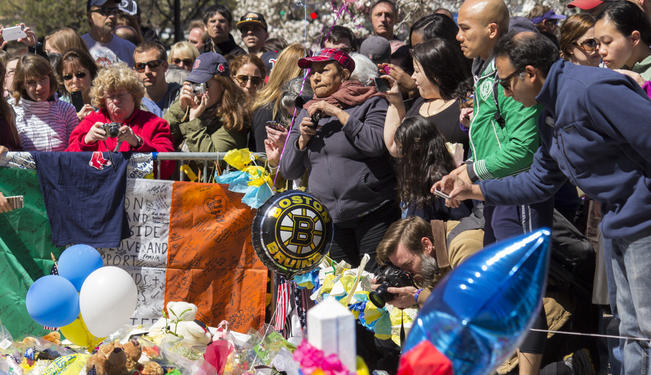 Leaks of information from Russian security services offer more questions than answers over the Boston Bombings. *[Note: This article was originally published by The Jamestown Foundation.]

On April 27, the Russian newspaper Novaya Gazeta published an article on the dead Boston bomber suspect, Tamerlan Tsarnaev, based on information it received from the Russian security services. It cited officers of the Dagestani Center for Combating Extremism who said they became aware of Tsarnaev’s presence in the republic in April 2012, and registered his “repeated” meetings with 18-year-old Mahmud Mansur Nidal, who had previously been under surveillance for a year. The police considered Nidal to be a recruiter for the Dagestani insurgency, so the police scrutinized everyone who contacted him extensively. The Novaya Gazeta report directly contradicts an earlier statement by Dagestani Interior Minister Abdurashid Magomedov, who stated that Tsarnaev indeed visited Dagestan in 2012, but stayed in the republic only for 3-4 days to receive his passport and left the republic before the passport was ready.

Nidal was killed in a special operation in Makhachkala on May 19, 2012. The police accused him of participating in a terrorist attack on a police checkpoint in the city last May. That day, police sealed off a house in the Dagestani capital in which Nidal was located along with several other people, including women and children. About 300 protesters gathered nearby to prevent the security services from storming the building. Eventually, everyone in the house was allowed to come out alive, but Nidal was killed. Conflicting reports circulate about his death. Some sources claim that he was killed on the spot as he tried to surrender, while other sources asserted that he resisted the police and was subsequently killed.

Nidal’s alleged involvement in the attack on the police checkpoint in Makhachkala was peculiar in that he was reportedly responsible for the recruitment of new rebels, and presumably not directly involved in insurgent operations. Even more puzzling is the fact that after registering repeated meetings between Nidal and Tsarnaev and killing the former in a special operation, the police did not even question Tsarnaev. The older Tsarnaev brother stayed in Dagestan for another two months after Nidal was killed, so the security services had ample time to interrogate him.

The special treatment Tsarnaev received in Dagestan is especially surprising in light of what happened to another foreign citizen of Russian origin. William Plotnikov, a 21-year-old Canadian citizen, was detained in the coastal Dagestani city of Izberbash south of Makhachkala in 2010. Plotnikov had reportedly converted to Islam in Canada and went to Dagestan to study the religion. According to Novaya Gazeta’s source in the security services, they used “a wide range of special equipment” on Plotnikov and extracted from him a list of people he communicated with abroad, including Tamerlan Tsarnaev. On July 14, 2012, Plotnikov was killed by the police forces in Dagestan; on July 16, 2012, Tsarnaev left Russia for the United States, according to the same sources in the Russian security services. The sources further alleged that Tsarnaev had unsuccessfully tried to join the insurgents, became scared and left Russia in a hurry. Curiously, even though the Russian security services put Tsarnaev under surveillance, they did not detect his departure from Dagestan or, later, from Russia.

The Novaya Gazeta report raises several important questions. The Russian security services admitted they extensively interrogated Plotnikov, a suspected radical who was a citizen of Canada and possibly of Russia. The authorities interrogated Plotnikov in 2010 despite the fact that they had practically no incriminatory information on him and thus eventually released him. At the same time, they followed up on Tsarnaev, who allegedly met and had meetings with Mahmud Mansur Nidal, a known radical, but did not even bother to question Tsarnaev, who was even more susceptible to being interrogated by the Russians since he apparently was applying for a Russian passport and did not have US citizenship.

The Russian media displayed an uncharacteristic attitude toward the suspected terrorists. On April 28, one of the country’s major TV channels, NTV, featured an interview with the mother of suspects, Zubeidat Tsarnaev, in which she again insisted that her sons had been “framed.”

The substantive part of the interview revealed little that was new, but what was interesting was the very fact that she was featured on a major Russian TV channel. This is normally not the way relatives of suspected terrorists are treated in Russia. On the one hand, Russian media are threatened by the law against “propagating terrorism,” and featuring a suspected terrorist’s mother would count as such an act. In addition, the relatives of suspected terrorists are often treated with suspicion, based on an implicit expectation that they could carry out an attack to avenge the killing of their relative.

Zubeidat and Anzor Tsarnaev do not seem to have experienced any of these usual attitudes in Russia. If the Russian security services had prior information about Tamerlan’s attempt to join the North Caucasian insurgency, then they surely cannot trust his parents. Yet, the Russian security services appear to be courting the parents instead of persecuting them. Zubeidat and Anzor Tsarnaev reportedly left Dagestan for Moscow. While in Dagestan, the police protected Anzor Tsarnaev from excessive contacts with journalists. This level of protection for someone whose sons are accused of terrorist activities, not only abroad, but also domestically, is highly unusual in Russia.

The Russian security services’ gradual leaking of information invites more questions than it answers. Much more information will have to be released in order to understand why the Tsarnaev brothers turned so violent in Boston.