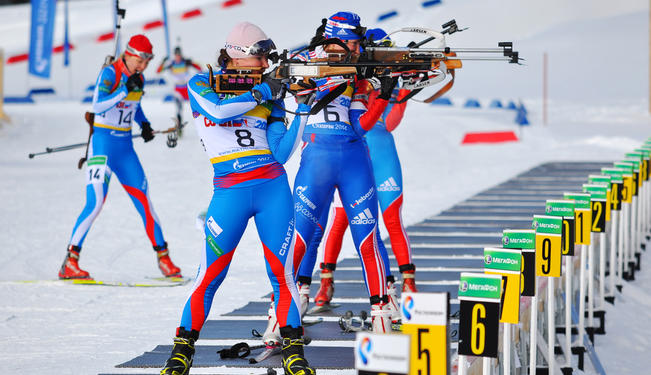 Political turmoil in the North Caucasus threatens to mar the Sochi Winter Olympics.

On July 3, the leader of the Chechen terrorist group “Emirate Caucasus,” Doku Umarov, released a video where he urged his supporters to disrupt the 2014 Olympic games in Sochi. In his video, he calls the games a “satanic dancing on the bones of our ancestors” and encourages “every mujahideen to apply ‘any means permitted by Allah’ to unhinge the Sochi Olympics.” In his message, Umarov also lifted a moratorium on terrorist attacks in Russia that has been active since February 2013. Due to unprecedented protests in Russia last year, he banned attacks on civilians seeing the Kremlin as a common enemy for Chechens and Russians alike. However, in his recent video message, Umarov stressed that Russia must be punished for its “barbaric acts on the Caucasus.”

Soon after the video was released, the head of the Chechen Republic, Ramzan Kadyrov, addressed the public and promised to annihilate the leader of the terrorist group prior the commencement of the games. Kadyrov earlier admitted that one of his biggest dreams was to kill Umarov, but added that the terrorist group leader is powerless. Kadyrov called him “a rat” that can only bubble from underground. Only five days after the video’s release, Chechen Special Forces hunted down and liquidated a prominent Umarov supporter and bodyguard of three years, Rustam Saliev. Regardless of what Kadyrov says about Umarov’s weak influence in the region, Kadyrov is still taking Umarov’s threats seriously and striving to demonstrate his dominance over the local extremist groups.

However, according to leading Russian expert on Islam, Alexei Malashenko, the main threat is not Umarov, but terrorists acting independently on their beliefs and desires to punish foreigners. He argues that it is not as hard to spot a group of extremists as to identify a single suicide bomber, which became evident after the Boston Bombings. He noted that the prime goal of the Umarov’s message is to scare people off the games and to annoy the Kremlin.  However, as of now, it is not clear whether or not terrorists will orderly attempt to disrupt the games and what will be  the scale of their effort.

Some experts think the negative attitude towards Moscow and the Russian government will dramatically increase as Russian Special Forces struggle to provide security in Sochi. Local police and Speznaz’s (the Russian Special Forces) hawkish behavior, caused by tremendous pressure from the top, will most likely motivate the region’s population to support extremists.

Negativity towards the federal government in the North Caucasus has always been widespread due to multiple grave and unresolved social and economic problems in the region. Corruption of federal institutions, high unemployment in Dagestan, Chechnya, Ingushetia and other major cities have been causing frustration amongst the growing generation for years while encouraging them to look for an alternative social justice system in order to solve their problems. Eventually, the idea of a society based on Islamic law and tradition, an “Islamic space,” came onto the scene, uniting the masses who are resentful and irritated by Moscow’s policies.

Russian officials are having a hard time realizing the extent of the region’s discontent, and thus treating all anti-Moscow sentiments as actions of an Islamic opposition that simply can and should be suppressed. While it is not clear what goal the Umarov video pursued, it will certainly goad Moscow officials into working more indiscriminately with the locals to ensure utmost security. Consequently, due to the lack of understanding of the region’s core problems and absence of adequate relations between Moscow and the North Caucasus, radicalization of the region will severely accelerate. Hence, even if Russia will succeed in providing security during the Olympics, it will inevitably face ponderous consequences due to its shortsighted policy in the near future.

Meanwhile, in the midst of preparations for the Olympics, several Chechen Operational Officers – a special Moscow unit of bodyguards at the head of the Chechen Republic – have been accused of various crimes, including kidnappings, rape, torture and extortion in the Moscow region. A group of them kidnapped a mafia member who was stealing in the capital and reselling luxury cars, such as Porsche and Lexus, to other smaller cities. They tortured him for days trying to extort a large sum of money and one of the vehicles. After several days of torment, the bleeding and severely injured victim was left on a street where Moscow police found him on the verge of death.

Russian Federal Security Service (FSB) agents painstakingly investigated the case for more than a year. During that time they visited Chechnya to gather evidence and risked their lives digging deeper into the background and connections of the Kadyrov bodyguards. However, after preparing an irrefutable evidence base, the Moscow court released seven detainees on bail, frustrating the FSB agents and endangering them and their families. According to one of the FSB investigators, they received an order from the “top” to leave Kadyrov’s people alone until the end of the Sochi Games.

According to the chairman of the regional Committee Against Torture, Igor Kolyapin, kidnappings and torture are quite common in Chechnya, and are usually not pursued by court since they are mainly committed by local police or federal forces. The criminals in uniform enjoy almost unlimited freedom in Chechnya due to their proximity to Kadyrov, who, in turn, is the only suitable candidate to be the leader of Chechnya in Moscow’s eyes and, hence, is immune to any critics — even the Kremlin’s dissatisfaction.

Splashes of Chechen violence observed in Moscow are increasingly annoying for the capital’s FSB. Although Moscow officials ignore the impunity of the Chechen forces in Chechnya, they cannot tolerate it in the capital due to excessive public attention and resentment among Moscow authorities. However, it seems as though the Kremlin is determined to indulge Chechnya’s uniformed criminals in their crimes since Moscow desperately needs their help to prevent terrorist attacks in Sochi.

The Chechen extremists will inevitably try to undermine the Russian government’s reputation by disrupting the Sochi games. However, if the powerful Putin-Kadyrov tandem applies all its resources to prevent an attack, it is dubious whether or not the terrorists will succeed. On the other hand, the games will have grave and lasting consequenses for the North Caucasus. The effects of Russian police brutality will echo far and long after the games when Moscow’s control loosens. Extremists will either aim to attack Moscow in response to the “satanic dancing” on their land, or they will ignite more Chechen civilians to revolt against the capital. Also, in case the Kremlin decides to stop the violent frenzy of Chechen militants and call them to justice, Kadyrov will lose support of his bandits and Moscow will consequently lose control over Chechnya. But apparently the Kremlin is not worried about internal disasters as long as Russia succeeds in producing a beautiful, yet fake, image of the country’s prosperity and stability for the West.