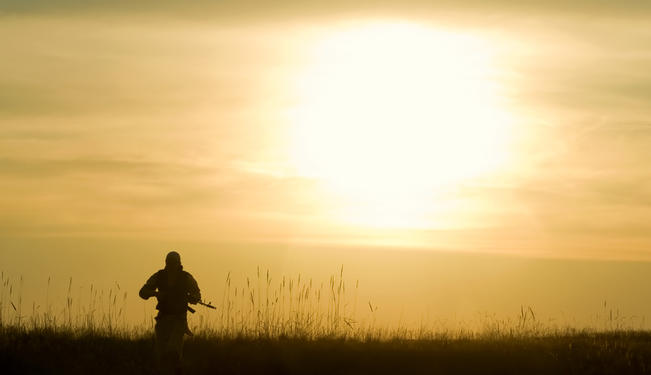 Because the Boston Bombers came from Chechnya, the country is now back on the public agenda.

With the Boston Bombings, public attention has returned to the subject that disappeared from the media over the last few years: Chechnya, the attackers’ country of a origin. At present, it appears that Tamerlan and Dzhokhar Tsarnaev were acting independently. There is evidence that suggests the older brother, Tamerlan — who seems to have initiated the attack — had travelled to the Northern Caucasus where he could have taken on radical Islamist views. There is no proof that there were other people from the region involved. When looking at the Northern Caucasus, it becomes apparent that Islamist violence has been limited to the region and Russia over recent years.

Chechnya: No Longer the Epicentre of Violence

The two wars in Chechnya were the most severe incidents of violence in the former Soviet Union, even worse than the civil war in Tajikistan or the secession wars in the Southern Caucasus. The first war from 1994 to 1996 was, from a Russian point of view, directed at militant separatists. This Chechen secession was conducted mainly for nationalist rather than religious reasons. But even during the first conflict, Mujahideen from Arab countries participated and pledged solidarity with the Muslim secession movement. After the ceasefire, and during a short chaotic period of factual independence for Chechnya, the process of ideological transformation within the armed underground resulted in a trans-ethical regional jihad in the Northern Caucasus.

The second conflict became a war on international Islamist terrorism, as declared by the newly-elected Russian President Vladimir Putin in 2000. In 2007, the last Chechen underground President Doku Umarov completed the ideological transformation and geographic expansion of the resistance by declaring a Caucasus Emirate, whose jihadist agenda stretched beyond Chechnya. This led to Chechnya, which had been synonymous with the Northern Caucasus for 15 years, no longer being seen as the epicenter of violence and rebellion in the region, and it also almost disappeared from media coverage. In 2009, Moscow lifted the special status of the republic as a counterterrorism zone that had been established almost ten years earlier.

Under the autocratic rule of the young President Ramzan Kadyrov, reconstruction took place in the republic. Some Russian commentators agreed that the young autocrat had managed a more effective Chechen secession from Russian rule than it would have ever been possible for militant separatists. While he solemnly pledges his loyalty to the Kremlin and erects Putin icons in Grozny, the despot does as he pleases. A part of this involves rather unconventional cultural policies, aimed at stealing the thunder from his opponents. While in other parts of Russia and the CIS states veil bans existed, Kadyrov, with his parole “Back to Tradition,” orders women to wear Islamic clothing in public. This happens regardless of the fact that such measures are more in compliance with his Salafist opponents than Chechen or Caucasian traditions, which should be used to counter the ideological positions of the said opponent.

Other Caucasian constituent republics have already surpassed Chechnya in terms of registered violent incidents. Overall, there were 700 victims of fighting in the Northern Caucasus in 2012, more than half of it from Dagestan — the largest Caucasian republic within Russia. Some 300 crimes connected to terrorism were registered there, compared with 180 in the rest of the Northern Caucasus. Since Chechnya has taken a few steps back, the Northern Caucasus as a whole is now seen as the worst conflict zone in Europe’s eastern neighborhood.

The majority of executed attacks are directed at local and federal security institutions on-site. This also includes official representatives of moderate Islam that refrains from violence. In Dagestan, a theological dialog between Sufism and Salafism has been initiated. As a result, attacks against prominent Sufi sheikhs who oppose militant jihad have started to take place.

When it comes to Russia, Umarov, the ideological head of the Caucasus Emirate, admonished his fighters in February 2012 to refrain from violence against civilians. He based this on his solidarity for the opposition movement against Putin. The last spectacular attack was launched on the Domodedovo airport in early 2011. However, terrorist activities by the Caucasus Emirate or other jihadist networks are expected in connection with the Winter Olympics in Sochi in February 2014. “Then the bells of Boston will also be ringing for us,” said Sergei Karaganov, a security expert close to the Kremlin, in reference to Russia’s number one prestige project.

So far, no attacks by the Caucasian Emirate targeted Europe or the US. However, it does not only spread propaganda and hatred against Russia, but against “enemies of Islam” in general, on the Internet. Therefore, it might be possible that the radicalisation of the Boston attackers was somehow connected to the Caucasian Emirate.

Because of the precarious security situation in the Northern Caucasus, Russia depicts itself as one of the main victims of global terrorism. According to a new study that looks at 158 states based on a global terrorism data set, Russia is in ninth place when it comes to terrorist attacks between 2002 and 2011. It follows countries like Iraq, Pakistan, Afghanistan, India and Yemen, but is still far ahead of Germany (62) or the US (42).

The Boston attacks have encouraged President Putin to engage his colleague Obama on the joint efforts for “the war on terror” – as he had did so with George W. Bush after 9/11. When it comes to the Northern Caucasus, Russia’s message is still ambiguous. It demands Western support, while at the same time it views the Northern Caucasus as a strictly domestic issue that is not a matter for international politics. It also does not accept criticism for human rights violations committed in connection to its actions in the Northern Caucasus. Nevertheless, with the upcoming Winter Olympic Games in Sochi, the region will become an internationally important topic again.

*[This article was originally published by Stiftung Wissenschaft und Politik (SWP), and was translated from German to English by Annika Schall. A German version of the article was also published by EurActiv.de, Handelsblatt and Tagesspiegel.]