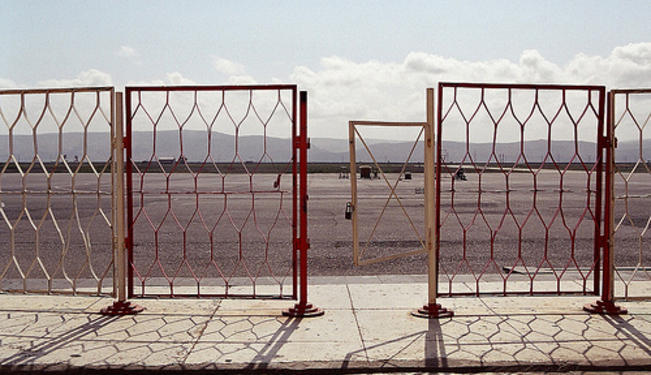 Despite reports to the contrary, the Caucus Emirate Mujahedin have taken on a global Jihadi and pan-Islamic flavor.

On March 29, 2010, two women detonated their suicide vests on Moscow’s subway, killing 40 and wounding over 100 civilians. Commentators ignorant of Jihadism’s history in the North Caucasus, immediately pinned blame on Vladimir Putin while whitewashing the Chechen separatists they admired.

The Shakhidkas however, were not desperate Chechen housewives driven to suicide because Russian soldiers killed their innocent male relatives. Rather, they were wives of Dagestani, not Chechen, Amirs of the Jihadist Caucasus Emirate (CE). Its strongest network, the “Dagestan Vilaiyat” (DV), videotaped martyrdom testaments of the Amirs’ claims of responsibility. In conjunction with additional evidence, FSB involvement was refuted.

For years, arguably biased and ignorant journalists, academics, think-tank analysts, and foundation activists trumpeted the Chechen separatists as victims and ignored the pivotal role of global and local Jihadists. Their version of the Moscow attack had to fit this paradigm.

The Rise of Jihadism in the Caucasus

As early as the mid-1990s, Al-Qaida and other Islamist and jihadist groups were infiltrating an already extremist and violent Chechen separatist movement, the Chechen Republic of Ichkeriya (ChRI). With Salafist theo-ideologytraining, funding, a new decentralized structure and mystical Islamist charismatic authority, foreign Jihadists planted the seeds in the Caucasus of a homegrown Jihadi movement allied with the global Jihad.

US documents and writings of the Chechen and Caucasus Mujahedin evidence that Al-Qaida began funding and supplying the ChRI’s Shamil Basaev and others with weapons, trainers, theo-ideologists and leadership cadresin the 1990s. One of the tens of effective military and religious charismatics was the infamous Al-Qaida operative Ibn al-Khattab, born Samir Saleh Abdullah Al-Suwailem. He and other Al-Qaida Amirs established a supply route and used Al-Qaida linked front organizations to supply funds, weapons, and personnel to the Caucasus. They set up training camps in Chechnya with the long-term goal of spreading global jihad across all of the Caucasus and Russia.

During the 1990s and early 2000s, thousands of North Caucasians came under the influence of Jihadism. As I documented in my 2007 Russia’s Islamic Threat, the Jihadists strengthened their grip on the ChRI and by2002 gained the upper hand in the movement, requiring that all its decisions accorded with a Salafist view of Shariah law. By 2005, the ChRI had branches in several North Caucasus republics outside Chechnya, made of numerous non-Chechen nationalities. It was no longer meaningful to talk about just “Chechen” Jihadism, terrorism, or separatism.

By 2007,the ChRI wasa full-fledged Jihadi movement. In October, ChRI “President” Dokku Umarov became “Amir Abu Usman.” He abolished the ChRI, founded the “Caucasus Emirate,”and declared Jihad against the US, Great Britain, Israel, and any country fighting Muslims. The Caucasus Emirate was a pan-Caucasus movement waging Jihad to create an emirate as one building block of the global caliphate. Although Umarov is Chechen, the CE is dominated by Dagestani ethnic groups and combat Jamaats. Yet many reports still refer to ‘Chechen fighters’ and ‘Chechen terrorists.’

Jihadism, the Revolutionary Umma, and the Caucasian Emirate’s Expansion

Also important in the CE’s rise was the education of Caucus Muslims abroad in a Jihadism-plagued Ummah and the increasingly ubiquitous Internet. In the late 1990s and early 2000s, three young men who would lead in the CE’s expansion beyond Chechnya studied abroad and returned dyed-in-the-wool Jihadists: Magomedali Vagabov (aka Seifullah Gubdenskii), Aleksandr Tikhomirov (aka Sheikh Said Abu Saad Buryatskii), and Anzor Astemirov (aka Seifullah).

Vagabov became a translator for the Pakistan-based Islamic fundamentalist sect Tabligh Jamaat in Dagestan, studied Islam in Pakistan, returned to set up combat Jamaats in Dagestan and became Amir of the DV’s Central Sector. He sent his wife to carry out the 2010 suicide bombing of the Moscow subway and was appointed the DV’s Amir by Umarov in May of that year. He was killed in August 2010, but his work had its intended effect as the DV spearhead Jihadism in the Caucasus. Since April 2010, Dagestan has suffered more attacks than any other North Caucasus Republic and more than half of all attacks by CE Mujahedin.

In the two years before the DV’s rise, the largest number of attacks occurred in Ingushetiya, not Chechnya. That was in large part due to Sheikh Buryatskii. Born Aleksandr Tikhomirov to a Russian mother and Buryat father, he would convert to Islam, study in Cairo’s Al Azhar University, and become the CE’s leading operative and Jihad propagandist until his killing by Russian security forces in March 2010. On his May 2008 arrival in Chechnya the CE’s Amir Dokku Umarov dispatched sent Buryatskii to Ingushetiya, where he worked with the CE’s revived suicide bombing unit. The group’s 40 suicide bombings since November 2008 oweas much to Buryatskii as Umarov.

Astemirov studied in Saudi Arabia, returned home to Russia’s Republic of Kabardino-Balkariya (KBR) to found the Islamist Jamaat of Kabardino-Balkaria and visited Khattab’s camps. In 2005 he joined the Jihadist “Yarmuk Jamaat” carrying out attacks on police and security officials across the KBR and workedwith the ChRI. With Vagabovhebegan writing letters to Umarov in 2006 urging him to reject the nationalist ChRI and declare the CE, Astemirov was appointed Qadiof the new CE’s Shariah court and Amirof its “United Vilaiyat of Kabardiya, Balkariya, and Karachai. ”Under Astemirov’s guidance, CE websites propagandized only the global Jihad’sliterature; no Chechen or other nationalism or ideology is allowed.

The CE has expanded its capability and reach to several regions of Russia and the world. Since its inception in October 2007, CE operatives have carried out some 2,000 attacks, inflicting nearly 5,000 casualties on police, military, security, intelligence and civilian officials and innocent civilians. The attack frequency has increased every year, with only a slight decline from 2010 to 2011. Although almost all targets are in the North Caucasus, operations have moved to regions beyond CE’s base in Dagestan, Ingushetiya, Chechnya, and the KBR. Since November 2009, operatives carried out the Moscow subway bombing, the double bombing of the Moscow-St. Petersburg Nevskii Express train and the 2011 Moscow Domodedovo Airport suicide bombing. The CE has also been recruiting ethnic Russians, some of who also carried out suicide attacks.

The years 2010 and 2011 saw the CE’s first two major forays into Europe. In November 2010, a ‘Shariah Belgium’ cell was uncovered, including Chechens, Moroccans, Belgians, and Dutch. It used a Russian-language website tied to Al Qaida to recruit fighters, raise funds and plan attacks on NATO targets. In April 2011, a DV-tied cell, including Dagestanis, was uncovered in the Czech Republic, planning attacks in a third country.

Recently, the DV was tied to an alleged plot to carry out attacks in Azerbaijan, home to the strategic Baku-Tbilisi-Ceyhan oil pipeline. Earlier, Russian security forces reported uncovering a plot in Abkhaziya, which allegedly involved Georgian intelligence and Turkish citizens. The city of Sochi, on sacred Cicassian ground was to be attacked during the 2014 Winter Olympic games. Still, the Sochi Games face a palpable CE threat. There is also an alleged plot to assassinate President Vladimir Putin reported in late February. Operations for the assassination were to be in Ukraine, with operatives from Kazakhstan moving through Turkey and the Middle East.

Not withstanding the seriousness of this plot, the CE has developed strong ties with Central Asian global Jihadi groups such as the Islamic Movement of Uzbekistan and the Islamic Jihad Union, based alongside AQ and the Pakistani Taliban in Waziristan.

The biases and unawareness of most American intellectuals obscured these facts for years. Their obfuscation rendered unexpected the CE’s predictable integration into the global Jihadi revolutionary alliance and emergence as an international security threat. Whether or not Putin rolls back the recent thaw in Russian politics, Moscow’s cooperation in combating international Jihadism is indispensable. It must be continued and, where possible, expanded.