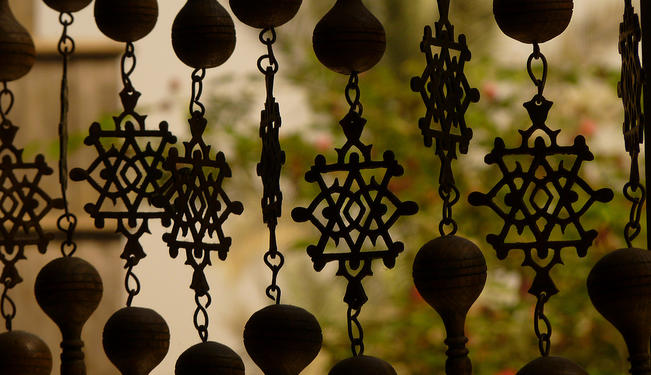 Will Lynch reflects on his recent trip to Egypt, and argues that it is time for Egyptians to realize the world will come back to them when they put down the stones and pick up their ballots.

During December’s constitutional referendum in Egypt, I was among the relative handful of tourists seeing the sites there. While I was there as a tourist, the anger magnified by the television camera lenses over the draft constitution had made Egypt seem like a very dangerous place to most other westerners. We met almost no other American tourists and only a few Europeans. The tourist trade in Cairo was being kept alive on life support by Chinese and Indian tour groups.

We on the outside, who feed on western media, had gotten the impression that the country was one seething protest after another. My friends and colleagues around the world believed I would have to run the gauntlet of tear gas, thrown stones and water cannons to see the British Museum’s collections. Egypt’s image as a dangerous fractious place was and still is easily conveyed and popularly believed. Depending on where we went, the guides, shop owners and hotel workers said high season tourist numbers were down 60-90% from 2010 levels.

We visited the British Museum near Tahrir Square at midday on a late December Friday; that is Egypt’s January 25 Revolution’s Ground Zero on D-Day. Oddly it was nearly as quiet as a Sunday on Wall Street. Just a few tourists were milling about, taking their time entering the museum. The souvenir touts had a Ramadan like listlessness. Our guide advised us that we should be done by mid-afternoon. That was when the protesters would arrive to renew demonstrations against the draft constitution.

The guide was a young mother, a PhD candidate whose husband had to go to the Gulf to find work. She was a self-described Muslim liberal who opposed the ruling Muslim Brotherhood at every turn.  As much as she was put off by the Muslim Brothers, she was perplexed that liberal Muslims were politically aligning with Christians. She had trouble shaking her belief that politics and religion were supposed to divide along the same fault lines. The Brotherhood seemed to be forging a reluctant interfaith coalition.

As we were leaving the protesters began arriving. They looked like commuters arriving for work, clean shaven in business casual slacks and shirts. These young men are invariably called, youth. The term conjures up images of a developing, dependent cohort. Yet if the men getting out of the mini buses to join the protests had grown up in the west, at their age they would be old enough to be army officers, middle managers, fathers and homeowners. But in Egypt they are merely single young men frustrated by lives in suspended animation — no wives, no jobs, and few clues.

As we drove around and away from the museum and still forming demonstration, I thought of the New York Yankees. Sure, there would be more people at a Yankee game than there were at the protest. And Cairo is about three times larger than New York. But in the end, it boiled down to the same thing; an isolated delay for those caught in the minor traffic snarl and highlights of all the action on the evening news.

The reporting I had read about the ongoing protests and the draft constitution had resembled sports reporting. Nearly all journalists reported the protests as two sided events — youth versus police. Ironically, because of the national service system, some of the conscripted cops were younger than the protesting youth. Typically my TV had shown me one reporter doing set up from a perch above the fray. The lead reporter would then cut to a second reporter who would give a play-by-play from the middle of Tahrir Square.  Each day’s coverage was as predictable as the stock market report. Reporters named the winners and losers each evening. No matter how much TV I watched, nobody was telling me what was in the draft constitution and what the various sides wanted out of it. As I traveled for a long awaited vacation in Egypt, I hoped the well-educated guides and others would give me an idea of what was really happening.

My PhD candidate guide and every other Egyptian I asked said they had not read the draft constitution but were against it based on what they had heard from family members and friends. Specific provisions of the constitution were not important enough to be known. The main reason people gave me for opposing the draft constitution and boycotting the referendum was because the Muslim Brotherhood government of Mohammed Morsi drafted it. They could not support anything that came from the Morsi camp.

In the end, the constitution passed with 60% of the vote cast. Reports state that only 30% of the electorate voted. Do the math. Thirty percent of 60% is 18% of 100%. In other words, if 19% or more of the entire Egyptian electorate had come out and voted no, the draft constitution, for better or worse, would have been defeated, necessitating a redrafting. Democracy is about showing up and taking part. Whoever gets the most people to the ballot box wins. Staying home is not an option.

So instead of exercising the muscles of democracy with debate and ballots, Egypt seems intent for now to relive its fling with street protest based opposition. It is as if they have seen how boring and process driven democracy really is and said, “Is this all there is?”

And the answer is yes. That’s all there is.

Yes, if Egypt wants the tourists to come back. Yes, if it wants business investment and jobs at home from which young men and women can build their families.

Egyptians call what happened two years ago the January 25 Revolution. Maybe for some it ended too soon and without enough damage or change. But it ended and the process of governing democratically has begun. It is time for Egyptians to realize the world will come back to them when they put down the stones and pick up their ballots.