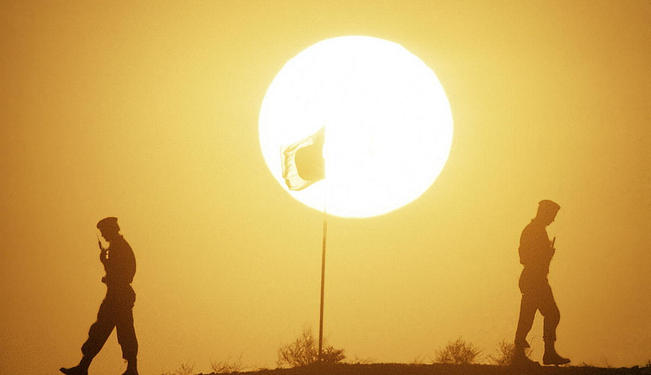 El-Baradei’s recent interview with Der Spiegel has caused heated debates among Egyptians regarding the Holocaust. Mina Monir argues that the West and Israel should prepare themselves for a new political scenario in a nation that was once the largest Western ally in the Middle East.

As Egypt sinks deeper into political instability, the question over the historicity of the Holocaust was recently brought to the fore in a strange yet unsurprising manner.

In an interview with the German magazine Der Spiegel, the former head of the International Atomic Energy Agency (IAEA) and Nobel Peace Prize winner Muhammed El-Baradei expressed his deep concerns. These were namely regarding the radical religious identity of the constituent assembly that is drafting Egypt’s new constitution. El-Baradei quoted several statements made by members of the assembly to prove his point. Amongst these statements there was one concerning the denial of the Holocaust. El-Baradei employed it as an example to justify his concerns and at the same time it had clear resonance for the German reader.

The strong impact of El-Baradei’s remarks was not only felt by the German audience but also in Egypt. It is hard to exaggerate the strong reaction that subsequently appeared in talk shows, and print and social media. Social media in particular quickly became a battlefield between supporters of El-Baradei and his opponents.

The Reaction of Islamists

It is important to highlight this reaction as well as to understand it for its political implications. Moments later, the Muslim Brotherhood’s social media portal, known as Rassd, published its Arabic translation of El-Baradei’s interview. The part dealing with the Holocaust was highlighted and circulated by the Brotherhood newspapers, al-Masreyoon and Ikhwan Online, with titles including: “El-Baradei Confirms Holocaust,” “El-Baradei calls for a Zionist Constitution” and “El-Baradei seeks Jewish support in his Constitution battle”.

Egyptian political figures of different Islamist parties commented on the issue. Issam Sultan, the vice president of al-Wasat, stated that “El-Baradei wants a constitution approved by the Zionists.” He also asserted that “the constitution committee does not believe in the Holocaust, does this make it infidel?”

Despite their business in drafting the constitution, Muslim Brotherhood leaders were involved in these debates. Ayman al-Zoheiri, chairman of the Muslim Brotherhood's Freedom and Justice Party (FJP), condemned El-Baradei’s statement and considered it as an attempt to win European support against Islamists. The vice chairman of the FJP, Essam el-Erian, took it a step further by stating that “El-Baradei needs to clarify his statement and his stance on the Holocaust because neither history nor people will have mercy on him.”

The spokesman of the Salafist al-Nour party, Nader Bakar, stated that the Holocaust is a term used internationally for “emotional, financial and economic blackmailing, whereby the Zionists draw money from countries like Germany.” He stated on TV that the party refuse the scenario by which they either confirm the Holocaust and enter the “paradise of America” or become internationally criminalised. Bakar went further by asserting that El-Baradei “will not get away with it”.

In President Muhammed Morsi’s cabinet, the minister of the State for Legal Affairs, Muhammed Mahsoub, expressed his “shock” and stated that “Egypt refuses to consider the denial of the Holocaust as an international crime.”

On the public level, it is important to record two observations. El-Baradei’s criticism of assembly members for their Holocaust denial was not only abhorred by people from different intellectual levels. Academics, such as an Egyptian professor of applied physics, were even more hostile in their reaction than those who barely recognize the term “Holocaust.”

The significance of these reactions is in revealing political implications for the future of Egyptian-Israeli relations. In the protests that have broken out in Cairo against the Israeli embassy since the uprising, protesters were dismissed as inconsequential for Egypt’s relations with Israel. However, the reactions provoked by El-Baradei reveal that anti-Semitism is to be found among public figures, leading politicians, intellectuals and, most worryingly, among those drafting Egypt’s constitution.

This suggests that the timeless uneasiness between Israelis and Egyptians has moved from public opinion of individuals to the state level. Hence, the Western world is witnessing a shift which could alter Egypt’s identity irreversibly.

The draft of the constitution does not have an explicitly hostile statement against any country or culture. Despite this the numerous articles talking about Shari'a can potentially be interpreted by situations like questioning the Camp David peace treaty or the financial rights and possessions of Egyptian Jews, in the same way that is coloured by the anti-Semitism of the politicians and intellectuals guiding Egypt’s transformation.

The followers of the turbulent Middle East cannot avoid the expectation of more conflicts between Israel and its neighbouring Arab countries. Observers of Egyptian political developments believe that Camp David will be questioned sooner or later. The Muslim Brotherhood manifesto for the 2007 elections included a promise to hold a national referendum over the treaty. With such a level of ideological hostility clearly exposed in the recent Holocaust debate, it is impossible to ignore public sentiment by supporting the same Egyptian-Israeli pre-revolution ties.

Moreover, Morsi is currently facing an unprecedented level of opposition since his constitutional declaration. The opposition is unified and has fully occupied Tahrir Square with promises to escalate their response. Notably, a good number of liberals voted for Morsi against the former regime candidate Ahmed Shafiq in the presidential election. However, the Egyptian president's declaration has alienated liberals, leaving little room for him to manoeuvre outside the Islamist camp. Yet, the Islamist camp itself is not fully unified and parts of it are running out of patience after seeing Morsi communicating positively with Israel and the US. Therefore, Morsi cannot afford to lose any more of his supporters.

Morsi’s promises to apply Shari'a and his commitments to the Islamists’ demands could be fulfilled in the shape of a national campaign against Israel to distract people from his domestic failures; a common characteristic of dictatorships in the region since Nasser's era. This time such a struggle will be backed by robust ideological demands, rather than secular contestable ideas as previously seen in the classic secular dictatorships of Syria and Iraq.

To sum up, the lesson that should be learnt from the public debate regarding the Holocaust is that the West and Israel should prepare themselves for a new political scenario in the nation that was once the largest Western ally in the Middle East. This scenario is controlled by leaders who explicitly condemn admitting the reality of the Holocaust.