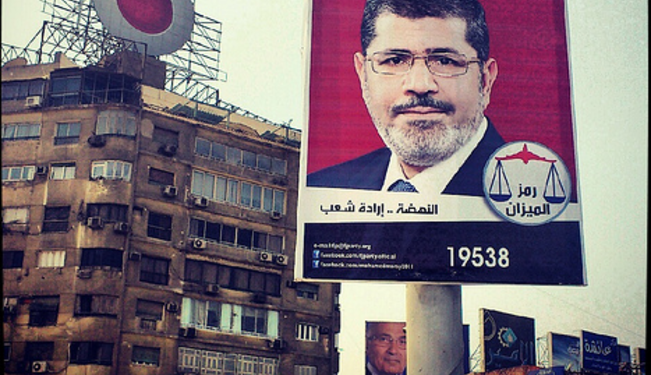 As the Egyptian presidential elections approach, the question of post-election scenarios is becoming a pressing issue for the observers on the scene.

The vicious race, the hostility between the different Egyptian presidential candidates, and the increasing uncertainty and lack of transparency from the Supreme Council of the Armed Forces (SCAF) regarding the electoral process, all make the possibility of tension in the street more likely than a peaceful settlement.

The degree of unrest is contestable as long as electoral uncertainty persists. Despite this ambiguity, there are political blocs that are inclined to drive Egypt into a forceful friction. Indeed, the Muslim Brotherhood has both motive and capacity for carrying out such actions. In the absence of security services in the Egyptian streets, the SCAF will have to become the ‘other’, or the entity to be protested against. This scenario is considered to be inevitable by many observers. Despite the good relationship between the SCAF and the Brotherhood in the first year after the uprisings, the conflict between the two rivals began shortly after the Islamist bloc managed to take over parliament. The Muslim Brotherhood showed clear intention to seize the rest of the authorities in Egypt through the gate of the parliament. This started when they took over the committee charged with drafting the new constitution.

This step resulted in two important decisions being taken by the High Constitutional Court and the High Administrative Court. The first decision allowed for the parliamentary election process to be illegitimated, while the second decision allowed for the dissolution of the constitutional committee. Although only the second decision was implemented, the first is ready to be exercised if the predominantly Islamist parliament tries to challenge the SCAF again.

According to Parliament Head Mohammed Sa’ad al-Katatni’s testimony, the Egyptian Prime Minister Kamal al-Ganzouri told him that the decision to illegitimate the parliamentary election process would be implemented if the Muslim Brotherhood persisted in calling for the dissolution of el-Ganzouri’s cabinet.

For the first time since the uprisings, the Brotherhood released a statement to express its lack of confidence in the rulers’ ability to manage a fair presidential election and warned against what it called ”the reaction of the street”. This hostile language was met by a counter statement from the SCAF, which invited the Brotherhood to “recall history and learn from it” in reference to the Free Officers’ decision to dissolve the Islamist movement and imprison its notable members in the 1950s.

In such a context, the Muslim Brotherhood decided to nominate a candidate for president, since the parliament’s power appears to be at stake. In addition, the Islamist bloc proposed a law that would qualify the decisions of the High Constitutional Court as non-obligatory. Furthermore, in a clear indication that they fear the restoration of the security services under a non-Muslim Brotherhood president, the Brotherhood bloc in parliament proposed drafting a new law that cancels the president’s post as the head of the police.

The Muslim Brotherhood’s retaliation tactics show clear confusion: while it is promoting an Islamist presidential figure, it is also calling for a reduction in the president’s authorities. This confusion was evident in their choosing of Khairat el-Shater as the Brotherhood’s initial presidential candidate while there had been clear legal reasons to disqualify him. Therefore, the Brotherhood had to choose the head of their Freedom and Justice Party, Muhammed Morsy, to replace el-Shater.

The result was the lost confidence from the Salafist bloc in parliament, which chose the former Muslim Brotherhood member Abdul Mun’em Abul-Fotouh as their candidate.

That means there is no Islamist majority for the presidential election, as there had been in the parliamentary one, because Islamists are now severely divided between Morsy and Abul-Fotouh. In such a case the chances of Morsy winning have diminished and this knowledge encourages another tactic that could be implemented by the anxious Muslim Brotherhood.

Following Morsy’s campaign, it is possible that the Brotherhood will throw suspicion on the fairness of the elections in order to justify Morsy’s possible defeat. In a recent interview, former Brotherhood member Tharwat al-Kharabawy explained that propaganda is being used to prepare the street for a larger project, namely, clashing with the SCAF under the excuse of “protecting the revolution’s outcomes.” In a bold statement, al-Kharabawy said that the clash is set to occur after Morsy’s loss and that it will manifest in a “physical” way. The ex-spokesman of the Brotherhood in Europe, Kamal el-Halabawy, added that the tunnel of the political process in Egypt is blocked and that the collision seems to be inevitable. El-Halabawy asked, “what if Egyptians elected a Christian or a woman? Will the Muslim Brotherhood kill them?”

The confusion and excessive ambition of the Brotherhood could lead to such a scenario. However, the weakness of security services in Egypt does not suggest that the political movement will be able to cause a great impact; politicians have been exhausted and consumed by the electoral battles they were involved in.

Though the Muslim Brotherhood may rely on its youth, the organization has clearly failed in controlling them. Against the will of the movement’s murshid (guide), the Brotherhood’s youth are part of the Youth Revolution Coalition. Many of them do support Abul-Fotouh even though it might cost them their membership in the Brotherhood.

Moreover, their disappointing performance in parliament dispossessed the Muslim Brotherhood of much sympathy from the Egyptian street. The idea of “protecting the outcomes of the revolution” will not manage to assemble the different political powers around the Brotherhood. This was clear in the latter’s call for protests for “rescuing the revolution”, which could not convince the non-Islamist movements.

There is a way out for the Brotherhood: accepting cooperation with the new president, who could be non-Islamist or even a former regime member. However, the Brotherhood has showed its deep interest in taking over the executive authority to protect its own back, and for this reason has already taken several bold decisions.

I believe that the collision between the SCAF and the Muslim Brotherhood is inevitable and that it could take different forms. Parliament is still playing a great role in forming the coming constitution that should articulate the situation of the Armed Forces who will not tolerate any compromise of their influence and independence.

Contradicting some expectations, this collision will not be apocalyptic. However, the whole political map in Egypt will be changed, especially as the liberal bloc is seeking a unified body to face the Islamist bloc. They have realised the importance of doing so before the next parliamentary elections.