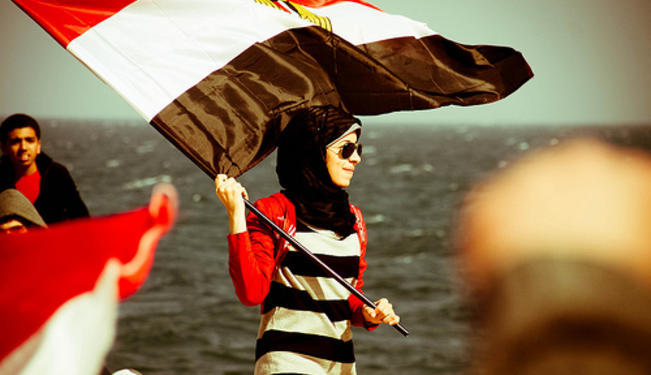 Youth movements may not find themselves in a direct position to steer Egyptian politics after the upcoming presidential elections, but will play a key role in the future if they are given the chance to organise.

The first round of the Egyptian presidential elections begins on May 23. Free and fair elections would indeed represent a milestone in the political upheaval that began over one year ago with former President Hosni Mubarak’s ouster in February 2011. The process leading up to the elections have been marred by several incidences of violence, but there are also examples of positive developments, such as the first presidential debate in the Arab world being aired live on satellite television and watched by millions of people. It does however seem as if the process of establishing a new rule in Egypt is leaving behind those who were credited with starting it.

After various court rulings, 13 candidates were allowed to participate in the first round of elections on May 23 and 24. Three of these are considered by many to be the front-runners and the only contestants with a realistic chance of winning.

Of the three, Amr Moussa is the only candidate without a clear religious affiliation. He served ten years as foreign minister under Mubarak and was the secretary general of the Arab League from 2001 to 2011.

Abdel Moneim Aboul Fotouh, a physician, was among the first to launch his presidential candidacy in 2011. Formerly a member of the Muslim Brotherhood, he left the Brotherhood while the organisation was still set against participating in the presidential elections. Some describe him as a “moderate” Muslim, while others warn against his ambitions to make Shari’a law a more prominent part of Egyptian legislation.

The final candidate considered to have a realistic chance of winning is Mohammed Morsi. He leads the Freedom and Justice Party, which is the political wing of the Muslim Brotherhood. After their initial candidate Khairat el-Shater was disqualified, the Brotherhood backed Morsi, who nonetheless is weakened by the fact that he was not their first choice.

The three candidates agree that reducing unemployment rates and creating opportunities for Egyptian youth to lead decent lives will be a key task for the new government. In a country where more than half of the population is below the age of 25, it does not make sense to leave out these points.

However, none of the candidates directly represent the demonstrators that gathered in Tahrir Square in early 2011. Although the protestors make up a very small share of Egypt’s 80mn inhabitants, they played a significant role in the political upheaval that led Mubarak to step down. Therefore, why do the youth movements not support a presidential candidate of their own?

The experience from the recent parliamentary elections suggests that these movements are still not well coordinated and are not fully cooperating with each other. It is also typical that new political movements seem to lack the basic internal structures for formal political participation. This is seen not only in formerly authoritarian states where political opposition has been banned, but also in youth movements in mature democracies. Furthermore, when the task that served as the main uniting factor had been achieved and the old dictator stepped down, the protestors may have had very different ideas about which political direction to take.

So is all hope lost for Egypt’s youth? What good can come of these elections for the young people who are still fighting for basic human freedoms and the right to a decent life?

It now seems clear that after the presidential elections, youth will be underrepresented both in the legislative and executive arms of government. Still, there is reason to hope that during the next presidential period, a new constitution is passed that improves citizens’ right to assemble and to be part of a flourishing civil society without being subjected to police brutality.

Moreover, nobody can live off freedom and political rights alone. The new Egyptian government has to tackle some deep-rooted economic and social problems. Creating jobs, reducing sectarian tensions, and providing adequate housing and health care for a rapidly growing population are only some of the domestic challenges that demand immediate attention. Internationally, investors need to be convinced of a favourable regulatory climate to return to the Egyptian economy. If the new president and his government succeed in their endeavours, the youth will also benefit greatly from it.

For now, the focus should be on expanding civil liberties and political rights for all citizens. The youth movements that drove Mubarak from power seem uncoordinated and may not find themselves in the driving seat after this year’s elections. However, if given the chance to organise themselves, they may come to play an essential role in Egyptian politics in the near future.