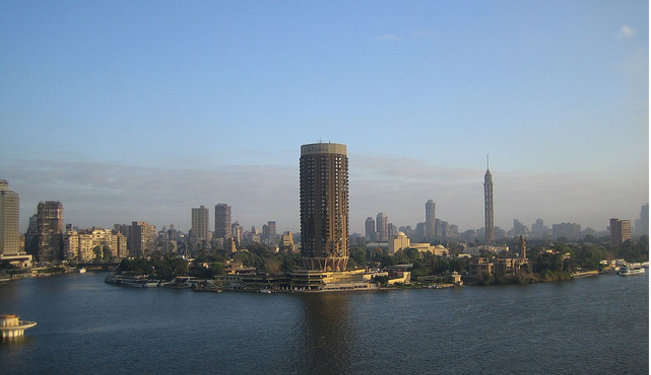 The outcome of Egypt’s first free presidential elections will flag a new direction for the region, but can it move the country out of crisis?

Egypt, once the centre of gravity in the Arab world, is in crisis. With mounting debts, dwindling foreign reserves and the almost inevitable devaluation of the country’s currency, the nation is in desperate need of a lifeline. For months, the country’s army-appointed government has been deadlocked with its democratically elected, Islamic-dominated parliament, stalling the release of a $3.2bn International Monetary Fund loan urgently needed to help finance the budget deficit. Meanwhile, violent demonstrations continue to make mobility difficult; security issues are deterring tourists and foreign investors; and fuel shortages are cutting into food supplies and essential services.

Amid all this, Egypt, its neighbouring economies and potential investors wait patiently for the results of the nation’s first free presidential election with hopes it will bring an end to 18 months of political turmoil and economic free-fall.

More than a Name Change

Raed Charafeddine, vice governor of Lebanon’s Central Bank, says the new Egyptian Parliament like all governments formed out of the Arab uprisings, will need to prove it has the right to rule by addressing the social, economic and financial imbalances which triggered the desire for democratic change in the first place.

At a policy breakfast that took place at the Abu Dhabi Campus of INSEAD business school, Charafeddine stated: “At this stage transitional governments suffer from a lack of trust by people in their ability to govern because of the weak structures they’ve inherited,” He went on to argue: “These new regimes need to be more inclusive, to be more democratic. New governments need to start with programmes and a clear direction and share it with the people.”

Nesrine Halima, an Egyptian director of government policy and strategy at PricewaterhouseCoopers in Dubai, admits to being sceptical and “gloomy” about her country’s prospects. “Egypt has a huge population of just under 90 million, 60 percent of which are under 25, a quarter of them without jobs. There is a whole generation of people looking to enter the job market who have not been prepared. There’s already a lot of poverty in Egypt, a lot of disparity in incomes and it’s growing.”

Institution building is vital, she says, to addressing corruption. “I think this is more important than anything else. The presidential campaign has touched on the issue and the challenges of unemployment and the breakdown of public services, but no one has put forward a strategy for change. People are likely to vote based on religion, ethnicity or general charisma.”

While she has been offered work in Cairo, Halima says PricewaterhouseCoopers, like many other large institutions, has scaled down its Egyptian office, turning its focus to the richer, more stable nations within the Gulf states. To regain these and new interests, the Egyptian government will have to work hard to show it can keep a lid on security issues while maintaining the democratic principles which put it in power. The lack of appropriate legal institutions, the questioning of commercial agreements signed by the previous government, and the cancelling of a large gas supply deal with Israel only adds to the country’s reputation as being a risky investment.

Dubai-based Noor Islamic Bank, which opened four years ago with a representative office in Tunisia has deferred plans to expand into the North African region and is taking a wait-and-see approach. “Countries like Egypt and Libya have huge potential,” Noor CEO Hussein AlQemzi told Knowledge. “These countries are becoming more open and vocal and encouraging of Islamic finance but the market is still unstable politically … right now I don’t think we’re encouraged by what we see.”

While Halim is keen to return to Egypt, she’s concerned that despite assurances from the governing Islamists, her rights as a woman and those of Christians and other minorities will be threatened. The make-up of the new democratically-elected lower house – with nearly 50 percent of seats held by the Muslim Brotherhood and nearly 25 percent held by the more conservative Salafists – and the recent jailing of well-known Arab comedian, Adel Imam, for offending Islam reflect the power conservatives are wielding across the country. “I fear, as a single woman, what my future will be if I come back,” she says.

Conflicting interests will place the new conservative Egyptian government under all sorts of pressure, according to Sami Mahroun, Director of INSEAD’s Innovation & Policy Initiative in Abu Dhabi. “On the one hand it will want to appease these non-Muslim minorities and liberals; on the other it will be under pressure to demonstrate its commitment to conservative ideas for the people who have elected them.”

Mahroum says he expects Egypt will be cautious about accepting help from the West as the Islamist camp becomes more divided along a broader spectrum of conservative-liberal politics.

Meanwhile Western and Arab countries will be watching closely as the situation unfolds. “A general sentiment is that the geopolitics of the [Gulf Cooperation Council] seem to be playing out in Egypt and a lot of what’s going on is foreign interference,” says Halim. “I think from that perspective the Middle East cannot afford for Egypt to get worse or move into chaos. But I think it will be particularly challenging for Egypt now to continue to hold status or the soft power it used to have. On so many levels we’ve lost credibility.”
The views expressed in this article are the author's own and do not necessarily reflect Fair Observer’s editorial policy.
*[This article is republished courtesy of INSEAD Knowledge].
Copyright INSEAD 2011.