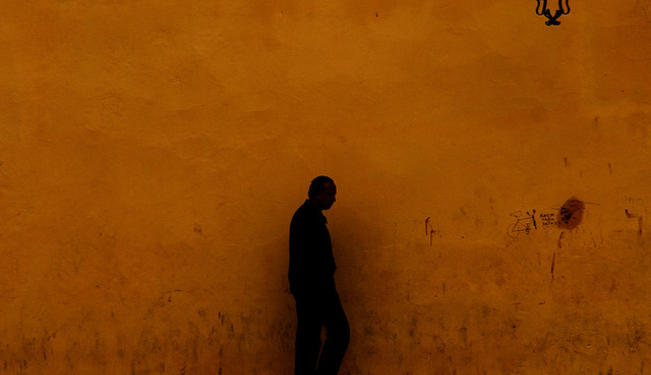 Since January 5, a group of unemployed graduates, les diplômés chômeurs, have staged a sit-in in Rabat demanding jobs and calling for economic reform. After suffering from violent police brutality when the police forcibly dispersed them from protesting near Parliament days ago, events took an urgent turn when five of them set themselves on fire after being denied food by police. Many Moroccans have expressed varying sentiments regarding the acts of immolation: Some are saddened, others outraged, and a large majority are seemingly indifferent. Though, before judging the actions of these individuals, it is imperative to assess the reasons behind these events that have led to such conditions: the political economic and regional context, and a glimpse at the way mainstream media has provided coverage on such events.

In order to understand the widespread dissent regarding economic reform and why the government is the target of such dissent, there is a long political economic history that has set the stage. After colonialism, the development of the infrastructure and the economy was a job left for the regime. This was common throughout many post-colonial societies in the world. State-led growth had two main purposes; generating capital for the regime so that it can catch up to the economic development of the rest of the world, and reproducing hegemony while securing support and alliances. Over the course of several decades the state was the main employer and the main provider of welfare. Again, this was a commonality throughout North Africa at the time. This allowed some level of productivity while ensuring that the state maintained political support. And it worked for a while. However, as living standards began to increase, so did the population—exponentially, in fact. The state can no longer sustain its public sector, productivity, and efficiency decline; there is no competition and the result is a bloated public sector.

The solution to this unintended economic disaster was to begin privatizing industries, but not just any industries. Instead of divesting failing industries to secure long-term economic development, the most valuable industries went up for divestment, including those in finance, energy, and tourism. The main industries that remained under state ownership were transportation, communication, and mining; ones that still partially remain under state ownership today. While the purpose of privatization is to encourage efficiency and competition, the purpose for the regime at the time was for quick capital. Sure enough, the divestment of the state-owned enterprises (SOEs) mentioned above yielded an 11.9% turnover for the state and $1.3bn in revenue with just 25 of the 77 SOEs sold.

But the same way the state selectively divested its enterprises, the figures who took control of these newly privatized industries were mostly former state officials or allies/family/friends to members of the state. What this did was ensure that the fresh capital was in the hands of people who were loyal to the regime, creating an elaborate network of business-state elite, the Makhzen. Even to begin to list the figures within this extensive network would need a separate article entirely of its own. A prime example is Aziz Akhennouch—initially a businessman, one of the wealthiest in Morocco, he would later become minister of agriculture and fisheries after joining the royalist Rally of National Independents. After the most recent elections, he resigned from his party and was able to maintain his position as minister.

Between the selective privatization and the rise of a business elite class with close ties to the state, capital was accrued at a zero-sum gain, with the majority of the population receiving the short end of the stick. Over the years, conditions were exasperated, with bread riots in the 1980s and the diaspora of Moroccans to Europe and North America.

Soon after the star of protests in February 2011, King Mohammad VI responded with a speech announcing constitutional reforms. However, what he did before releasing the constitution was perhaps the one major thing that quelled the possibility of a popular uprising. The increase of public wages and food subsidies, especially before Ramadan, was the regime’s short-term solution to a long-term problem. In fact, Morocco’s economic response to the protests was that of a rentier state—but Morocco is far from one, despite the fact that Mohammad VI’s personal wealth is greater than that of a rentier state’s monarch.

With the recent protests of the unemployed graduates, whose entity is separate from the February 20th Movement, economic dissent is becoming a greater common denominator for protesters in Morocco, regardless of political affiliation, demographic, and ethnicity. Similarly, protests in the northern city of Taza broke out in the first week of January of this year, with protesters—again unaffiliated with the February 20th Movement—demanding economic reform and chanting slogans that addressed the king’s personal wealth.

The reality is that for decades, the policies pursued by the regime have led to conditions where economic grievances were bound to be a major rallying point for the average Moroccan. I was personally troubled by an article published by The New York Times that concluded an article about the self-immolations with the following:

While some Muslim clerics have maintained that such suicidal protests are forbidden under Islam, self-immolations used to protest perceived injustice are viewed by many Muslims as acts of courage and not as suicide, as my colleague Robert F. Worth has reported.

I think I have provided enough of an explanation that these protests have little to do with religion, so why should religion be the concluding remark on these events? It is about entitlements, about decades of state-led growth depriving a majority of the population of basic opportunities in a society plagued with corruption and nepotism, creating conditions of hopelessness to the point that baring your chest to bullets or dousing yourself with gasoline is not a lingering thought of desperation but rather a public act meant to incite anger and frustration, and debate. However, the intended debate should not focus on whether or not these acts of self-immolation are sinful, but on why they happened in the first place. Where is that debate?