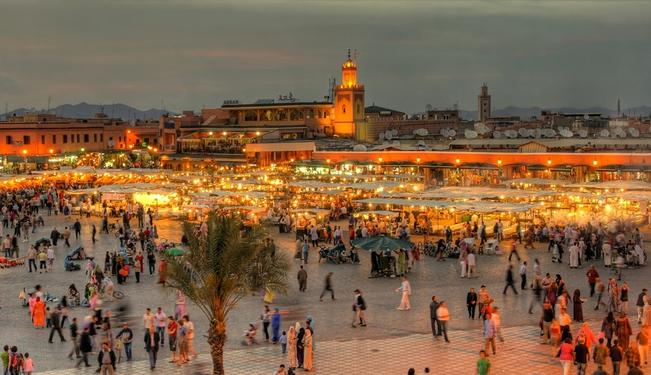 After a year away, I returned to Morocco today for ten days. I am sure that I will find the visit both challenging and satisfying. My central interest is to better understand the tangible governance issues facing the PJD (Justice and Development Party)-led government. It continues to struggle with advancing its agenda through parliament and achieving a consensus among its coalition partners on policies that effectively attack unemployment, the budget deficit, corruption, and social reforms. Most organic laws required to enable reforms promised in the 2011 constitution are still either being drafted or pushed off to a later agenda. And, as Morocco moves towards implementing its regionalization strategy, there is still a long way to go to enable officials and civil society to acquire the skills associated with effective local government.

While the policy debates on issues ranging from the latest version of the media law to subsidy and judicial reforms and strengthening protection for whistleblowers are well reported in the press, many critics are claiming that there are few results after 16 months in office. My assumption is that this is politics as usual in any democracy, especially a hybrid like Morocco. But there is more going on here that I want to explore.

In a country where labor issues can bring thousands of people onto the streets, it is remarkable, but not surprising, that a common platform addressing labor mobility, training for work, and an open regulatory environment has not been vetted and moved through parliament yet. As in the US, political leaders seem to have a block against cooperating on issues despite the reality that their constituencies voted for change, not for a stalemate. Morocco badly needs to restructure the labor environment to enable workers to acquire skills and access to jobs, while employers will benefit from more flexibility in responding to variable market conditions and a reduction in restraints on employee hiring and firing. This is not to say that important steps have not already been taken. The government is moving incrementally to improve the labor force by broadening and upgrading technical and vocational training, and by setting up a system to certify on the job skills acquisition. These steps, however, have not made a significant dent in the unemployment and underemployment rates.

An equally daunting task is focused on reducing and realigning the government’s subsidies to better serve the less well off in a country where a significant portion of the population is in the informal economy. Today, rich and poor equally benefit from fuel and food subsidies and the government is exploring options that not only relieve human needs, but also encourage small business expansion. One proposal that I heard last night is to subsidize small farmers rather than the price of imports to the wholesalers. Of course, I asked if this was just another form of welfare that could grow into corporate subsidies, which like in the US distort market prices. But that is not the approach that Morocco is considering. Greater support to local growers would include training and equipment for better crop practices, ranging from higher quality seed and watering to the use of fertilizer and more efficient cultivation, storage, and distribution. This would expand their capacity for more production, new employees, and fresh local supplies to market.

Whether it is better labor practices or rationalizing subsidies, at the heart of the movements to reform is human development. This morning I met with Meriam, a very capable, multilingual, female IT graduate from the top school in Morocco. She graduated months ago and still does not have a job. Less than 30 percent of her classmates have found employment. One female friend found an unpaid internship in Turkey through an organization that places capable graduates, for a fee, in positions scattered around the world. Now, Meriam is seriously looking at a position in India…ironic, isn’t it that Morocco is sending its talented young people, at their own expense, to fuel the IT capabilities of other countries.

I cannot help but put these concerns into a larger context – the daunting challenge of building consensus around reform policies that will benefit Moroccans, and the simultaneous need to greatly enlarge capacity building training for the grassroots as well as the managers of Morocco. The promised policy of regionalization – devolving power to local governments – requires local communities and their leaders to have skills for administration and governance. The demand for more and better jobs requires policies that enable the transformation of a rigid economic regime into a market-friendly, results driven, equal opportunity economy that prioritizes achievement over status.

*[This article was originally published by Morocco on the Move. The article represents the views of the author and not the perspectives of the Moroccan American Trade & Investment Center.]