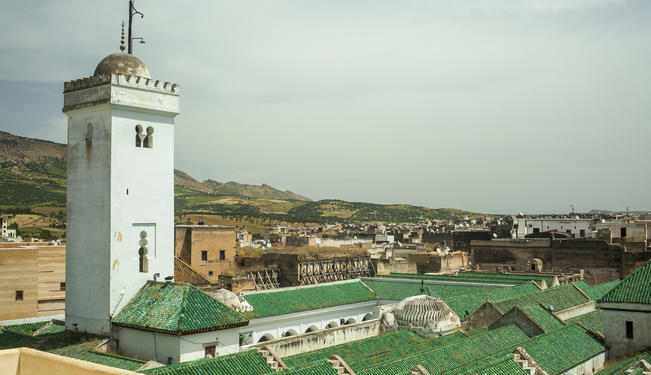 One of Morocco’s most pressing national problems is its high illiteracy rate.

In Morocco, policymakers have implemented several groundbreaking initiatives aiming to create educational programs to empower rural women. Despite progress in this realm, there are still ongoing tensions within the Moroccan educational system. As a Moroccan who was educated in a multilingual system, the author has experienced its flaws firsthand and recognizes the need for its analysis.

This study, therefore, assesses the quality of the Moroccan educational sector and the implications of a bifurcated educational system. The educational system is conducted in Fus-ha Arabic (Modern Standard Arabic) in public schools throughout secondary education and in French predominantly at the university level. It is important to understand how this acts as an obstacle to significant educational attainment.

The author bases the analysis on data collected in fieldwork, which was completed in seven Moroccan cities: Fez, Rabat, Casablanca, Ifrane, Meknes, Tetouan and Tangier. Research methods incorporated both qualitative and quantitative approaches. This involved structured interviews with government officials and professors, focus groups with students, directors, as well as data collected from various ministries and organizations.

Currently, one of Morocco’s most pressing national problems is its high illiteracy rate, particularly amongst women in the rural regions of the country. However, in the past several decades, the country has made progress in improving the literacy rate of the general population.

In 1960, the estimated illiteracy rate among the Moroccan population was 87%. Today, that number has, encouragingly, decreased to approximately* 56%.

However, these numbers can be deceptive in the case of Moroccan women. According to the Director of the General Secretariat of Morocco, unofficial sources show that 65-70% of all Moroccan women are illiterate. As women comprise 56% of the total population of Morocco, this is not a negligible statistic.

Furthermore, the illiteracy rate is reported to be much higher amongst the female population in rural Morocco, with government officials and all interviewees estimating an astronomical 90%. These extremely high illiteracy rates hinder the empowerment of these women.

Without an adequate education, rural women cannot fully comprehend their own rights or engage actively socially, politically or economically. From reforms and policies passed through legislation within the national government to the regional and local efforts made by NGOs and other small organizations, women’s empowerment has seen unprecedented progress in Morocco.

By collaborating with some NGOs, building schools, adding teachers, requiring girls to attend schools and enforcing a mandatory education for illiterate adults, the government of Morocco has recognized the crippling problem of illiteracy within the country, and various reforms, policies and objectives have been implemented to combat this issue.

King Mohammed VI adopted the National Initiative for Human Development (INDH) in 2005 with the objective of improving the living conditions of citizens. He also implemented a new reform to complement existing programs; known as the National Education and Training Charter (CNEF), which declared 2000-2009 the decade for education and training.

The charter was passed as a reform act in order to create positive changes that could improve education quality and adapt the educational system to the needs of the Moroccan economy.

Furthermore, this new reform reviewed educational methods in order to represent women as equal citizens. The charter officially requires men and women in both urban and rural areas to attend school through the sixth grade.

The CNEF aimed at establishing practical strategies to promote positive social attitudes and policies toward women through media and outreach. In addition, the Bold Education Emergency Plan reform was assessed in January 2009 to bridge the gap between the acceleration of educational reform and the effective use of resources, covering the period 2009-2012; it also represented a vital shift in policy.

In 1957, the Ministry of Education, led by Mohamed el-Fassi, decided to Arabize primary and secondary education. The Istiqlal Party supported this process of Arabization as a necessary step to preserve the cultural identity of Morocco. Since 1956, cultural and linguistic conflicts have impeded the educational system.

The Importance of French

While the presence and use of the French language is an understandable linguistic and cultural condition created by France’s colonial influence on Moroccan history, the fundamental problem of having multiple languages of instruction in the educational system is a result of a divide between different socioeconomic and cultural groups in Moroccan society.

It is the privileged and more well-to-do section of society who are given the opportunity to the foreign languages, while the lesser privileged do not receive this advantage.

French at the university level is mostly benefiting students in the middle and upper socioeconomic levels. If students of a lower socioeconomic status manage to work hard enough to get into a Moroccan university, are they on even ground with other “privileged” students who may have had private French language instruction prior to university?

Is this approach not establishing a greater socioeconomic divide by benefiting upper-class students at university level and making it more difficult for lower-classes to attain socioeconomic mobility?

In order to explain the existing systems, from middle school, private school-educated students are taught in French and transition to Arabic in high school. Public schools teach Arabic throughout. At university level, classes are taught only in French. Therefore, most students experience difficulty with this abrupt transition.

The Moroccan government has sought to take a positive step with the CNEF in answering the issue of a misplaced French educational system in a predominantly Arab nation. However, the majority of students still graduate from high school with fluency and academic experience in Arabic only, especially in public schools.

Currently in Morocco, most universities follow the French educational model, with only one exception opting for an American-based English system. Neither arrangement is specifically linguistically accessible to students, particularly rural, publicly-educated students.

It is argued that schools modeled on the French system have proven ineffective in Morocco in creating an environment that only favors a privileged social class, the European community, and middle- and upper-class Moroccans.

The privileged class does not have to pursue academics out of a desperation to make financial ends meet as they come from a position of economic security. This allows them the luxuries of intellectualism academia, which gives them an opportunity to shape their learning into a career of their preference and choice.

On the other hand, the lower classes can struggle in such a system because a large proportion of the students who manage to enter universities also have additional responsibilities outside of school, which they cannot discard as their outside work is mostly done to support their families’ struggling financial situation. These students complain of having too many responsibilities and cannot focus solely on advancing their education.

*[Note: *This statistic is based on the author’s field research in Morocco. Read the final part on March 17. This article was originally published by Jadaliyya.]