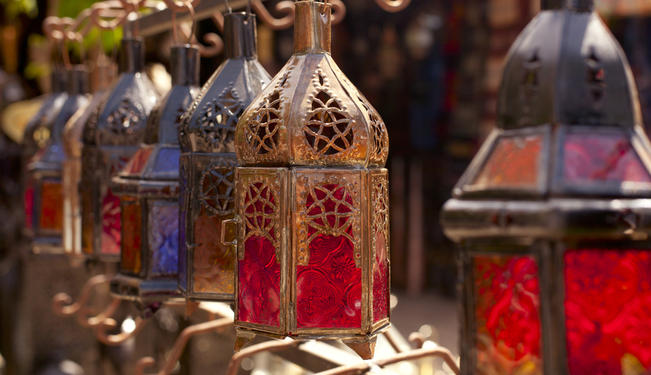 Morocco has a history distinct from that of its North African neighbors. It never became a part of the Ottoman Empire which ruled vast parts of the Arab world for centuries. Morocco thus has a long tradition of independence. The current ruling Alaouite dynasty claims to trace its ancestry back to the Prophet Mohammed and has ruled the country since the 17th century.

After 44 years as a French Protectorate, Morocco re-gained independence in 1956. In 1961, Hassan II became king. His 38-year-long rule was characterized by a mix of fierce oppression and cooptation of the domestic opposition. The period was also marked by several abortive coups against the king who managed to strengthen the dynasty.

When elections were held, such as in 1977, critics dismissed them as manipulated in favor of the king´s supporters. However, King Hassan´s successful policies for taking control of the territory formerly known as the Spanish Western Sahara, increased his popularity. Protests for political reforms in the 1980s had some positive effects in regards to liberalization and human rights. Nevertheless, the king kept most of the political power.

After Hassan´s death, his son Mohammed VI became king in 1999. The newly appointed ruler initiated economic and social reforms and started an investigation into human rights abuses during his father's reign.. Although the economy remains volatile, King Mohammed VI has increased Foreign Direct Investment into Morocco through economic liberalization. Furthermore, unemployment was cut by half to around 10% over recent years. Additionally, in 2004 he reformed the Mudawana, the family code in Moroccan law, in order to enhance women´s rights. Several conservative religious groups have, however, opposed the reform.

Despite these achievements, critical voices lamented a lack of real change and stressed high youth unemployment and low political inclusiveness.

Why is Change in Morocco relevant?

For some, Morocco has been deemed to possess the potential to set an example of change without the major armed strife seen in countries such as Libya or Syria. Moreover, the Arab world is currently experiencing the rise to power of Islamist parties, and Morocco too has had an Islamist prime minister since November 2011.

Contrary to ideas of Moroccan exceptionalism, the country was affected by the protests which swept the Middle East and North Africa since 2010. A key player in Morocco was the February 20thMovement which organized protests over the internet. One of the movement’s key demands was to strip the king of some of his powers and to turn the country into a constitutional monarchy. Further demands included lower food prices, greater political freedom, rights for Berbers, an end to corruption, and economic equality.

In response to these protests, King Mohammed VI promised greater political changes and successfully held a constitutional referendum in June 2012. However, despite reforms to promote a more independent judiciary and a more powerful parliament, the king remains the ultimate authority. He can still dissolve parliament, dismiss ministers, call for new elections, and has the right to rule on religious and security issues. Moreover, he remains the commander-in-chief and just as his predecessors, holds the religious status of Emir el-Mu'mineen (commander of the faithful).

The shortcomings of the constitutional reform and a lack of strict laws against corruption, demonstrate the old guard´s effective handling of dissent, as well as the February 20th Movement´s inexperience and lack of cohesion in pressing the government for further change.

Parliamentary elections in November 2011 brought the moderate Islamists, the Justice and Development Party (PJD), into power. The king, following the rules of the new constitution, chose the party´s leader Abdelilah Benkirane as the state´s first Islamist prime minister. Benkirane, leading a coalition including liberals, monarchists, and former communists, has vowed to tackle unemployment and corruption. Nevertheless, mass protests, organized by trade unions in May 2012 and smaller protests in August 2012 showed that many Moroccans are discontent with Benkirane´s achievements.

As a result, the question of whether there has been or will be actual change in Morocco, remains.

The image used in this article is the property of Shutterstock. All rights reserved