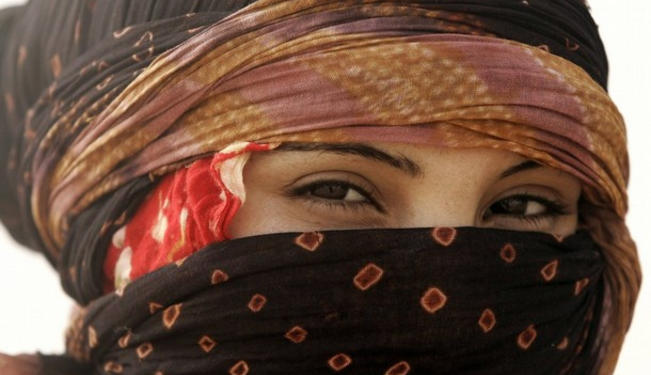 An analysis of the reasons for Algeria’s silent absence from the Arab Spring and the great changes sweeping the region today.

The Arab Spring has caused great turbulence, with popular demonstrations shaking the foundations of many regimes across the Middle East and North Africa, thus challenging the very way in which the region has been ruled for decades.

Algeria, however, has remained largely quiet during this time. Indeed, Algeria has steadfastly remained out of the Arab Spring limelight, defying speculation that the regional unrest would deeply affect it. This is rather surprising, given that Algeria is ripe for revolution, especially because of its long history of political upheaval and popular demonstrations and its widespread hatred of le pouvoir (the moniker for the Algerian regime), as well as its current youth unemployment of 20% and critically weak private sector.

Despite these afflictions, Algeria has seen neither major protests nor suffered the fate of neighbouring Libya or Tunisia. It has not proposed the major constitutional changes, such as those of King Mohammed VI in Morocco, nor been forced into a change of political leader like Egypt. Indeed, Algeria is maintaining a long springtime silence during this time of widespread change.

Memories of the Algerian Civil War

There are deep historical reasons that explain why change in Algeria, especially when driven by popular demonstrations, is not enthusiastically embraced. These reasons are deeply rooted in the events of the 1980s and 1990s. The oil crash of 1986, during which the price per barrel dropped from $30 to $10 and forced deep governmental budget cuts, led to popular demonstrations in October of 1988, which then led the country’s youth to demand reform of an inflexible and antiquated regime. The unprecedented scale of unrest was so extensive that President Chadli Benjedid put forth key reforms, including multiparty parliamentary elections.

However, in the ensuing elections of December 1990, the Front Islamique du Salut (F.I.S), an Islamist party, won 48% of the vote. To avert certain political catastrophe, a panicked regime and military swiftly instigated a coup d’état, banning the F.I.S. and starting a bloody and indiscriminate Civil War, which raged for 10 years and caused the deaths of 200,000 Algerians.

As a result, Algerians have traumatic memories of the consequences of protests and demands for reform, as well as direct knowledge of the unpleasant consequences of failed revolutions. This is not to say that an Arab Spring in Algeria will automatically deteriorate into a vicious civil war; however, for many Algerians now largely living in peace, the risk of a return to violence is simply too much to bear.

Additionally, after considering Algeria’s historical background, and the consequences of the Arab Spring in Libya, Egypt, and Syria, it is unsurprising that few Algerians are willing to participate. In Libya, Algerians have watched as large-scale public demonstrations and protests turned to bloodshed, civil strife, and disunity. The casualties and destruction of infrastructure is enough to remind many Algerians of their own nation’s recent past. Libyan chaos and strife implies that the choice for many in Algeria is not necessarily one of democracy versus autocracy, but rather of strife versus security and stability.

By comparison, the events in Egypt and Tunisia, although less destabilising, have still entailed the near-collapse of their national economies—something that has not been ignored in Algeria. According to the Council for Arab Economic Unity, the Arab Spring has cost the regional economy $100bn already; with the Geopolicity group stating that the ongoing unrest in Syria has cost its economy over $27bn thus far (made up of $6bn loss to GDP and $21bn loss of state revenue) .

Algeria’s very weak private sector explains why its citizens potentially put their own economic stability before their desire for political change. In addition, the potential key to Algeria’s silence is arguably in part due to popular fear of a scenario in which the regime does not cede to the demands of demonstrators, thus evolving into civil strife and a collapse of a vulnerable economy.

This fear of economic shock may at first glance seem to be a rather simplistic argument, but for a population suffering from unemployment and poor socio-economic prospects, it is not unreasonable to expect a vast majority to be keen to retain stability over political change. Algeria is a rentier state, deriving the majority of its economic output from oil production. In 2011, oil derived income is set to reach 60% of total budget revenues and 30% of total GDP. Consequently, Algeria is highly vulnerable to tides of economic disruption arising from potential street protests. Although located in the Sahara desert, such protests could disrupt oil production facilities, leading to great loss of income.

This occurred in Libya earlier this year, with the country losing the quasi-entirety of its oil output, a key element in the collapse of the regime. The Algerian government has always feared losing its oil. The rise in prices have led to a minor boom for oil revenue, which has boosted income to over $40bn, dwarfing the $2bn accrued from non-oil based exports. Losing this, even temporarily, would undoubtedly cripple the regime.

The Repressive Nature of the State

Another factor in Algeria’s silence has been the swift suppression by the regime’s security apparatus of any sign of opposition or demonstration. Frequently, the Algerian regime has used the police and paramilitary units to break up protests, often with considerable force. State security enforcers have arrested and detained protestors, usually without recourse to the judicial system, in order to stifle dissent.

During the Civil War, Algerian police and army units were infamous for their endemic culture of torture. Robert Fisk described the infamous police stations at Châteauneuf and Cavignac as: “Two torture centres [which] exert terror over the population of Algiers [and] where… men and women are now taken from their homes without arrest warrants or the production of identification papers by the security forces.”

Given the history of the security forces’ past penchant for brutality and violence towards demonstrators, it is no surprisethat protests have not been widespread. The fear of torture, rape, and death whilst in custody seems to have been a contributing factor in Algeria’s lack of protests, with the population keenly aware of how far the regime will go to stifle dissent. Furthermore, Algeria is often referred to as a “bunker state,” a country in which the regime perpetually perceives itself to be under threat and reacts accordingly—irrationally and fiercely to any public protest. It is evident that the fear of a violent reaction by the state towards demonstrators has led many choosing to stay at home.

The use of this “iron fist” is cleverly combined with minor concessions, aimed at waylaying any major demands for meaningful reform. President Abdelaziz Bouteflika announced in February that the State of Emergency Law, which restricted basic rights and freedoms, was to be repealed. Bouteflika also announced major changes to be wrought into the Algerian constitution, including the setting up of free and fair elections, ostensibly: "to reinforce representative democracy".

These measures, as well as an increase in subsidies of common staples to over $2 billion, indicate a strong desire by the Algerian regime to placate mainstream Algerians. Equally, in September Bouteflika announced the creation of ‘unrestricted’ media, allowing private television and radio stations for the first time. These measures, however, are not concrete and do not represent firm reforms. These short-term fixes for long-term issues have thus far partly kept Algeria from succumbing to the Arab Spring fever.

Finally, the absence of a united opposition has helped the Algerian regime steer through the Arab Spring. The opposition in Algeria, unlike in Libya and Syria, has not risen to the occasion that has been created by the regional unrest. This may be due to state repression, but it is also likely that opposition in Algeria is highly exterior in nature and only able to function in exile. The opposition is therefore not able, regardless of whether it is Islamist or not, to build a large network in Egypt like the Muslim Brotherhood. This makes it very unlikely that the current opposition can be successful at reshaping Algeria into a participant of the Arab Spring. This weakness, combined with the history of the Civil War era, means that the Algerian political scene is largely the preserve of the regime, having been gutted during the late 1990s of its most prominent opposition figures.

Today, Algeria has remained almost completely silent and largely unaffected by the Arab Spring. This can be explained by its destructive past and the fear of a destroyed economy and civil war, combined with increasing state repression and coercion. It is undeniable that by far the most important factor in this silence has been the heavy weight in the collective, national memory of the bloodshed of its Civil War, and the fear of further violent turmoil, a potential consequence that has already gripped Egypt.

However, the key to understanding why Algeria has not undertaken the same path as neighbouring countries is recognizing that almost all Algerians have a defined and real understanding that even the longest, most unexpected Spring will almost always turn to Winter, and that winter can be very harsh and unforgiving indeed.

In the near future, at least for the next few years, Algeria’s oil-buoyed regime will likely persist. Although Algeria will undergo its own unique and transforming change eventually, this will likely occur in isolation from the rest of the region.