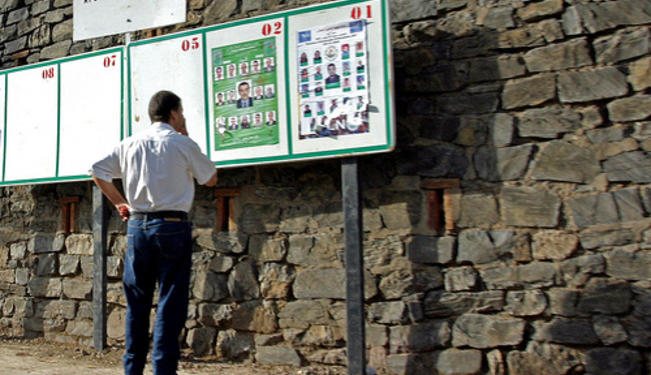 Algeria’s Islamists are bound to make gains in the country’s parliamentary elections on May 10, but it remains to be seen whether they will have a significant impact on the country.

As the Arab uprisings continue into the second year, there is a distinct hint of rising public Islamism across the Middle East and North Africa (MENA). Egypt has seen the ascendance of the Muslim Brotherhood in the wake of Hosni Mubarak’s vertiginous fall; in Tunisia the moderate Islamist party Ennahda has triumphed in parliamentary elections; and Libya currently has several moderate to possibly radical Islamist groupings vying for influence. The events across the region are heralding a shift from authoritarian sectarianism to a more populist Islamism.

One country in North Africa – largely unaffected by the Arab uprisings – is set to hold elections on May 10. These elections will test the permanence of this Islamist trend. This country has a violent track record both in terms of past elections and its dealing with Islamists. It was the host of a brutal and destructive decade-long civil war between Le Pouvoir (Powers-that-be) and Islamist guerrilla fighters. This nation, of course, is Algeria.

A New Islamist Alliance
As campaigns are readied in Algeria ahead of the official electioneering start-date, there is growing disquiet in official circles about the potential success of the Islamist parties.

The ruling Front de Libération National (FLN) is deeply plagued by internal rivalries, competing factions, and politically deadly infighting between its key players. It has largely lost its competitive edge and as such is vulnerable to an election upset.

There is the real potential that the Algerian electorate could use the election to send the message that it seeks change. Who better to carry that message than Islamist parties?

Currently, the moderate Mouvement de la Société pour la Paix (MSP) is the leading Islamist party. The MSP was founded in 1990 and is distinctly moderate; it was in favour of working closely with the FLN during the past two decades. It is – broadly speaking – in favour of maintaining the status quo, for now. Owing to its established Islamist credentials, the MSP is realistically the only major Islamist party likely to make major inroads in the forthcoming parliamentary elections.

In an interesting move, the MSP has decided to maximize its potential electoral gains by forming – along with two other Islamist parties, Ennahda and Al Islah – a so-called Alliance de l’Algérie Verte (The Alliance of Green Algeria). This alliance of moderate Islamist parties is likely to poll well and attract a fairly significant share of the votes. By campaigning together, sharing platforms and making a concerted push for key seats, these parties stand a chance of making Tunisian or Egyptian style Islamist gains.

Still, the success of this alliance rests on its ability to engage in highly aggressive campaigning in the style of Tunisia’s Ennahda party. It also hinges on how transparent the elections are.

A Crumbling FLN
Currently this alliance of three official Islamist parties poses a grave electoral risk to the ruling FLN party. On the heels of 50 years in power, the FLN has become monolithic, unwieldy and profoundly unrepresentative of the popular will. Currently, it is the scene of frenetic politicking and political in fighting, as the battle to be at the forefront of 75-year-old President Abdelaziz Bouteflika's succession intensifies.

Such internal division and fractious discord could not come at a worst time for the FLN. Buoyed by recent Islamist electoral successes in Tunisia and Egypt, Algerian mainstream Islamists are planning to campaign hard and exploit FLN disarray. The FLN will not be spared in the run for votes. As mentioned before, the key to victory lies in the adoption of aggressive vote-winning tactics similar to those of Tunisia’s Ennahda party. In order to maintain its hegemony, the FLN needs to campaign as smartly and vigorously.

If the Islamists were to win significant portions of the seats and votes on May 10, it would be a highly pivotal moment for the FLN, for Algerian politics, and for Algeria. It would potentially signal the end of the FLN’s dominance and the advent of a true multi-party co-operative government.

A Haunting Election Spectre
An election victory by Islamist parties would also evoke memories of the fateful election over two decades ago, that pushed the country into the abyss of civil strife and conflict in which hundreds of thousands perished.

In December 1991, the Front Islamique du Salut (FIS) won little over 47% of votes cast in a landslide election victory over the FLN. The FIS was in many ways an undefined Islamist party, comprising of a plethora of different political interests – but with a hard edged, conservative Salafism. Indeed, many of its leaders railed against what they saw as a “secular” state, demanding Shari’a law and the creation of an Islamic state. Following their election into power, the regime panicked. It cancelled the second round of elections, annulled the result, instigated martial law, and banned the FIS.

As a consequence many FIS members went underground to start a violent insurrection that was responded to in kind. This domestic war continued for a decade, until late 2001, and cost thousands of lives.

Haunted by this violent saga and with many still bearing the emotional and physical scars of war, Algerians can be wary of political processes such as elections.

The Arab Uprising Effect
However, this time might be different. With the emergence of the new Islamist alliance, gone are the days of the radical, firebrand speakers and their angry threats against the State. Today, in the wake of the Arab uprisings, Islamists across the MENA region have witnessed the power of the ballot box. They have seen how in post-Mubarak Egypt, the army did not stop Egyptians from expressing their choice for a Muslim Brotherhood majority parliament; nor did it stop them from taking power and initiating legislative processes.

Islamists in Algeria have also noticed how a moderate Islamist party has won in a Tunisia previously associated with profound secularism under its former President, Zine el Abidine Ben Ali.

These encouraging developments have undoubtedly empowered moderate Islamists such as the MSP. They have realised that in this era, no government can so flagrantly cancel an election. They now have electoral success plausibly within their grasp.

Algerian Political Apathy
Yet, the one thing potentially holding the Algerian Islamists back from victory is electoral apathy. The general disillusionment with the electoral process was demonstrated by the meagre 36% voter turnout during the last legislative elections in 2007. Thus, motivating and mobilizing the populace will be critical to success.

This political apathy is coupled with a pragmatic yearning for an improved quality of life. Many Algerians are more concerned about the state of the economy as vast portions of the youth are unemployed and denied opportunities in a weak private sector. They need and want a government committed to stimulating industry and encouraging economic possibilities, moving away from the oil industry in terms of revenue and instead towards a restructuring of the private sector. More than anything, Algerians are concerned with down-to-earth personal salvation over lofty ideologies.

The FLN has failed for decades to address these issues. It may be that Islamist parties have the will to reform and create a business, economic, and social environment in which Algerians can thrive. However, this is unlikely without a sweeping mandate born of wide, cross-societal support.

On Stage or in the Wings
In any event, Islamist parties are likely to make significant gains at the elections. The conditions are in place; the motivation exists, and grassroots organisation is developing. The severely weakened FLN is likely to lose ground and needs serious reform.

Despite these factors, the result is difficult to predict with an absolute degree of certainty. Even the use of opinion polls is unreliable. Only a tally of final counts will make the outcome clear. It is almost certain that Algerian Islamist parties will make gains, but it remains to be seen whether they will make their big entrance onto the political stage or if they will still be waiting in the wings.