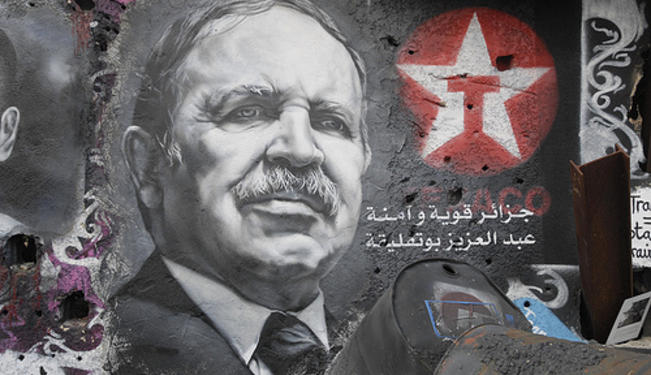 A summary of Algeria’s post-colonial history and a brief look at the first legislative elections since the start of the ongoing Arab uprisings.

Algeria, now Africa's largest country since Sudan split, gained its independence in 1962 after a bloody and catastrophic war which cost over 1 million lives and culminated in the end of French colonial rule. The war began in 1954 and ensued for nearly a decade, until the Front de Libération Nationale (FLN) rose to power.

Following this, Algeria saw its political route move towards a socialist system. The FLN aligned itself with the Soviet Union in the Cold War era and with revolutionary Arab states. Despite the discovery of natural resources such as oil, economic growth has been unable to keep up with the population increase.

The most recent recollection of modern Algerian history focuses on the civil war of the 1990s. Following the victory of the Islamist party, Front Islamique du Salut (FIS), in the local elections of 1990 and the first round of parliamentary elections in December 1991, the Algerian military annulled the vote. The military staged a coup d’état, forced the president from power, and seized control. The FIS was banned despite popular support.

As a result, Algeria was affected by over a decade of civil war between various armed Islamist factions and the military. The Groupe Islamique Arme (GIA) was the largest armed rebel group and eventually broke into smaller factions that fought each other as well as the regime. The war left over 150,000 people dead.

In 1999 an amnesty was issued, following the electing of President Abdul-Aziz Bouteflika, which subsequently meant that rebels began to put down their weapons. Bouteflika also began to enforce a combination of reforms in an attempt to quell the rebellion.

The Arab Uprisings, Islamists and the Legislative Elections

Following the start of the ongoing Arab uprisings that began in Tunisia, non-violent protests reached Algeria by January 2011. While protesting against living conditions, corruption and other socio-economic grievances, four Algerians set themselves alight to emulate the actions of Mohammed Bouazizi.

In an attempt to curtail protests and to stop them from reaching the scale seen in Tunis and Cairo, Bouteflika pledged economic and political reform and ended the 19-year state of emergency law in February 2011. As a result, demonstrations significantly calmed.

Analysts argue that the limited nature of the protests in Algeria, compared to other Arab countries including neighbouring Morocco which continues to see demonstrations by the February 20 Movement, was due to public fear of a return to violence like in the 1990s. The civil war in Libya and the now armed revolt in Syria have led many Algerians to shy away from calling for demonstrations. The involvement of NATO forces in the battle for Libya also resurrected bitter memories of the War of Independence for the Algerian people. Indeed, a significant proportion of Algerians do not want to see any foreign armies on their land in the event of another war.

Meanwhile, with the ascent of the An-Nahda political party in Tunisia, the Muslim Brotherhood’s Freedom and Justice Party in Egypt, and the Parti de la justice et du développement (PJD) in Morocco, it is understood by observers that Algerian Islamists may gain a significant amount of seats in the elections on May 10.

However, despite the ban on the FIS, it should be noted that Islamic political parties in Algeria do participate in parliament.

"Algeria is neither Tunisia nor Morocco or Egypt. We have our own political history where Islamism is an essential part of the political landscape and we've seen at least one Islamist political party sharing the power, like the Movement of Society of Peace (MSP)," said Mhand Berkouk, of the Algerian Center for Strategic Researches and Security (CRSS).

The turnout for Thursday’s election is expected to be low with some projections standing at 20%, due to vast proportions of Algerians holding no confidence in the modest reforms that Bouteflika has introduced. It is believed by many that the same corrupt politicians will be the winners on the day and therefore, apathy is rife.

As a result, Algeria is unlikely to see demonstrations or an intifada (uprising) anytime soon, unlike its Arab brethren from Tunis to Sana’a.