Boris Johnson, the British prime minister who fancies himself a reincarnation of Winston Churchill, who talks of wars and battle plans and war rooms, and who has been pictured wearing something akin to a boiler suit, presides over studied inaction when it comes to the country’s coronavirus outbreak. Johnson and his chief medical officer, a phlegmatic Professor Chris Whitty, are determined to keep the economy running and to interfere in people’s lives as little as possible.

The motive is ideological, though they claim their strategy is fixed in science and fact. The remarkable successes witnessed in China and the vital lessons to be learned from its experience are simply being ignored. Speaking on the BBC’s Today Programme on February 28, Jeremy Hunt, the former health secretary, put it in more palatable terms: Being a “mature” democracy means that Britain’s government does not need to act like China’s.

A point which he and many others in Britain seem to have forgotten is that in China most families have elderly relatives living with them. If the coronavirus strikes, younger people will see their parents and grandparents suffer and, in all too many cases, die. Empathy, sympathy and common humanity more than any other consideration explain China’s willingness to sacrifice economic growth rather than the old and the vulnerable.

In Britain, elderly relatives are mostly put out of sight and left out of mind. It’s hard to tell how many avoidable deaths will be needed before younger people realize that it is their own elderly relatives who are being sacrificed. But only then, I fear, will the government and its medical advisers abandon the perverse and callous pride they take in putting economy and normality first, and in avoiding the decisions and expenditure which in China have saved hundreds of thousands of lives.

For now, people in the UK are being told to wash their hands frequently and for at least 20 seconds on each occasion. They are told to blow their noses into tissue and bin it. They are told not to touch their faces. They are told to stay at home if they are unwell. This will slow up the inevitable spread of the virus and buy time, though for what is unclear. Neither schools, universities nor places of work — including Parliament — will close. Trains and buses will stick to their routines. Under no circumstances will cities be closed off and their populations quarantined in their homes.

Even as the number of cases grows, “the vast majority of people in this country” can and should go about their business as usual. Food supplies to the supermarkets will be maintained. The police will continue to police and the fire service will fight fires, although their priorities may change. The National Health Service will delay non-urgent care. If teachers are sick, larger classes will be permitted. If schools do have to close, it will be as a last resort and only in the event of a major epidemic, in which case grandparents — whose age puts them most at risk — will be asked to look after children who have all the while been kept in class passing the virus amongst themselves. If doctors and nurses fall by the wayside, retired colleagues and unqualified students will be recruited. People over 70 — except, presumably retired doctors, nurses and teachers — will be banned from attending large gatherings.

Younger people who volunteer to work in whatever capacity is needed to fill the gaps left in public services will have their jobs kept for them for a month. Small businesses will receive financial help. Research into the virus will be stepped up.

So confident is it, Downing Street has even overruled the Department of Health and decided not to remain part of the Early Warning and Response System through which members of the European Union coordinate cross-border action to prevent, control or mitigate pandemics. At the same time, 99% of UK doctors surveyed said the country was unprepared for the outbreak; just 8 of 1,618 shared the government’s optimism.

Normality at Whatever Cost

Normality is to be preserved, no matter what. People are told that the chances of any one person catching the virus are small. This may well be true for me or you, but someone will catch it. And for as long as each of us feels that the chances of infection remain small, the number of cases and deaths will mount. People are told that there will be “excess” deaths as if each death is merely a death foretold — a death moved from one accounting period to a marginally earlier one. People are told the mortality rate will be less than 1%, a figure based on the expectation that there are many more people with the virus than reported.

Meanwhile, the figure given by the World Health Organization (WHO) is 3.4%, a number that is holding up not just in China but in other major outbreaks around the world. The truth is no one will know what the death rate is until long after the outbreak has subsided. Yet the British government has already decided what “fact” it wants to put its faith in.

It is often said that only fools learn from their own experience. In Boris Johnson, we have the worst of fools. But he and his entourage — for that is what the government has become — will not even have that excuse, for they have been warned again and again about their lack of preparedness and the vacuity of their plans. “Act now, pull out all the stops, and learn from China,” cries out the WHO.

“Negligent” and “ridiculous” is how many GPs (general practitioners, in the UK the first port of call for people who feel unwell) describe the government’s response. There are insufficient beds and health workers even at the best of times, and beds for the critically ill and ventilators are in even shorter supply. The clown and his court are fully culpable for what is about to happen. 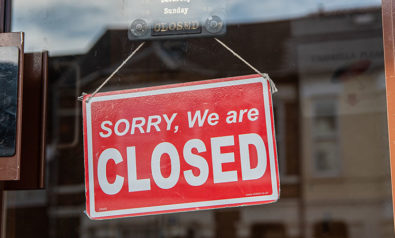 Why It’s Taking Britain So Long to Tackle COVID-19