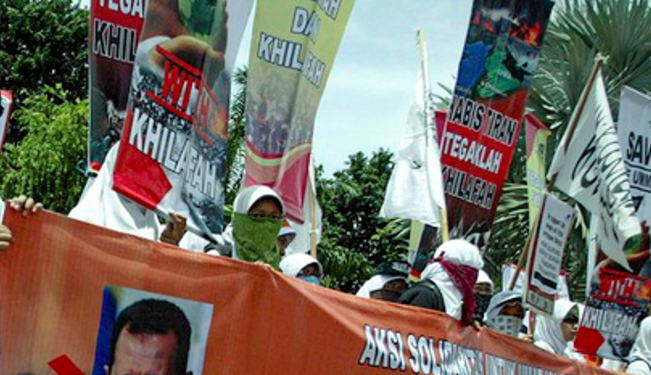 Contrary to popular notion, there seems to be a convergence between the emerging and the established Islamic movements in Indonesia. This could indeed intensify activism in matters pertaining to religiosity in the civil society sphere.

An observer of Islamism in Indonesia recently argued that the country’s Islamist politics is “more symbolic in nature than substantive”. While this might hold true in terms of Islamist appropriations of cultural symbols for political purposes, it will be simplistic to dismiss the postulations of Islamists’ movements such as Partai Keadilan Sejahtera (PKS) and the Hizbut Tahrir Indonesia (HTI) as being merely “symbolic”.

These Islamist movements, particularly the PKS and the HTI, though inspired by transnational ideologies, have established a pronounced presence and clout in post-New Order Indonesia through various channels.

These channels include the print media and new media establishments, cultural projects and civil society initiatives, as well as their presence in the national and regional legislatures or their connections to political institutions such as the Majelis Ulama Indonesia (MUI), Indonesia's top Muslim clerical body. Though viewed through the security lens as “fundamentalists”, these “new” Islamic movements have risen above stereotypes by positively shaping mainstream political discourse in the post-New Order era besides working within the framework of democracy and civil society.

In fact, these movements have been able to do so by their ability to connect with ordinary Indonesians through a sophisticated adaptation to Javanese culture and by responding to their needs on a variety of everyday issues. These range from tackling corruption and unemployment to rising food cost to hikes in oil prices and social inequality.

The “substantiveness” of movements such as the PKS and HTI can be gauged from this fact: Islamic movements such as the Nahdlatul Ulama (NU) and the Muhammadiyah, which are far more entrenched in mainstream Indonesian society, acknowledge and collaborate with these new movements. We find much evidence that the NU and Muhammadiyah do not discount the presence of the PKS and the HTI.

Constellation of the Pious

An example of collaboration between the new and the longer established movements was the coming together of HTI, NU and Muhammadiyah to convene a conference in 2010 on providing socio-economic and moral solutions for post-New Order Indonesia with the aim of alleviating poverty. Beyond socio-economic issues, their confluence is particularly pronounced in matters pertaining to morality and religiosity in Indonesia. Indeed the PKS, HTI, NU and Muhammmadiyah adopted a common platform to show their solidarity as movements seeking moral solutions for social issues in the post-New Order era. They did this through political pressure on the controversial anti-pornography bill that was eventually passed in parliament in 2008.

While senior associates of NU and Muhammadiyah have registered their presence at PKS events, the PKS has enthusiastically courted the cadres and sympathisers of NU and Muhammadiyah by including images of Ahmad Dahlan and Hasyim Ashari, the respective founders of Muhammadiyah and NU, in their posters. Likewise, we find that the spokesmen of NU, Muhammadiyah, HTI and PKS have regularly collaborated as morality-driven movements to call for a legal ban on the Ahmadiyyah sect in Indonesia. Contrary to the image of these established movements as bastions of “democratic and pluralist Islam”, NU and Muhammadiyah leaders have regularly colluded with their HTI counterparts in the MUI to call for anti-Ahmadiyyah fatwas or religious edicts.

In 2005, Muhammadiyah’s chairman Din Syamsuddin, who is also secretary of MUI, was one of the two signatories of MUI’s fatwa calling for a ban and the disbanding of the Ahmadiyyah sect after they were declared as being “outside Islam” and as “apostates”. A senior elder of NU and chairman of MUI, Sahal Madfudz, petitioned the Ministry of Home Affairs, the Ministry of Religious Affairs, the Head of Police and the Attorney General to enforce a legal disbanding of the Ahmadiyyah. These initiatives in turn culminated in the Forum Umat Islam (FUI), an HTI-dominated moral policing body to enforce the anti-Ahmadiyyah fatwa.

In spite of ideological differences between the more established Islamic movements and the PKS and HTI, there is little evidence of hostility and virulent counter discourses. On the one hand, this might be telling of how the PKS and the HTI have successfully negotiated socio-political space in post-New Order Indonesia; they have made significant in roads into domestic social, political and cultural spaces long dominated by the NU and the Muhammadiyah. On the other hand the HTI and PKS are clearly conscious of a need to avoid any combative posture towards NU and Muhammadiyah in their aim to infuse a moral or religious consciousness in the post- New Order political landscape and the Indonesian Muslim public.

In fact, PKS Secretary General Anis Matta has gone on record to clarify that the PKS has aims of establishing a committee to ensure any “emerging tensions” or “dispute between the party and the two religious organisations [NU and Muhammadiyah]” would not compromise the movement’s political purpose of seeking religious solutions for socio-political issues in post-New Order Indonesia.

There is no doubt that the new Islamist movements have been able to penetrate the longer established movements, but it is also important to acknowledge that the reformasi era has birthed a consciousness on their part to cultivate long term relationships to enable them to stay relevant in Indonesian society and politics. A constellation of such movements, bringing together the new and the established, will eventually work in favour of the Indonesian public at large through producing a more vibrant civil society.

While religion is fundamentally the basis of these movements, it does not prove to be a hindrance to their attempts to negotiate issues of governance and society in the post-New Order landscape.