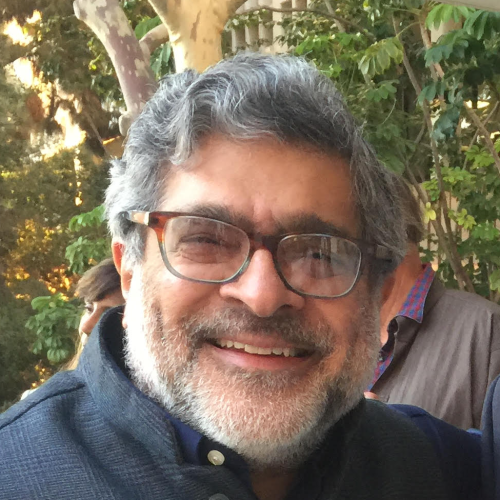 Vinay Lal is a Professor of History and Asian American Studies at the University of California, Los Angeles (UCLA). His interests include South Asian history, comparative colonial histories, the Indian diaspora, public and popular culture in India, cinema, cultures of sexuality, the global histories of nonviolence and the thought of Mahatma Gandhi. His 14 authored and edited books include the two-volume “Oxford Anthology of the Modern Indian City” (Oxford, 2013), “Deewaar: The Footpath, the City, and the Angry Young Man” (HarperCollins, 2011), “Political Hinduism” (Oxford, 2009), “Of Cricket, Guinness and Gandhi” (Penguin, 2005), “The History of History” (Oxford, 2003), and two books co-edited with Ashis Nandy. He was elected to the World Academy of Art and Science in 2001.

Obsessing About Records: Yoga and the Guinness Book

Many Indians rejoice in the universalization of yoga, yet some are alarmed by its commodification. What is it about the Guinness World Records that makes Indians dizzy with anticipation and sends them on a bizarre journey of self-gratification? A number of public commentators, among them a New York Times correspondent, appear to...

The celibate Gandhi is as much a conundrum as any other Gandhi we have known. A celibate for the greater part of his life, Mahatma Gandhi continues to attract nearly unrivaled attention — often for the sex that did not take place. Even his friends and admirers, who revered him...

By Vinay Kumar Pathak Contrary to popular notion, there seems to be a convergence between the emerging and the established Islamic movements in Indonesia. This could indeed intensify activism in matters pertaining to religiosity in the civil society sphere. An observer of Islamism in Indonesia recently argued that the country’s...