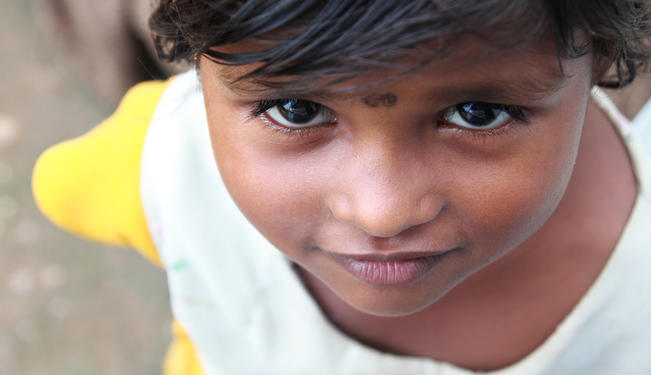 Ashok Rao, a serial entrepreneur, discusses the Indian Diaspora and its past, present, and future in this three part series. To read part two, click here.

So what is the future for our diaspora? Well, the answer is not that simple and could most accurately be answered by, “It depends.” It depends on a variety of factors, some within our control, but most not. While ethnic Indians are a small but wealthy minority in the US, UK, and the countries of the New Diaspora, they constitute 40 percent of the populations in Fiji, Trinidad, Guyana, Reunion and Suriname, and 70 percent of Mauritius – all Old Diaspora countries.

The New Indian Diaspora, especially in the United States, is highly organized with many regional and pan-Indian cultural, professional, religious, and charity organizations. In recent years, Indians have demonstrated their increasing political influence with the election of Louisiana Governor Bobby Jindal, South Carolina Governor Nikki Haley, NY Attorney General Preet Bharara, and the formation of the India Caucus in both the Congress and the Senate.In Canada, currently, there are nine MPs of Indian-origin in the Canadian House of Commons. In the UK, a record number of eight Indian candidates, including two women, have been elected tothe British Parliament, and eight members of the House of Lords are People of Indian Origin.

The success of Indian entrepreneurs, CEOs, scientists, academics, media personalities, filmmakers and IT professionals in the US has created trust in India’s intellectual abilities abroad. This success has been a major factor in branding India as a source of well-educated and hard-working professionals. Remember, it was barely 20 years ago that India was not “cool.” There was no “India Shining” or “Incredible India.” People viewed India as a poverty-ridden country of snake charmers and elephants – but no more. This new “India brand” explains the increased interest in recruiting Indian graduates and professionals in several countries. It also contributes to the willingness of US and other companies to collaborate with, and outsource to, Indian companies. Ethnic Indians, particularly in New Diaspora countries, have become known for their economic, professional, academic, scientific, and artistic successes, as well as for their generally peaceful integration. However, the vast majority of the 30 million people of the diaspora, including those on temporary contracts that make up the Gulf Diaspora, face discrimination, have limited rights, and can only look forward to less secure futures.

Let’s face it; we are a people who differ in ethnicity, skin color, and religion from the majority populations of most of our host countries. Despite the general acceptance of ethnic Indians, and the increasing “coolness” of being Indian, we remain potential targets of xenophobia and hate-inspired violence. Incidents of ethnic tensions exist all across our diaspora; for instance, in Old Diaspora countries such as,

This discrimination persists not just in countries like Malaysia, Fiji and Trinidad, but also in the New Diaspora countries like the UK and Germany, where skinhead Brits and Germans have violently clashed with people from South Asia. In Australia, attacks on Indian students have occurred at an alarming rate. Even in the US, a country where Indians have made immense strides in all fields, Indians are not immune from hate crimes, such as those committed by the Dot-buster gangs of New Jersey or the massacre of worshipers at the Sikh Gurdwara in Wisconsin.

Wherever Indians are able to establish themselves, they became indispensable as the principal arteries of trade and shopkeepers to the nation. Unfortunately, as a result, people insinuate that Indians have achieved this success through illicit activities; by marginalizing the local population; and with no other thought than of enhancing their own interests and prosperity. We become victims of our own success.

Having noted all of this, our diaspora should be a source of pride to all Indians, both inside and outside of India. Indian migrants have lived in conditions of appalling poverty in many places around the world, where they were first taken as indentured labor many years ago. Still, a number of remarkable transformations have taken place over the past generations. Through thrift, dogged perseverance, hard work, and most importantly by a withdrawal into their own culture, these Indians successfully labored to give their children and grand-children better economic futures. In time, these descendants came to capture the trade, commerce and business leadership of their new homelands. This was equally true in South Africa, Kenya, and Uganda as it was in Trinidad, Mauritius, Suriname and Burma, in spite of the resentment and discrimination of the local populace and political establishments.

If Indians appear to have done well for themselves within the economic domain of these Old Diaspora countries, our affluence in new diaspora countries like the United States is even more pronounced, as is our presence within top professions. Though our share of the population in the US is less than 1%, Indians account for well over 5% of the scientists, engineers, and software specialists, and almost 10% of all the doctors. No group, not whites, not the Chinese, nor the Jewish people, has a higher median household income than Indians, which is almost double that of the overall average of the United States.

Indeed, when India, the nation, was teetering on the edge of bankruptcy 20 years ago, the flood of success stories coming from our diaspora helped to lay the groundwork for the abolition of India’s senseless licensing restrictions on capacity creation, product diversification, and import competition. The very effective lobbying of the Indian Government by our diaspora eventually triggered India’s liberal reforms and set India on the path to becoming an economic juggernaut – a so called BRIC country. Who can forget the clarion call of “Desh Bachao, DOT Hatao,” from a couple of Indian stalwarts from California, that became the catalyst the Indian telephone system rising from “Worst to First” in the world?

India’s recent transformation is analogous in some ways to what happened to Japan during the Meiji Restoration in Japan 150 years ago. Emperor Meiji ended the Shogunate and forced a transformation in Japan from being a closed feudal society to a market driven economy. Japan’s transformation was accomplished through major initiatives implemented by gifted Japanese. The Emperor sent these gifted men to bring back ideas from Western nations that were adapted to Japan’s culture and needs.In India’s case, our diaspora has served a similar function, though unlike Japan, not because of our government, but in spite of it.

Our diaspora has contributed to India’s ascendency in the world. In all of the countries to which Indians have migrated, Indians have achieved in the fields of entrepreneurship, business, academia, science, arts, and culture. Experts predict that India will overtake China as the most populous country in the world by 2050. Our population will be young and thus highly mobile. Given the conundrum of an expanding middle class in India, juxtaposed against the continuing abject poverty of over half a billion Indians, migration patterns will accelerate. In spite of discrimination, xenophobia, and exclusion in many countries, our diaspora grew by over 10 million people during the last decade alone. The migration of highly-skilled professionals, the continuing export of labor, and illegal immigration to New Diaspora countries are likely to add to those numbers.

As I look back at our diaspora’s past and try to look forward to its future, I am reminded of Omar Khayyam’s famous poem from his signature work “Rubaiyat.” I think that Khayyam’s words best articulate my observations:

“The Moving Finger writes; and, having writ / Moves on: nor all thy Piety nor Wit, / Shall lure it back to cancel half a Line, / Nor all thy Tears wash out a Word of it.”