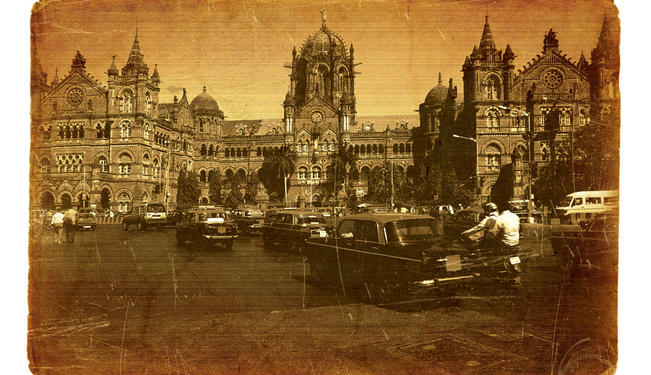 Ashok Rao, a serial entrepreneur, discusses the Indian Diaspora and its past, present, and future in this three part series.

When I was asked to write this article on the topic “The Indian Diaspora – Past, Present and Future,” I wondered what could I write that you, the reader, didn’t know already. After all, in the US particularly, our Indian diaspora tends to be well-read, well-educated, and well-informed. But I channeled Sir Richard Branson and his motto, and decided, “Screw it! Let’s do it,” and dived into researching this fascinating phenomenon.

Our diaspora’s past and present has been thoroughly documented and analyzed, but what about our future? Our future is an area where we have so many prognosticators and so many expert opinions. It’s like going to the movies; everyone has an opinion, and everyone is a critic. Once I started researching the history of our diaspora, I realized that there was a lot I didn’t know, and I assume that this is probably the same for most of you. The view of our diaspora very much depends on your own personal perspective, your socioeconomic status, and your host country. In other words, your own somewhat blinkered view of our diaspora.

I. The Meaning of “Diaspora”

How many of us know what the word “diaspora” actually means, and what its source is? Very simply put, the source of any Diaspora is migration.

Let us consider the act of migration for a moment. Migration, a fundamentally essential ingredient of global social change, is a phenomenon that has been taking place for thousands of years and continues to take place all over the world. Migration happens when people can no longer sustain themselves within their own milieus. Thus, they migrate to places where resources are more easily available. In earlier periods, people migrated from one place to another in search of food, shelter, and safety from persecution. Today, people tend to migrate in search of better career opportunities and better quality of life.

Of course, migrants take to their new locals their skills and expertise, but they also bring their cultures, living styles, and collective memories.  Over the ages, this cultural migration has been a common thread irrespective of nationality or ethnicity, whether it is Jewish, Irish, Italian, Polish, British, German, Chinese, or Indian. Over the past two millennia, three broad patterns of migration have occurred:

(a) Ancient and Medieval migration to colonial powers

(b) Migration to the industrial nations immediately after World War II

(c) Recent migration to developed countries for better career opportunities and better living condition, where the Internet, affordable airfare, and cheap communications help to maintain close ties with one’s homeland for people migrating to these countries.

The phenomenon that is human migration is best captured by the term we have all come to know as “Diaspora.” The term Diaspora is derived from the Greek words “dia”, which means “through,” and “kpeiro,” which means “to scatter”.  Literally, “Diaspora” means “scattering” or “dispersion.”  The term originally referred to the dispersion of Jews after their exile from Babylon in the 6th Century BC, and later to describe all the Jewish people scattered in exile outside Palestine. Today, the word has evolved to classify any group of people who are dispersed or scattered away from their home country with a distinct collective memory and a myth of return.

When used in relation to the Jewish people, there is no ambiguity about the term “diaspora”.  But once the word is applied to other religious or ethnic groups, it becomes difficult to make a clear distinction between a migration and a diaspora, or between a minority and a diaspora. For instance, we do not use the term “British Diaspora” when discussing the presence of even recent descendants of British people in Australia, New Zealand, South Africa, Canada or the United States. Instead, we call them Aussies, Kiwis, South Africans, Canadians or Americans, even though they possess most of the characteristics of people of a diaspora. The term is not applied to many of the German colonies established in Central and Eastern Europe, nor do we use the term to refer to the populations of several Latin American countries. These colonies, in both Chile and Argentina for instance, continue to retain their Germanic identity – normally a key-defining feature of a diaspora.  But there is no reference to a “German Diaspora” in our lexicon. They are typically referred to as a “minority of superiority.”

A diaspora is also characterized by the role played by a collective memory. This collective memory perpetuates the historical facts that precipitated the dispersion or scattering, as well as the cultural heritage of the homeland, and is often religious in nature. The Indian diaspora fulfills all of the conditions required to be characterized as a diaspora. Let us examine those requirements in detail:

1. We maintain our family traditions of origin, but also are gradually subject to social, cultural, and political integration into the host nation.

2. We are acutely aware of our Indian (and regional) origins, but do not go much further than a sympathetic curiosity about them. However, our personal identity is significantly affected by that awareness.

3.  We take an active interest in the general fate of India, and in important events in India.

4. We perpetuate significant aspects of our Indian culture like language, tradition, and religio. For example:

5. We maintain regular communications with our family and friends in India.

6. We send remittances back home on a regular basis. India is number one in the world with over $55 billion in annual remittances. China is second with $50 billion. And lastly,

7. We attempt to influence our host country’s government to pursue policies favorable to India. For example, the intense lobbying by the Indian diaspora in the US that persuaded a recalcitrant US Senate to approve the Nuclear Treaty a few years ago.