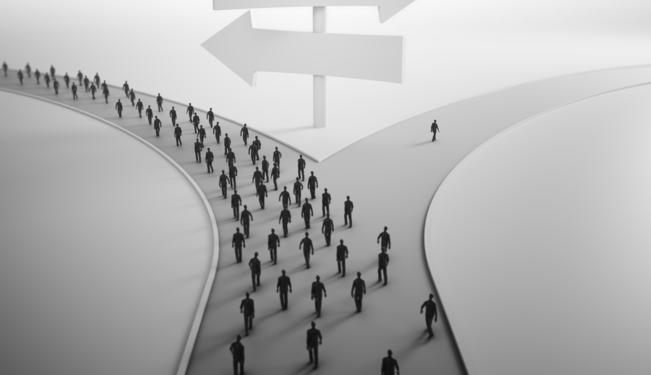 Once christened as the "jewel in the crown," India has since failed to live up to its potential.

India is a country that has a plethora of descriptions: "The world’s largest democracy," "Land of spirituality," and "Land of tigers and elephants" are just a few to name. A nation that exhibits uniqueness in every aspect of its existence, celebrated its 66th anniversary earlier today. The birth of modern India was accompanied by bloodshed and chaos. The partition of British India into Muslim-majority Pakistan and Hindu-majority India led to one of the largest mass migrations in history. Indeed, neither governments were prepared to face the upheaval of partition. This resulted in countless causalities and homeless families. Thus began the life of independent India, which has for years been tormented by a policy of "divide and rule," initially by the British and then by the political class in the name of "Vote bank politics."

Fast-Forward to the Present

Today, India is a bustling republic with nearly 48% of its population below the age of 21. Ranked amongst the top five in terms of GDP, its successful space and nuclear missile programs make it a regional player to be reckoned with.

As a global player, India has principally remained independent where foreign policy is concerned. India’s non-alignment policy during the Cold War-era and its refusal to sign the Nuclear Non-proliferation treaty (NPT) are testaments to this.

Yet poor foreign policies have plagued India in the last decade. The border disputes with China and Pakistan have never been further from being resolved. The alleged "incursion" by Chinese troops into disputed territory near the de facto border, as well as  frequent skirmishes near the Indo-Pakistan border, are not healthy signs for the region.

In the last couple of weeks alone, five Indian soldiers were killed and the ceasefire was violated thrice by Pakistan. Cross border terrorism has broken peace talks from time to time. The attack on the Indian Parliament in 2001 and the 2008 Mumbai attacks had derailed peace talks during that period. It would be futile to argue over the existence of safe havens for terrorists in Pakistan, and would augur well for India if it bolstered its security and enhanced its intelligence wing. Relations with the West have gained momentum since 2001. The favorable response from the West towards the successful launch of India’s intercontinental ballistic missile, Agni-V, reiterates the existence of strong ties.

An ever-increasing population is fueling urbanization throughout the country. Villages and towns have been grossly neglected in India’s economic growth story. In 2010, an article in an Indian daily brought notice to the fact that nearly overa quarter of a million farmers committed suicide between 1995 and 2010. Death and draught were likely causes; yet the lack of will by the government to diffuse this potential catastrophe cannot be ignored. For a predominantly agrarian country, this is a baffling reality.

Despite ranking amongst the top five in terms of the number of dollar-billionaires in the world, India still ranks 136th in Human Development. The imbalance can largely be associated with government policies or the lack of will to implement them carefully. The dearth of willfulness by the government to take necessary actions to retrieve illegal money stashed in foreign countries has angered the public at large.The steady rise in gas prices and growing inflation have not eased the pain of the common man either.

The political class lives in a world of its own, totally disconnected from the pulse of the nation. "Leadership" is a term that is used generously but exhibited rarely by the political class. There seems to be a clandestine competition between the existing ministers in terms of whose scam is valued the most. The nation as a whole is dangerously close to accepting corruption as an inevitable part of everyday life. According to the Corruption Perception Index (CPI), India ranks 94 out of 176 nations this year. In spite of  the unfavorable scenario, global organizations have been trying to woo the Indian markets for a long time; yet it takes more than just lobbying to secure a share of this pie. The world’s largest retailer, Walmart, couldn’t launch in India due to its inability to meet the government’s "30% local sourcing" guideline. The large population of India alone is enough for giant corporations to want to invest in the country, but the government has been highly successful in stalling that. Brand India certainly takes a hit due to the doddering support for entrepreneurial ventures, coupled with corruption.

India lacks neither the man power, nor the willingness to achieve greatness. The land that gave birth to Buddha and Gandhi certainly needs no moral compass.. What then prevents this country from becoming a true global power?

The political class is squarely to be blamed for this state of affairs. The commoner has tried his best to taste success. It is time that people become happy because of the political setup rather than in spite of it. It would be unfair to blame a single political party but the Indian National Congress (INC) takes the cake. In the last few years alone, numerous scams worth millions of dollars have been credited to the existing batch of ministers. The prime minister is but a pseudo center of power. Rarely have we seen the prime minister voice his opinion, and if he does, it is in support of his tainted ministers. When one part of the country is torn by protests demanding separate statehood, it is Sonia Gandhi, president of the Congress Party,  who makes the decision rather than the cabinet of ministers the prime minister, or the president. The Congress is indeed the leading player in an existing coalition government. But to assume that it is the government is a fatal error of judgment. The existing opposition party, the Bharatiya Janata Party (BJP), is not all that pristine either, which makes the scenario exponentially worse. Given that the natural response for any crisis is a heated exchange of words between these two heavyweights, the common man is but forgotten altogether.

The Indian struggle for  independence is a legendary tale with Mahatma Gandhi at its helm. Gandhi’s vision introduced the concept of peaceful and non-violent resistance to a world torn by war. A land once christened as the "jewel in the crown" of the British Empire has so far failed to live up to its potential.

Indians must choose wisely while electing representatives to government. General elections are not far off and to vote the existing government out of power is the first step towards recovery. In a country of more than a billion people, it is not impossible to congregate thousands against a cause. Leaders who can make decisions aimed at taking India forward, are the need of the hour. There is every chance that this style of leadership would lead to short-term resistance, but it is the price we must pay to undo the deeds of the past. It is imperative that all Indians exercise their right to vote, even if the ideal candidate seems elusive. The lesser of two evils is the choice at the moment and in years to come, better options will emerge.

Every nation in the world has had its testing times, and what differentiates the great from the rest is the will to make tough decisions. The question is, can we as a nation make those choices? The second struggle for independence is brewing passively and the mood of the country is heading towards transformation. A new and truly independent India is right around the corner.