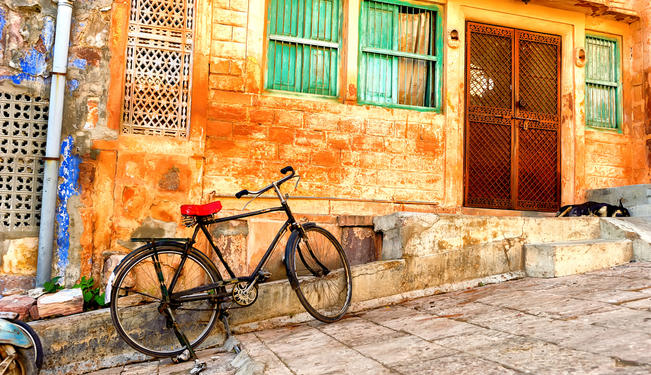 With high inequality and corruption that is rife, India is a volcano about to explode.

When India became independent, it had a clear idea of its destiny. Gandhi had set India on a course that was democratic, egalitarian and plural. In keeping with India’s syncretism, people speaking a multitude of languages, practicing widely different spiritual traditions, and living widely different lives came together to forge a nation state that celebrated its 66th birthday today. India is now better fed, better clothed, and more prosperous than it was under the British. Yet Indians have painfully discovered that throwing out a foreign oppressor is much easier than building a thriving nation. Today, India has lost its way. It has no moral compass, no clear identity, and it does not know where it is heading.

On Independence Day, the Indian prime minister mounts the ramparts of Delhi’s Red Fort and addresses the nation. The people have long stopped paying heed to such rituals. In the case of the current prime minister, it is widely regarded that he is a puppet. Hence, the ritual has even less meaning than usual. Like the decaying Mughal Empire of the 18th century that operated out of the Red Fort, the Indian state is crumbling. Bit by bit, all institutions have corroded. Under Indira Gandhi, the bureaucracy and the police were subordinated to the whims of their political bosses. The military and judiciary were also targeted and since then have been in decline.

India no longer has any rule of law. Victims of crime cannot register a case with the police unless they are rich or powerful. If the police do lodge the case, nothing happens thereafter. If the police investigate and the case proceeds to trial, it takes ten years or more for it to be heard. Thousands of cases are pending in lower courts and India is a text book example of justice denied through delay. This gives ample opportunity for any criminal to doctor evidence, intimidate witnesses, and bribe officials. Because the state has failed, people turn to organized crime for protection and justice. In tribal areas, the Naxalites — local communist guerillas — are active in a third of the districts of the country. This does not even include Kashmir and northeast India, where insurgency has flourished for decades. In fact, India ranks 89 on the Global Peace Index below such stalwarts such as Russia and Lebanon.

Part of the reason India does not have rule of law is because most of India’s laws do not make sense. As Dr. M. Krishnamurthy points out, India’s basic laws such as the Indian Penal Code, Indian Police Act, Indian Railways Act, Indian Posts and Telegraphs Act, and Land Acquisition Act were all drafted by the British Parliament to perpetuate colonial rule and exploit India’s resources. Similarly, India’s bureaucracy was largely devised by people like Cornwallis, who lost to George Washington but redeemed himself by establishing control over India, and Benjamin Jowett, the legendary Master of Balliol College, Oxford in the 19th century. India declared its independence, but did not change its colonial laws or reform its rapacious bureaucracy.

Corruption at its Peak

India’s political system is dysfunctional. The system is nominally federal but too much power rests with the center. Taxes flow to Delhi, then to Swiss bank accounts, and only then to the rest of the country. Indians hold more money than Russians in Swiss accounts, giving some idea of the scale of corruption. Such corruption is possible because too much power vests with people in power. Furthermore, decision making is still notoriously opaque.

While India’s political system is centralized, its politics is highly fragmented. Politics is entirely based around identity. To a certain degree this happens in any diverse country. Most African Americans voted for Barack Obama but he still stands for certain principles. In India, elections are won largely on cobbling together a winning coalition of castes and communities that vote as a block. A country of 1.2 billion people is represented by a mere 545 members of parliament, making elections an expensive proposition. Only dynasts from established political families or entrepreneurial bosses of criminal syndicates are able to run for office. The name of the game is patronage. In an era of coalitions, the Nehru family is still in power but it has to share more of the loot with others just as the Mughals had to when they became weaker.

Economic liberalization has followed a path more similar to Russia than to China. Unlike the latter, India is yet to invest in infrastructure or education. Its bureaucracy remains byzantine and does more harm than good. As in Russia, the Indian political elite has sold off the country’s natural resources to cronies through rigged auctions. The $30 billion 2G spectrum scam demonstrates the impunity with which India’s political elite operates. The social contract for economic liberalization in India has been large bribes from big business to the political elite in return for control over natural resources. The biggest racket within India is in property. Anyone in this business has to get in bed with the politicians, and Sonia Gandhi's obnoxious son-in-law has reportedly amassed billions of dollars through land deals that apart from causing a circus in parliament are leading to precious little. The fact is that most politicians are feeding off the land gravy train, including those in the opposition. No one really wants a true investigation. Little surprise though that tribes who suddenly find themselves dispossessed without due process or adequate compensation, turn to Naxalites through despair.

Yet even this contract between government and industry is being broken. Just as the Russian bureaucracy under Putin reasserted control over oligarchs, the Indian state has been tightening the screws on industry. India presents the illusion of judicial activism with a highly visible Supreme Court. The reality is that government moulds prosecution. There are no independent investigators who can torment the powerful in the way prosecutors tormented Clinton and Nixon. The powerful cannot be touched. The industry is being emaciated as the Congress reverts to its socialist roots. Under Indira, India declared itself a socialist country. Now it is doling welfare through spurious schemes that incur massive leakage. It is also increasing the regulatory burden on business, which just means bureaucrats and politicians can indulge in more extortion or, in more polite words, “rent seeking.”

The CIA is optimistic about India just as it was bullish about the Shah’s Iran. It sees India as a democracy that might one day be a counterweight to authoritarian China. However, as MIT’s Yasheng Huang argues, democratic India can be a lot more authoritarian than autocratic China. The greatest challenge India faces is not the state of the country but the apathy of its citizens. Indians have been seduced by conspicuous consumption and rampant materialism. The ends justify the means. Corruption has become a way of life and people are fine with paying bribes for basic services such as driving licences and birth certificates.

During the Gandhian era, the enemy was clear and visible. It was the sanctimonious Englishman taxing the starving Indian till the pips squeaked. Even salt was not exempt. Gandhi marched to the sea to break salt laws and kick off the Civil Disobedience Movement. After independence, the waters have become much more muddy. As India’s population has shot up from 300 million to 1.2 billion since independence, the struggle for survival has become fiercer. The economy has largely been strangled by red tape for most of the period since independence. Laws and systems are out of sync with daily realities. People get around them through corruption. The cousin who is a high flying bureaucrat is admired for having cleared a tough exam and for getting things done for relatives. The fact that he might be stealing from the state exchequer is shrugged off. In India, the operative assumption is that every system is corrupt and everyone has a price. The lack of belief in fighting for things as they should be is the scariest aspect of the country.

Popular culture as reflected in Bollywood, cricket, or the media is disconcerting for people who remember times when there was still vestiges of idealism in the country. When Indira declared Emergency, a number of political leaders were willing to go to jail, students were willing to protest, and some members of the press spoke out the truth. What was not achieved through coercion has been attained through co-option. Indians have accepted that the system is beyond repair and cannot change. They try to work around it. Few criticize the government as they used to. The intellectual climate in the country is dead, there is no courage of conviction and, for all the flag waving during cricket matches, Indians have lost their sense of identity. Few affluent young people in metro areas speak in their native tongue or have any clue about their history. Macauley’s aim to educate a people who cannot “be educated by means of their mother tongue” has been achieved.

Inequality worldwide has increased but, in India, it is at its starkest. From Ambani’s opulent Mumbai mansion, one can behold Dharavi — one of the largest slums in the world. In the words of V.S. Naipaul, India has a million mutinies now. Yet the country eschews a serious conversation on any issue. The media serves the standard fare of celebrities and scandal. Cricket and Bollywood are the modern counterparts to the Roman Coliseum. India now has 1.21 billion people with over 50% of the population below the age of 25. This demographic is disproportionately male and ferociously dissatisfied. Under the surface, tensions are simmering. India is a volcano about to explode.