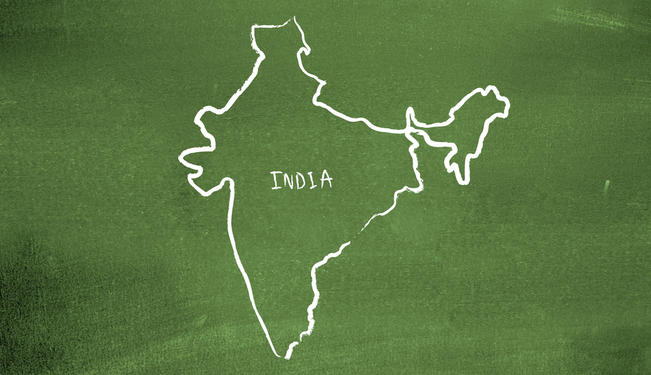 Will India tackle its teeming challenges or will it be overwhelmed by them?

India, to borrow Mark Twain’s 1897 quote, is older even than legend. It has a continuous cultural tradition that goes back thousands of years. In the 6th century BC, legends such as Gautam Buddh and Mahavir walked the land, establishing Buddhism and Jainism, religions that continue to survive today. India came up with the decimal system, profound spiritual traditions and established universities such as Nalanda, which was open to anyone from around the world, centuries before Oxford opened up to non-Anglican students, and long before it admitted non-Christians.

While Europe compromised its Greco-Roman heritage and converted to Christianity, India has retained its native cultural traditions to the present day. Despite conquest by Muslim and Christian invaders, India has preserved its intrinsic cultural identity. The plasticity of the Indian mind, its genius for dealing with plurality and its ability to absorb seemingly diverse cultures is unique.

The Indian state as it exists today is a British creation. Unlike China, India’s default settingis that of regional kingdoms. Empires, such as those established by the Mauryas in 3rdcentury BC, and the Mughals in the 16th century AD, brought together modern-day Pakistan, Bangladesh and the bulk of North India under one rule, but none of them ever controlled the southern tip or the northeastern part of the country.

India inherited its territory, its laws and system of government from the British. Its constitution, drafted by a constituent assembly that proclaimed fundamental rights for its citizens such as individual liberty, still incongruously retained the 1861 Police Act, drafted four years after what the British called the Sepoy Mutiny.

Despite nearly seven decades of independence, India is still ruled by the Nehru dynasty, with other mini-dynasties acting as feudatories to India’s de facto royalty. Lower castes no longer face the same discrimination as before. The Indian economy is growing but Indian institutions are collapsing and corruption is rife.

India is still far from becoming the global power that it aspires to be and, while many of its citizens are succeeding on the global stage, the country is going through a profound crisis because its leaders are drifting and lack a vision for the future.

Why is India's Independence Day Relevant?

There are five reasons why the 66th anniversary of India’s independence is relevant to the world.

First, India’s freedom marks the beginning of the shift in the global balance of power that is ongoing today. Prior to this day, the British Empire was at its zenith. It had engaged in the greatest wealth transfer in history, exploiting colonies around the world ruthlessly. India’s independence started the unraveling of the European empires. Soon, other countries in Asia and Africa were free, and today, these countries are called “emerging economies” instead of developing countries.

Second, India’s freedom marks the perils of creating new nation states on the ruins of empires. Decades of the British policy of divide and rule bore fruit in the division of the country into India and Pakistan. The two neighbors have been at loggerheads and fought many wars. Pakistan has since been further divided into Bangladesh. Identity politics bedevils these young nations and insurgencies abound. Kashmir continues to be a flashpoint.

These pains are not unique to India. The arbitrary boundaries in the Middle East are largely a consequence of Sykes-Picot, the cynical Anglo-French agreement to divide the spoils of the Ottoman Empire. Africa is dealing with colonial borders that are completely out of sync with tribal realities. The modern nation state is a European creation. Perhaps it is time to think more creatively when it comes to designating territories and designing institutions for governance.

Third, after 66 years of independence, India clearly demonstrates that overthrowing an oppressor is the easy task. Figuring out what to do when the oppressor has left is the greater challenge. Egypt is already finding that out but so, after all these years, is India. In a country where Gandhi was outvoted twice, the Nehru dynasty rules with impunity. Corruption has reached exponential levels and institutions have collapsed.

Fourth, India’s independence raises a profound philosophical question. India owes its freedom in no small measure to the genius of Gandhi. Einstein was right in pointing out that of all the great political men of the 20th century, Gandhi’s contribution was the most profound. Essentially, Gandhi stood for a more just, transparent and free society. At a time of historic inequality and increased power of the state, this is a good occasion to remember what Gandhi spent his life fighting for.

Finally, this is a good time to put in stark focus the future of India. On the one hand, this nation of 1.2 billion people is home to some of the most intelligent, entrepreneurial and innovative people on the planet. On the other, it is a country of heart rending poverty, inhuman inequality and gross injustice. Worryingly, it is bereft of any leadership. Will India tackle its teeming challenges or will it be overwhelmed by them? That is the multibillion dollar question for the country and the world.