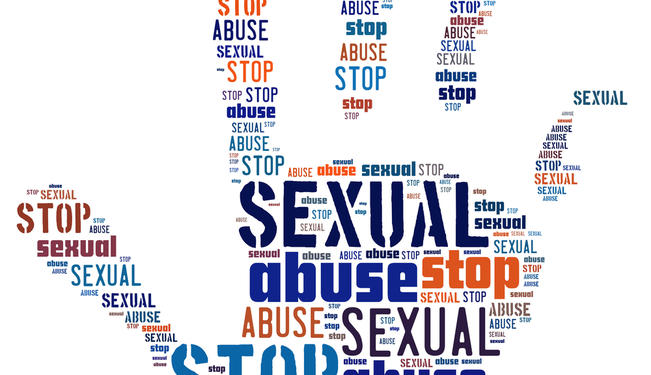 A sexual assault in India raises questions about widespread sexual harassment of women at work.

The arrest of Tarun Tejpal, the founder and editor-in-chief of Tehelka magazine, for the alleged rape of a junior female employee, symbolizes the corruption that has poisoned India’s soul. Not too long ago, a woman was gang-raped and beaten unconscious a stone’s throw from the president’s opulent residence. She died soon after.

Now it turns out that residents in the country’s mansions are preying on the women they are supposed to protect. A retired Supreme Court Justice has been accused of molesting an intern. Tejpal, a part of that elite, has shown the extent of its moral depravity and dishonesty.

The Facts of the Case

Tejpal is alleged to have sexually assaulted a female colleague during the THINK fest, an event organized by his magazine in Goa. Ironically, the conservative Taliban leader Mullah Abdul Salam Zaeef was among those invited to the event. Tejpal’s influence can be gauged from the fact that he was able to arrange a visa for Zaeef, despite the fact that India does not have any relations with the Taliban. To put matters in perspective, Zaeef is one of the founding members of  the Taliban and spent four years at Guantanamo.

P. Chidambaram, the finance minister who is a close confidant of Indian Prime Minister Manmohan Singh, was not also present at the event and but also in the same place as Zaeef. Robert de Niro and Amitabh Bachchan, two major stars from Hollywood and Bollywood were also in attendance. Tejpal clearly has international clout and is able to get the high and mighty from around the world to mingle together.

Prima facie, such a high profile event would seem like an unlikely place for sexual assault. Yet, the power-drunk Tejpal sexually assaulted his subordinate in a public space on two separate occasions. Thereafter, he allegedly threatened to fire his victim for not giving in to his advances. Furthermore, Tejpal indulged in prevarication in the immediate aftermath of his crime to cast doubts on the validity of his victim’s account who happens to be a close friend of his daughter. The whole episode is much too sordid even by the murky standards of the Indian elite.

Once Tejpal’s actions came to light, he engaged in evasion and equivocation. He tried to downplay his behavior as “misconduct” and “a bad lapse of judgment, an awful misreading of the situation.” Then he tried to be sanctimonious and claimed that he felt “impelled to atone further.” He went on to claim that he “felt atonement cannot be just words. I must do the penance that lacerates me. I am therefore offering to recuse myself from the editorship of Tehelka, and from the Tehelka office, for the next six months.” His ploy after the incident has focused less on contrition and more on self-preservation.

It turns out that the victim had complained to Soma Chaudhary, the managing editor of Tehelka and a feminist who claims to fight for women’s rights. Yet she sided with Tejpal. Instead of initiating an enquiry and lodging a police complaint, she deemed the sexual assault as “an internal matter” of the company. Chaudhary and Tejpal perhaps assumed that the victim would back down and the matter would soon be forgotten.

Unfortunately for them, she fought back. At this point it appears that Tejpal’s remorse evaporated and he resorted to playing political games to prove his innocence. In his bail application, he claimed that his sexual assault amounted merely to “light hearted bantering,” which was being played up because he had been a “foremost critic of right-wing majoritarian politics in the country,” and an “active campaigner against any attempts to tarnish secular fabric of the country.” By claiming to be a victim himself, Tejpal demonstrated a Machiavellian dishonesty that has become the hallmark of India’s New Delhi-based ruling elite. Any demand for accountability or revelation of corruption is labeled as an attack by “communal” forces. Secularism has become a cloak to hide vices instead of a principle this elite believes in.

But what does a case about sexual assault on a young female employee, who is a friend of Tejpal’s daughter, have to do with India’s politics?

The Murky World of the Indian Elite

Indian politics is a murky business where cash is traded for favors. The Nehru family has been in power for most of the time since India’s independence in 1947. It has perfected the art of patronage and payment, which other parties practice much more crudely. There has long been an unstated suspicion that the Congress party led by Sonia Gandhi, the widow of Nehru’s grandson, used Tehelka to launch “sting operations” against opposition leaders. Scams under the Congress-led government have reached historic heights and run in figures that are worth billions of dollars. Yet, not one politician of the ruling Congress party was ever exposed by Tehelka’s moral crusade against corruption.

India’s establishment is known to be incestuous. Leading figures in journalism, cinema and politics have close ties with each other. Self-interested loyalty — not commitment to justice — drives them. Javed Akhtar, one of Bollywood’s leading lyricists, has leapt to Tejpal’s defense. Despite increasing evidence of the assault, he has praised him for “impeccable values” and “having the guts to repent.” Akhtar is a cultural icon who has publicly spoken out against sexual harassment of working women, but has incongruously leapt to Tejpal’s defense. Leading figures in Bollywood have been caught possessing illegal arms and hunting endangered animals. They have even driven their cars over homeless workers sleeping on Mumbai’s pavements who died thereafter. Yet they have all got away scot-free.

Politicians protect celebrities both in journalism and in cinema. Impunity from criminal prosecution leads to abject loyalty to the establishment. These celebrities vilify prospective rivals of the ruling party and campaign for their masters during elections. In a largely poor and illiterate country, the impact of celebrities cannot be overstated. Tejpal is part of this circuit and, therefore, is appealing to his masters in code language for protection.

The Tejpal scandal raises two important issues that have long-term implications for India. First, the country no longer has an independent media. Its journalists no longer care about the truth. In fact, they collude with politicians to distort the public discourse. The Nira Radia tapes revealed that some of India’s top journalists were brokering deals between politicians and big business. In fact, most media organizations are either owned by big business or by relatives of politicians. Independent minded journalists often find themselves unemployed and unemployable. The concentration of power in the industry means that there is a culture of serfdom. Power-drunk media bosses spin stories to further the interests of their friends. Most bosses exploit those who work for them. Sexual abuse is rampant and unseemly whispers about many famous names abound. The author cannot take names because victims are unwilling to come forward. Tejpal himself reportedly told his victim while assaulting her: “This is the easiest way for you to keep your job.”

Second, the sexual harassment of women in India is increasing exponentially. With greater education women have more opportunities. They now constitute 24% of the workforce in the corporate sector. This has resulted in socio-psychological issues in a patriarchal and feudal society where women are still largely seen as homemakers. Men have failed to come to terms with the reality that women are now equal partners in a workplace. Sexual harassment is one of the methods for men to psychologically assert their domination over women. The absence of clear guidelines to prevent and punish offences at work has meant that harassment of women has proceeded unchecked.

India’s political elite has not cared about this issue. In 1997, the Supreme Court issued the Vishaka guidelines to protect women at work from sexual harassment. They were meant to be an interim measure but lasted until this year when the government finally enacted the Sexual Harassment of Women at Workplace (Prevention, Prohibition and Redressal) Act.

It is important to note that this act was hastily drafted after the public outrage over the brutal gang-rape and murder of a physiotherapy student in New Delhi in December 2012 in close proximity of the president’s house. Yet the act has yet to be notified by the government, which is essential in the Indian system if a law is to be implemented. Weak laws mean that those with expensive lawyers like Tejpal are unlikely to be convicted. Poor enforcement of weak laws, the tardiness of the court system, corrupt judges, and incompetent prosecutors mean that hardly anyone is ever convicted of sexual harassment in India’s still semi-feudal society where this practice is rife.

End the Culture of Impunity

The tragedy of India is that even those claiming to fight against corruption and injustice are often corrupt oppressors themselves. Tehelka has been referred to as a“liberal-minded Indian magazine known for its exposés of corruption and abuse of power.”

In reality, beneath this patina of slick public relations, it is guilty of the very crimes it claims to expose. The organization ignored the Supreme Court Vishaka guidelines and did not have the mandatory complaints committee to inquire into allegations of sexual harassment. The blatant attempt to cover-up for Tejpal and the subsequent attempt to play petty politics to save his skin shows the extent of Tehelka’s moral bankruptcy and cynicism. It shows the extent of hypocrisy in Indian society where even supposedly “liberal” bosses expect sexual favors from their female subordinates in public spaces. The rot has set in far too deep. Even gamekeepers have turned poachers.

The issue here is that women should be able to work without fear or favor. Bosses should not be allowed to treat the women who work under them as playthings. Men, long in charge in Indian society, must be accountable for their actions. The culture of impunity for crimes against women has to come to an end.