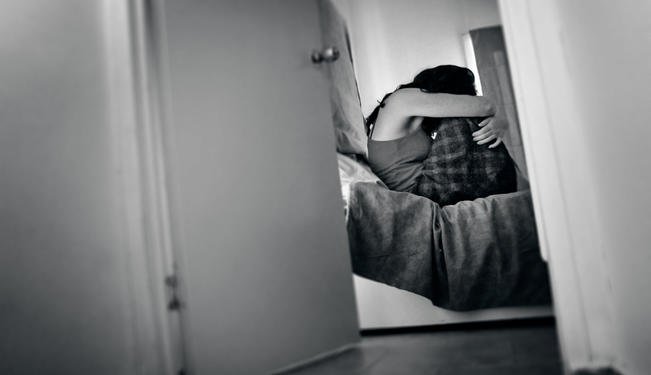 Ever one of the most controversial political topics, abortion has held a strong byline in US media since the passage of Roe v. Wade in 1973. This time, Michigan is taking the lead in establishing policy shifts regarding reproductive justice and health care access when, on December 11, the state passed the “Abortion Insurance Opt-Out Act.” The law, passing only due to a citizen signed petition for reconsideration, segregates insurance coverage from including “elective” abortion services — establishing discriminatory access limitations for survivors of sexual violence.

Though Governor Rick Snyder vetoed the law upon its first vote, the measure was brought forth again after the group, “Right to Life of Michigan,” secured a petition with over 300,000 signatures in favor of the initiative.

According to the law, both publicly funded health plans and plans paid for by private businesses will no longer cover abortions for cases of sexual assault (rape) or incest; coverage will only exist in cases where the mother’s life is at risk.

The law is purported by supporters as a means of allowing those in opposition to abortion to avoid contributing to the costs of the procedure through their taxes.

Opponents to the new law highlight the problematic assumptions aligned with requiring someone to preemptively assess their risk of being sexually assaulted. An assault survivor herself, Senate Minority Leader Gretchen Whitmer told The Detroit News: “This tells women that were raped and became pregnant that they should have thought ahead and planned for it.”

Suggesting that people are able to preemptively avoid sexual assault directly opposes nationwide programs run by sexual health and violence educators. Those involved in rape crisis work advocate teaching that it is one’s responsibility not to assault rather than avoid being assaulted, as a prevention technique.

It should be noted that votes in favor of passing the law did not fall strictly according to party lines; Senate Democrat Tupac Hunter of Detroit and House Democrats Charles Brunner of Bay City and Terry Brown of Pigeon voted in favor of the bill, despite its lack of support among voters. According to a poll conducted by Lambert, Edwards & Associates, a bipartisan public relations firm, 42% of likely voters were in favor of the measure requiring those desiring abortion coverage to purchase an additional insurance rider. Of that 41%, 44% of those in favor were women.

Coined “rape insurance,” these new coverage riders increase the cost of insurance to any and all who may “assume” they are at risk of sexual violence. Research from the National Sexual Violence Research Center shows that one in four girls will be sexually assaulted by the time they turn 18, as will one in six boys. No pre-existing conditions have ever been identified as measurable qualifiers for sexual violence survivorhood, meaning there is no way that someone can determine ahead of time whether they will be assaulted. Everyone is at risk of being sexually assaulted.

Likely taking effect in mid-March, those who cannot afford the additional coverage now separated by the recent change in law will have to bear the burden of paying for the entirety of their medical procedure — estimated by Planned Parenthood to cost between $300-$950.

Though women are not the only ones who experience sexual violence and incest, they are disproportionately representative of sexual violence survivors. With the minimum wage currently at a rate of $7.40 in Michigan, a woman working a minimum wage job would pay anywhere from one to three weeks of her earnings, pre-tax, for her medical procedure. These costs do not exist in a vacuum however, as women often face additional expenditures related to transportation, child care, lost wages, and any medical complications that may occur. Lack of coverage creates a tremendous financial burden on trauma survivors, particularly those who fall in the 15.7% living under the poverty line, according to US Census data.

Beyond the financial burden this law places on the shoulders of already traumatized survivors, opponents assert that the law is inefficient due to the lack of available riders in the state. According to Planned Parenthood’s Mid and South Michigan CEO, Lori Lamerand, “There are certainly no riders for abortions here” — an assertion also supported by Elizabeth Nash of the Guttmacher Institute.

Currently a Republican controlled legislature, Michigan spent recent years forging a path of conservative-backed policies, including the prohibition of all abortions after 20 weeks unless the mother’s life is at risk, permission to carry concealed weapons on school grounds, and the hotly contested “right-to-work” legislation.

Michigan is also not the first to pass legislation removing “elective” abortion coverage as is delineated according to the new law. Eight other states, including Kansas, Missouri, Idaho and Nebraska, have similar restrictions, not allowing standing insurance plans to cover abortion procedures for pregnant survivors of incest or rape unless their life is at risk. According to the Guttmacher Institute, only two of these states currently offer the alternate insurance riders for purchase.

As we have seen with recent controversial legislation coming out of Michigan, pushback and challenges are inevitable. Although the base of the state’s current government leans more conservative in their politics, one must ask, is abortion a zero sum game? Should attempts to limit abortion access include restricting trauma survivors from accessing medical services that, for many, are essential to both their physical and psychological well-being?

As Governor Snyder said upon his initial veto of the bill, the Abortion Insurance Opt-Out Act “just went too far.” Only the future will show if the majority of Governor Snyder’s constituents agree, and whether this frightening trend will continue threatening the security of trauma survivors across the United States.