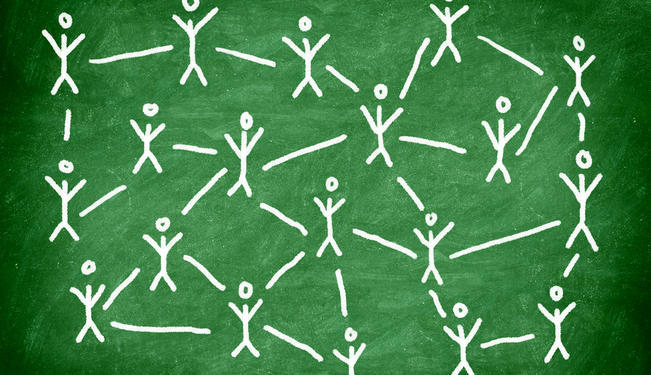 Life without internet has become inconceivable both in business matters and in daily global communication.

Language has proven to adjust with the years, evolving with its speakers and allowing countries, towns and cultures to prosper and retain identities. Yet as much as language defines its people, it also divided the world, separating it by misunderstanding. By the introduction of the World Wide Web in the late 1980s and early 90s, those divisions took a dramatic beating. The closely woven culture of a country became spiced with cultures from across the planet. Hip-hop has walked onto stages that once held ancient instrumentations; Bollywood dancers have shed their long skirts. A trend that would have normally gone no further than a borderline can move seamlessly across an ocean. Internet has changed lives globally by instantaneously informing and coloring with the unification and melding of Internet into culture.

Information at the Touch of a Button

Even with the many outlets, aspects and types of cultures, Internet has infiltrated lives in ways its founders could not predict. The current youth in Asia, doted the “Internet Generation,” represent a majority of young people raised in this Internet-dependent culture. Using the Internet on an almost constant basis has been made possible by phones, laptops and other mobile devices. The simple accessibility of clicking for immediate information plays into a world that speeds in the face of new technology. Speed and simplicity sparked by the web has lowered levels of patience. People around the world expect information at the touch of a button as a result of this training. News which came in the form of ungainly newspapers and magazines now can be turned by dragging the corner page two inches to the left. Information may be less in depth, but the accessibility increases readership and potential knowledge among users. Inquiries are also answered within seconds by search engines like Google or Yahoo, which otherwise would have been looked up in library books. While the youth are blamed for neglecting this access of instant relevant information, their discovery of social media outlets has taken its own pertinent route in daily lives.

Social media, consisting of outlets like Twitter or Facebook, has become a worldwide phenomenon. While it began as a connection between local friends and a way to communicate, it soon spread globally and allowed people from across the world to know one another. People began using it to reconnect with friends and stay in touch with relatives and neighbors. Spreading from the States, trends of other outlets moved into Europe and Asia. 8 million people use Japan’s Mixi, which differs from American social media in that it emphasizes the Japanese preference for forming groups, rather than having a more egotistical presentation.

This presentation of the self in social media, shown by having a public internet page devoted to an individual, has still helped people globally struggling for rights. The use of the Egyptians with social media in the recent government overturn is the first implication of a more political than social usage of the Internet. President Barack Obama’s 2008 election may have been won on the grounds of his heavy online and social media campaigning. The Kuna in Panama have used the web to advocate environmental issues globally. Yet for Asia this cross-country link has also allowed for the growth of xenophobic views, proving that the biased values instilled by Internet-less generations still penetrate younger minds.

Traditions of old still resonate as well with the incorporation of religion into Internet, or as the Vatican calls it, “the new mission field.” Facebook and other social networks make it simple to find groups to connect with. Non-traditional religious movements connect easily with one another now, and evangelical groups spread their message through social media outlets and websites. Religious leaders have blogs, email prayer lines, apps and online confessionals to keep their community connected. The traditions stay strong, as religious groups stay relevant for the community by coming online.

Having a strong presence online now is necessary for having customers at all for any type of business. Without a website, a business is considered archaic and unreachable. People find it an inconvenience in having to go to a store or call to find out about a product. By going online, they not only can find details about a product but also reviews and comparisons, and at a click a purchase can be made without leaving the house. Items from across the world can be purchased and shipped, which has assisted people with less access to a tourism trade.

Access is everything with the invention of the web. Access to other languages and cultures has caused a decrease, small as it may be now, in biasness and hate caused by ignorance. Bilingualism is embraced now in Asian countries that used to hold it in disdain, and Korean singers like Kwon BoA are now popularized in countries that otherwise would never have been open to the sound. Educational opportunities and job competition has increased with online schools and training. Although the ultimate outcome on instantaneous demand remains, the Internet has indeed made the globe smaller in virtual distance, allowing cultures to become more tuned with each other and the world around them.