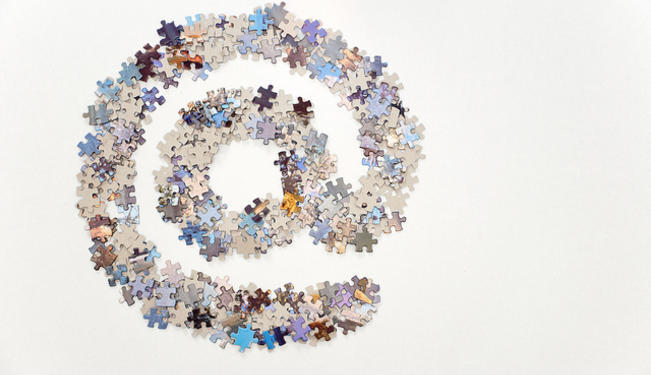 Yahia Lababidi speaks about how he finally learnt to make peace with the Internet, and came to view social media as a source of sustenance as well as inspiration.

I held out as long as I could before signing up for an email account. At the time, I viewed the idea of electronic mail as invasive, and unnecessary; far preferring the romance and torture of letter-writing which took days or weeks to compose and send. But at the repeated entreaties of a dear friend (and an early adopter of new technologies), I caved in. I remember that pressing the “send” button on that first email felt like diving off a cliff  as terrifying, as exhilarating. My threatened, and admittedly precious, terms of agreement in those heady days were that I would not report on my outer life, or any daily activities, but rather share glimpses of my mental diary.

For more or less the same reasons (perhaps, out of a writerly fear of being consumed?) I never owned a mobile phone, until I moved to the US some seven years ago. Why willingly carry a tracer, I thought, shrilly interrupting my inner dialogue at any moment? If someone needed to contact me, urgently, they could reach me at home or work. But, the between time was my time, to dream, to escape, to slip between the gaps. Now, I confess, my iphone serves as a kind of life-support machine, and I suspect I am not alone. I am still not overly fond of speaking on it, but think of texting as a kind of telepathy and do share, through the pores, on Facebook and Twitter (after, you guessed it, fighting them for as long as I could, in hopes social media would go away).

Instead, what does seem to be going away to my dismay, and those of my ilk, is the so-called real world, specifically the print world. As a writer, it fills me with alarm to see independent publishers endangered, actual bookstores going out of business, book review sections in esteemed newspapers folding and then the newspapers and magazines themselves struggling to maintain a physical presence.

As I put it in a short poem “Shuttered Windows”:

“To speak of the smell and feel / of books, the erotics of the text, / has begun to sound perverse. / One by one, the old places of worship… become quaint and are vacated/ In their stead a gleaming, ambitious screen”.

Yet, I am beginning to see the error of my ways, and realize the folly in being a self-defeating Luddite. I still don’t read books on Kindle, but all four of mine are available electronically, and I hope that others do! I do read, rabidly, articles on my smart phone and computer, and even wrote my first iphone poem not too long ago – when forced to check in my bag at New York’s MET museum, and left only with “a gleaming, ambitious screen” to record my impressions. Which is to say that, as I approach my fourth decade, that I am making peace with the virtual world. It’s all just wrapping paper, I tell myself, whether paperback or electronic; what matters is the gift inside, the words themselves – that they are being read and that people are connecting.

So, it seems that the world itself is now migrating online. Fine, I’ll work with it. Not just for survival’s sake must we stoop to conquer this brave new world, but also because it’s spiritually foolish to condescend. I have friends, writer friends only slightly older than myself, who regard things like Twitter and Facebook as infra dig, insisting they “mean us harm”. I get it, or a part of me does; but the other part doesn’t. It might be virtual, but it’s still real people in real time. Managed judiciously, that is to say with intelligence and care, it’s simply too great a learning experience to pass up.

Wherever people congregate, en masse, for sustenance – such as the great communal wells of social media – we must pay attention. Real friendships are forged in these virtual communities, vital news shared, and that most elusive thing of all, inspiration, sparked from so many souls colliding in wonder and thirst for human contact. And, yes, I am still aware of the many serious dangers: the regrettable narcissism networking engenders, the cluttering of our inner spaces, the real and paradoxical isolation that results from so much online “socializing” as well as the attendant erosion of social skills and, no less importantly, the damage to our attention spans.

Specifically, in regards to how the Internet can detrimentally affect our concentration, meaning our capacity for immersive reading and/or critical thinking, I remember being set alight a few years ago by an Atlantic magazine article (which the author, Nicholas Carr, recently developed into a book). The title of the piece encapsulated all my misgivings, “Is Google Making Us Stupid?: What the internet is doing to our brains”. Shortly after this seminal, but somewhat alarmist, piece, a slew of articles, backed by scientific studies, made a counter argument: Google and the Internet might be making us smarter. True, multi-tasking stands to make memory worse, they suggested, but certain types of memory are improving as search engines reroute our brains.

“Abundance of books makes men less studious” stated a critic of the printing press, Hieronimo Squarciafico, as early as the 15th century. This might well be the case today, too, with the wealth of unsorted, uneven information available at our fingertips. Yet, perhaps this truth also speaks to our innate laziness as a species, rather than the evils of abundance. For those with discipline and curiosity to sift through the buried treasures (as well as the sanity not to live online), the Internet need not be a soul-destroying monster, but potentially, a life-enhancing tool.