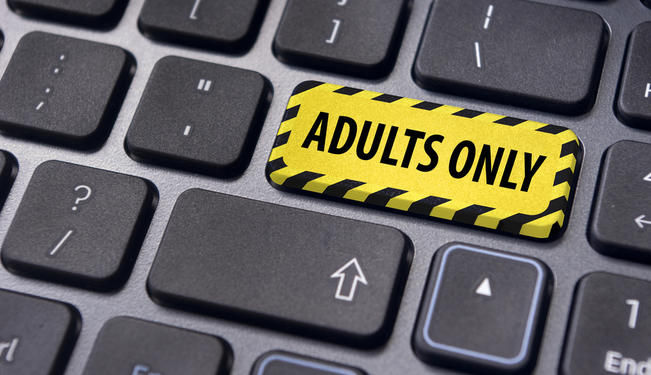 Whilst it’s often prudent to take announcements from Whitehall with a pinch of salt, David Cameron’s challenge to Internet service providers (ISP) to automatically filter out pornography and “sensitive subjects” — a move designed to curtail the “corroding” influence of pornography on children — merits further discussion, not just by UK citizens of whom it may end up affecting directly, but by residents of other countries as well because of the precedent it might set.

If you aren’t clear on the minutiae of this plan or how it will work (or, perhaps more accurately, not work), then you are in good company. Details have not been forthcoming and it’s only fair that I point out that, at this moment in time, the discussion will revolve around hypotheticals.

But from these hypotheticals, we can extract some reasonable predictions. Firstly, we can predict with near certainty that the filters will not work exactly the way the prime minister would like them to. If Internet content is to be filtered, then someone would need to go through every website and say “Yes, No, No, Yes, No…,” etc. Obviously, this is impossible. The Internet is so huge that you might as well try to count the grains of sand at the beach; according to YouTube’s statistics page, 100 hours of video are uploaded to it every minute. Even with a thousand or a million people, you still couldn’t watch everything on YouTube, and that’s just one website.

So the job will be outsourced to a computer, which can do it in a fraction of the time. However, as you may have discovered yourself if you’ve ever tried to use a wireless printer in a hurry (a task that, in my opinion, meets all criteria necessary for condemnation by the UN Convention against Torture or Degrading Treatment), computers are stupid. Computers only know “one” or “zero,” “yes” or “no,” and this is the price they pay for their astonishing speed. So a computer will be programmed to filter out images of naked people, say, and will obediently filter out all pornography, medical diagrams, modern art and several fashion displays, hurling baby squalling out of the window after the bathwater. This is an exaggerated example (I hope) but it serves to illustrate the point: the filter will be too strict. Meanwhile, after every website with the word “porn” in its name has been scrubbed from the system, every “pron,” “pr0n” and “pr0nz” and their equivalents will still be there, because as far as the computer is concerned they must be a-OK. So the filter will also be too lax. And, as the icing on the cake, it is feared that “tech-savvy” children may be able to circumvent the filter, either by figuring out where the gaps in its fence are or by simply turning it off. “Tech-savvy” children – so, all of them.

What’s worrying is that Prime Minister Cameron doesn’t seem willing to listen to these technical objections. He said: "Set your greatest brains to work on this… You're the people who have worked out how to map almost every inch of the earth from space." Note that no discussion was called for, no consultation requested; those are the words of a man who has made up his mind already and wants the job done, regardless of the harm it might do.

Very well then, the filter won’t be perfect. So what? An imperfect filter will protect children more effectively that no filter at all, and if it is restricting access to things that it shouldn’t, then customers can always opt out. Except that’s not entirely accurate. It’s true, the censorship won’t be compulsory. But it will be the default setting. How many people will receive a letter beginning, “Dear customer, we have important news regarding your Internet service provision…” and immediately bin it, then have their content automatically filtered. How many technophobic people will not understand how to turn the filters off – "so simple a child could do it" does not entail "so simple an adult could do it." Moreover, consider what pressures there might be to have your Internet censored. Don’t think for a moment that clicking the "Filter: off" button will be anonymous. If you have your Internet provided by TalkTalk, which is statistically quite likely if you live in the UK, you can already get filtering from a system called Homesafe, which monitors all web traffic whether you opt in or not, and doesn’t block websites if you don’t ask it to. The censor is still watching over your shoulder. (Incidentally Homesafe is provided by a Chinese company called Hauwei, a logical choice given China’s proficiency at censoring its citizens’ information.)

And it’s reasonable to ask who will have access to that information – one wonders what your employer or prospective employer might think if they knew you didn’t have filtered Internet. Or say you go to court because someone trumps up a case against your character, perhaps you’re accused of saying something inappropriate in a public forum – how will you react when the prosecuting lawyer says: "Mr./Mrs. Smith, you say you never objectify anybody based on their gender, but isn’t it true that you opted to have pornography on your household network?" Or perhaps, "Mr./Mrs. Jones, you say you can provide a good home for these children, and yet you haven’t taken steps to ensure they will be safe online!" So whilst you might, strictly speaking, have a choice about opting out, we can predict that the decision will be weighted in favor of the censor.

Now let me be clear, I don’t think that this will be the beginning of a slippery slope towards the sort of world described in that book. (You know the one I mean. The one that no bloody journalist or commenter can seem to talk about censorship without harping on about.) Or rather, I don’t think we’ll end up living in that sort of world, though we may edge a little closer. But the filters will also be calibrated to filter out "sensitive subjects," of which no definitive list has been published or is likely to be published, since the current plan is for each ISP to determine them for themselves and censor independently. Whilst this isn’t quite on the level of Nineteen Eighty-Four, it is certainly a worrying development. Questions need to be asked about who will determine which subjects are sensitive, what criteria they will use, and whether the list will be subject to revision or expansion at any point.

When I first wrote about this topic for the Huffington Post, I received some interesting feedback. A recurring criticism was that giving parents more choice about what their children view online could be no bad thing. Firstly, I think I have just established that this is not a system which gives anybody more choices but rather rescinds them. Secondly, surely a better approach would be to sit your child down and explain the Internet to them, warts and all. Tell them that pornography is an inaccurate representation, that not all they will see is true or good, that British citizens do not win the Nigerian lottery, etc. Give them the power to filter content internally – allow them to be discerning browsers. Of course, they will rebel and they will experiment. Which is why parents must supervise – not necessarily literally watch them whenever they go online, but pop your head round the door, maybe sometimes check the browser history to see whether it’s disgustingly filthy or suspiciously clean, don’t be too hasty to give them unrestricted handheld devices, and so on. In other words, do some parenting rather than farming the job out to your ISP.

The alternative is that the flow of information will be hampered and innocent people will have their digital liberties curtailed, which isn’t so much breaking a walnut with a sledgehammer as it is missing the walnut completely and hammering your own foot. Get your Internet from an ISP who doesn’t censor (there’s rumblings of legislation making it compulsory but nothing concrete yet) and use the opportunity to give children the power to filter content internally – allow them to be discerning browsers.

If it is allowed to go ahead, this ISP level filtering will fail, and fail in such a way that it curtails the digital liberty of innocent citizens. In 2011, a rather well known MP said: “Governments must not use cyber security as an excuse for censorship or to deny people their opportunities that the Internet represents.” It is not a sin to change your mind, Prime Minister Cameron, but I think your 2011 opinion was better than your current one.