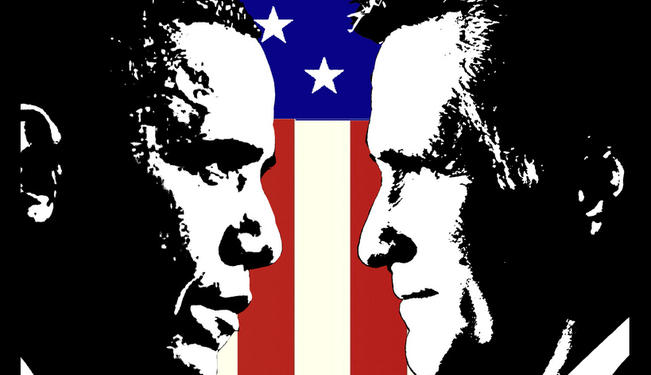 US Presidential Campaigns revolve around candidates who have to engage in debates where they set out their positions before the nation: the opening debate in the 2012 campaign took place in Denver yesterday.

The US has a presidential system unlike the UK or Germany. This means that personalities play a far greater role in elections than in most parliamentary systems. In parliamentary systems, most people vote for parties. In the US, people choose candidates. This makes the perception of the candidates and their debate performances particularly important.

There is indeed a long tradition for the main candidates for the presidential elections of America to engage in a debate. The topics of the debate are the issues confronted by the nation and candidates set out their positions on a range of issues as well as their visions for the nation. Debates have a long history in America with the series of seven debates in 1858 between Abraham Lincoln and Senator Stephen A. Douglas for the Senate being the most famous debates in American history. These were held face-to-face, without a moderator. The first presidential elections of the modern era occurred with the advent of mass television. Kennedy debated Nixon in the iconic 1960 debates. Those who heard the first debate over the radio thought Nixon had won but those who saw the debate on television saw a haggard, unshaven and poorly dressed Nixon contrast strikingly with a tanned, charismatic and youthful Kennedy.  Over 70 million tuned in to watch the debate, over 50% of the voters reported that the debates influenced them and 6% reported that they voted on the basis of the debates alone.

Since 1976, debates have been a regular feature of every presidential election. In 1976, Ford’s blunder in the second debate is seen as leading to his defeat in a narrow election. In 1980, sunny Reagan was more charismatic than Carter.  As a former actor, he also won the debates thanks to his ease in front of the cameras, helping him win the elections. Bill Clinton also won in 1992, in part, because of his charisma, likeability and debate victories. Obama won in 2008 because, not only was he the more charismatic candidate, he was much better than John McCain in the debates.

Why are the 2012 debates relevant?

The economy is still doing poorly with unemployment stubbornly stuck at over 8% since January 2009. Jobs, incomes and living standards are on most people’s minds. Historically, a bad economy has meant defeat for an incumbent president. Since 2008, the euphoria among Obama supporters has died. There are fewer volunteers, less money and a smaller number of hardcore supporters campaigning for Obama. Many who voted for him are disillusioned because the change they expected has not materialized. Still Obama has a slight lead in the polls.

As a challenger with a successful record in business, Romney should be doing better. However, his own party is not enthusiastic about him. He is seen as not conservative enough by his party where the Eisenhower Republican is endangered if not already extinct. His record as a financier elicits distrust in an era where bank bailouts are a not too distant memory. His refusal to be transparent about his tax records adds to people’s misgivings. Despite the dire economic conditions, he is unable to exploit them and still trails in the polls.