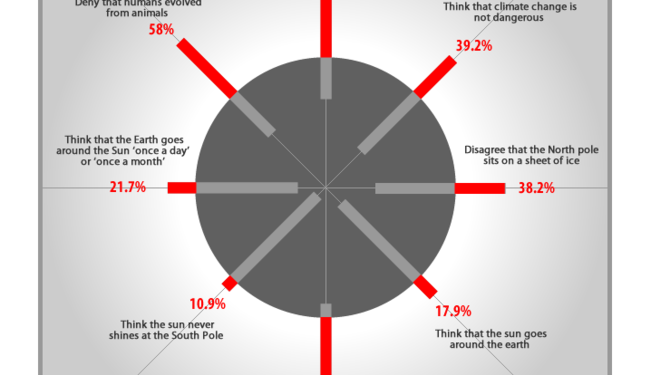 The total absence of certain topics in the election campaigns shows an unpleasent side of the American electorate.

In the last days of the US Presidential campaign, Hurricane Sandy has brought to the fore a topic little-mentioned until now: climate change.

The absence of debate around this topic is perplexing to many in the world, given America’s role as the source of a fifth of global carbon dioxide emissions. Some may see this as strategic denial. Yet it points to a broader divergence between scientific consensus, on one hand, and the views of the American electorate.

This infographic was originally published on FactBlink on November 6, 2012.