At the cutting edge of political thinking, there’s a new theory instructing us how to sharpen the knives of diplomacy. The Daily Devil’s Dictionary explains.

Political scientist Joseph S. Nye, creator of the term “neoliberalism,” became known as an American analyst of the nature of political power. He notably launched the notions of “soft power” and “smart power,” which he defines as the “balance of hard and soft power.” Hard power describes the coercion made possible by military and financial might. Soft power aims at cultural persuasion or seduction. The belief, still promoted in American media, that everyone outside the US lives with the hope of emigrating to the US is seen as proof of the efficacy of America’s soft power.

Nye has now expanded his intellectual creation by recognizing and building on the contribution of two other political scientists. Christopher Walker and Jessica Ludwig coined the term “sharp power,” an inevitable result of today’s communication technology. It allows aggressive nations to manipulate media, steal and hoard information and control opinion, notably through social media.

With a daring display of alliteration, the term’s inventors describe sharp power as a force that “pierces, penetrates, or perforates the political and information environments in the targeted countries.” They designate Russia and China as the current champions of sharp power. They encourage the West to retaliate.

A convenient neologism enabling theoreticians of power to divert attention from their own nation’s own aggressive use of technology by accusing their adversaries of doing it better than they do, to justify an increase in their own efforts

Nye provides this definition of sharp power: “[T]he deceptive use of information for hostile purpose.” He approves of Walker and Ludwig’s thesis: Because the Russians and Chinese are using it, the US should be following their example. He never considers the possibility that Russia and China may simply be imitating what Madison Avenue created decades ago and bequeathed to the Central Intelligence Agency, who consistently applied it to operations around the world, from Iran in 1953 to Chile in 1973, to cite just two well-known examples.

In his latest book, Is the American Century Over? Nye answers in the negative the rhetorical question he used for its title. His defense of the American neoliberal empire contains a minimum of nuance and a maximum of impressive theory about the different types of power. For the American empire to decline, he believes it must be replaced by another empire. Since he can confidently assert that no other nation-state has the wherewithal to combine and unite military, economic and soft power, he sanguinely sees the American empire continuing its glorious reign over the world’s resources, possibly for eons to come.

Nevertheless, the question of “sharp power” has him worried. The enemies appear to be getting sharper by the day. It’s the Cold War logic of “the missile gap.” To create fear of being overwhelmed, Nye applies the strategy that consists of promoting a notion or a term that purportedly describes the other side’s behavior with the aim of leaving the impression that one’s own side is innocent of that behavior. If, for example, we complain that the enemy is guilty of torture, everyone will assume that we must be opposed to and innocent of such practices. And if it turns out we have also resorted to torture, then we can claim we only did it because it gave them an unfair advantage.

Nye clearly shares the belief that American soft power — assembled from declarations about its self-proclaimed “freedoms,” its pop music and its Hollywood movies — has seduced the entire globe. Alas, though this belief may reflect the state of play during the Cold War, it doesn’t stand up in the face of Pew research covering trends over the past decade or two: “Globally, more people see U.S. power and influence as a major threat.”

Nye makes his understanding of power clear: “Soft power is not good or bad in itself. It is not necessarily better to twist minds than to twist arms.” We could sum it up as Chubby Checker diplomacy: “do the twist.” Nye can’t decide whether twisting other people’s bodies or minds is more effective. He clearly approves of both. It’s worth noting that Chubby Checker rose to fame at the height of the Cold War, at the very moment when Americans were fretting about the missile gap.

Nevertheless, Nye offers us some much-needed realism about how the hard power of the US works. It isn’t just the presence of military bases, roving fleets and strategically positioned aircraft carriers. “Hard power,” he tells us, “rests on inducements by payment or coercion by threat.” Threats may have a military character, as was the case when George H.W. Bush threatened his former ally, Saddam Hussein, and then went to war against him for not capitulating to his threats.

Payment, however, is cleaner and generally more effective, given the number of venal politicians in the world. But the most effective and least expensive is financial threat. It has become the all-purpose tool of predilection of recent administrations: sanctions. Nye even compares hard power to putting “a gun to your head.” Soft power, in contrast, he compares to a con operation: “If that person is trying to persuade you to freely give up your wallet, everything depends on what you want or think. That is soft power.”

Given the dubious morality of both the hard and soft power he recommends, should we really expect something more just and human from sharp power in the hands of the US?

The Art of Dissidence and Diplomacy 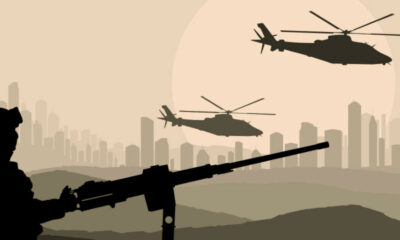 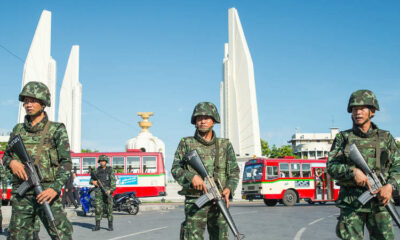