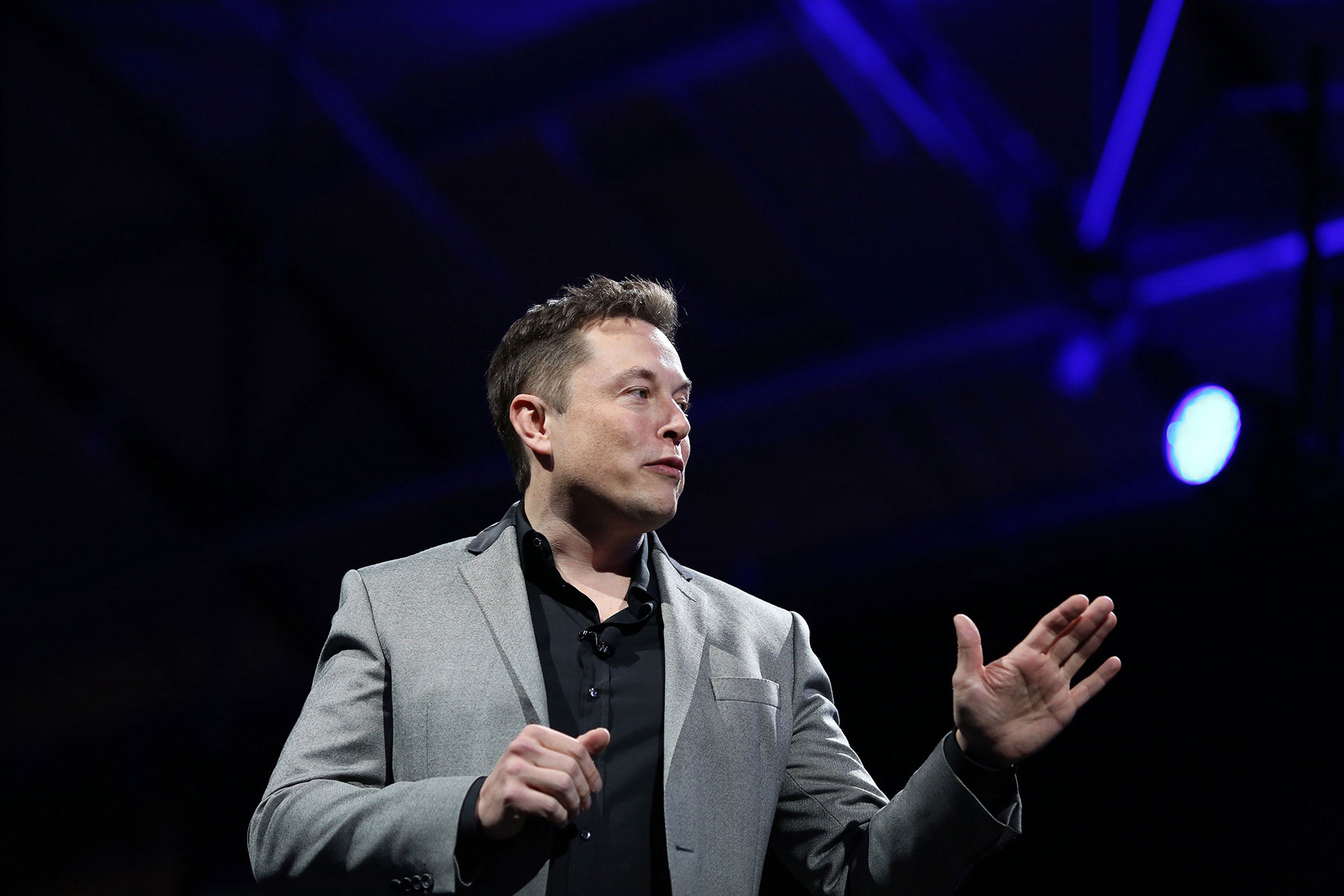 Five years ago, the question of wealth inequality was already a dominant issue in the news. The COVID-19 pandemic may have eclipsed it temporarily but it also exaggerated its effects. Wealth inequality will continue to maintain its place in public debate for the simple reason that inequality remains the founding principle of the current economic system.

To address the problem with any hope of achieving success, humanity has two choices. The first would be to remove inequality itself as the founding principle of the dominant economic system. That would mean inventing a form of capitalism that downgraded personal and institutional greed as the essential factor of motivation. The second would be simply to change the economic system and its political infrastructure.

General Flynn: Under God or Under the Influence?

Because the second solution is deemed radical, most people have eliminated it from consideration. On the pretext of responding to the pandemic, the first solution has been awkwardly formulated as an ideal to aim for by members of the economic elite who have given it the name, “The Great Reset.” Given its lack of real impact, cynics might conclude that it serves primarily to comfort the idea of those members of the privileged elite that, as individuals, they possess a moral conscience. As a class, they pretty clearly have none.

The pundits will explain that changing the economic system is out of the question, citing history as proof. It has already been tried, in Soviet Russia. It catastrophically failed. Capitalism won. The idea that there may ways of inventing an alternative to a failed and a now visibly failing system has been excluded from polite thought by the economic and political elite.

They have crafted and imposed on successive generations a deterministic view of history, dutifully transmitted through our dominant educational and media culture. It is the same deterministic view of history that the late David Graeber and David Wengrow have critiqued in their recently published book, “The Dawn of Everything.” The standard view of history implies a vision of progress from the age of hunter-gatherers to present times, leading to the current state of affairs summed up by US Speaker of the House Nancy Pelosi in her immortal words: “We’re capitalists and that’s just the way it is.”

The question of wealth inequality has been given a boost this week by Elon Musk, who is no fan of Democrats, but who does share Pelosi’s existential belief. In the context of debate on the reconciliation bill that US President Joe Biden calls “Build Back Better” (a term invented by the same elite that have proposed The Great Reset), some legislators — notably Ron Wyden, chair of the Senate Finance Committee — have been pushing for the inclusion of a tax targeting the super-wealthy. In recent years, Senators Bernie Sanders and Elizabeth Warren, both candidates in the 2020 Democratic presidential primaries, put the issue in the public spotlight.

Polls and surveys show that the idea of taxing the wealthy, at least in proportions similar to the middle class, is a very popular idea across the US. And although Republicans are formally committed to a historical ideology that adulates the wealthy and will defend at all costs their essential privileges in the belief that that is the key to a dynamic economy, Democrats have begun to understand that there may be an electoral advantage in at least affirming publicly you want to tax the wealthy.

Markets Insider sums up the psychological position the Democrats find themselves in today during the ongoing negotiations to tax the wealthy that will figure in the reconciliation bill. “The White House hasn’t quite leaned into an outright wealth tax, even though polling consistently shows it’s popular with most voters, who want higher taxes on the wealthy to offset infrastructure spending,” the website reports.

The entire debate took on new significance when Sanders — who tweeted, “We must demand that the extremely wealthy pay their fair share. Period” — drew the ire of his majesty of Twitter’s Elon Musk. The CEO of Tesla responded with this insulting post: “I keep forgetting you’re still alive.”

Musk has never tried to hide his hyperreal narcissism, but in this case, he makes it plain for everyone to see. His fans applauded and piled on with tweets such as this one: “Bernie is the kind of guy that shows up to a potluck with no dish but Tupperware containers to take food home.”

But apart from his devoted fans, the public has no reason to care about what or whom Musk remembers or forgets. After decades of coddling by the media, Musk apparently believes his thought processes sum up the essence of humanity’s current concerns. After all, he recently became the world’s wealthiest human being. According to traditional US wisdom, if he’s hyper-wealthy, he must be hyper-smart.

Quite logically, in Elon Musk’s eyes, questioning the idea of excessive wealth is equivalent to attacking Musk himself. Seeing himself as humanity’s greatest benefactor, he continued his assault on Bernie Sanders with a mindless tweet repeating the stale cliché of Mitt Romney Republicans back in 2012: “Bernie is a taker, not a maker.”

Musk sums up with blinding clarity the oligarchic state not just of American democracy, but of the culture that for the moment keeps it firmly on the same path. But that very path must be understood in terms of its own historical trend. It has become increasingly risky.

Comparing the much mediatized and constantly expanding wealth of Elon Musk, Jeff Bezos or even the officially retired Bill Gates (who should thus be excluded from the caste of “makers”) with the miserable wages of the majority of human beings who actually do make things for the pleasure and prosperity of the wealthy, the general public is undergoing a prolonged traumatic experience. The sophisticated wealthy of the international super-elite who gather in Davos every year appear to be aware of the danger. That is why they are calling for the Great Reset. The super-wealthy class in the US appears, in contrast, to wallow in their indifference to the public’s trauma.

How has the American elite managed to create a situation that encourages such indifference and ignores the risks? The answer is simple: an effective ideology. The United States finds itself today in a situation similar to that of the Soviet Union half a century ago. Soviet communism was sufficiently resourced and organized to maintain a fragile equilibrium for the general population thanks to their inculcated belief in an ideological belief system designed to protect the ruling elite.

The Soviet system finally collapsed at the end of the 1980s due to the increasingly evident gap between the supposed truisms contained in the ideology and the physical and psychological reality of the global economy. In the early 1990s, thanks to US initiatives, Russia’s ideology based on the belief that communism defined the interest and identity of the people was brutally replaced by the ideological precept repeated mechanically by Pelosi that we are all capitalists.

Americans who admire Musk do so because of their own inculcated belief in the idea that society consists of makers and takers. This implies that the takers (aka “most voters”) depend on the makers, just as the average Russian depended on Soviet leadership. But, in the Soviet Union 40 years ago, the lived reality increasingly told a different story.

Something similar is happening in the US today. Awareness of the gap is growing. It contributed to Donald Trump’s election in 2016. The professional ideologues in the economy, the media, education and politics are doing all they can to counter it, to keep the takers vs. makers ideology alive. That includes all Republicans, of course, but also Pelosi and more recently Senator Joe Manchin, who argued that a wealth tax would be “overly punitive toward business and corporate leaders,” Business Insider reports.

The conflict between “most voters” and the ideologues will undoubtedly continue to play in favor of the ideologues, thanks to a system that makes voters (takers) less equal than donors (makers). But, as in Soviet Russia, a tipping point may be somewhere in the offing.