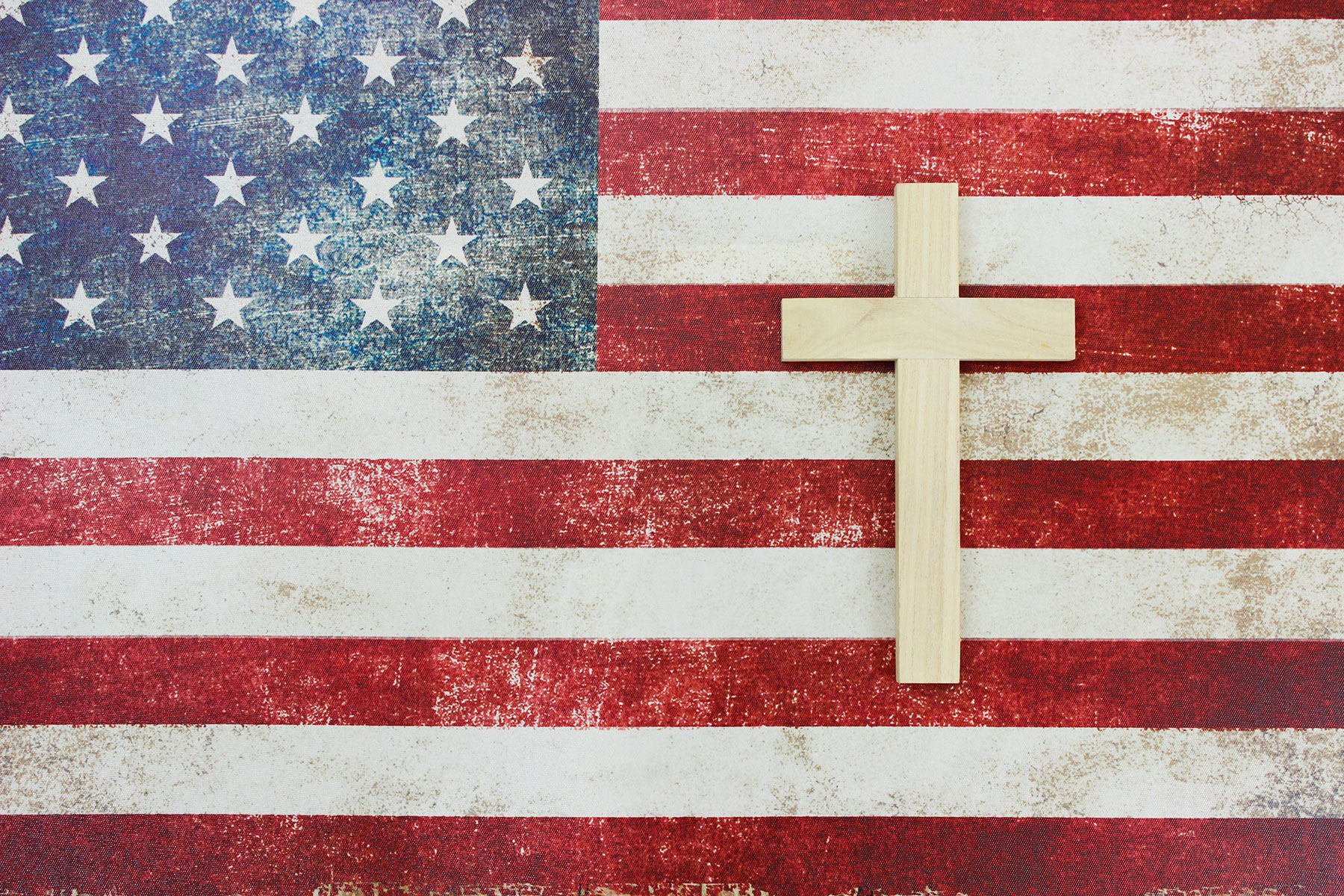 Following a 33-year career in the military in which he rose to the rank of lieutenant general, in 2017, Michael Flynn served a total of 22 days as national security adviser to the newly-elected president, Donald Trump. He then became the first sacrificial victim of the campaign, orchestrated conjointly by the Democrats and the FBI, to build the shaky case of collusion between Trump and Vladimir Putin. Flynn’s forced resignation in the first weeks of the Trump presidency may well have affected his mental health.

How Sustainable Is India’s Prosperity?

An expression designating any place or people claiming a unique and exclusive relationship with the deity, a transcendent being imagined as playing a role similar to that of a neighborhood patrol

Flynn believes that by raucously dividing people into opposed categories, he is a uniter. “All of us together, working together,” he shouts. Despite his defective vocabulary — he misuses the term “ecumenical” — in one sentence he appears to urge inclusive tolerance and in the next preaches aggressive intolerance. “I don’t care what your ecumenical services, or what you are,” he says. “We have to believe that this is a moment in time where this is good versus evil.”

It isn’t often that a former military officer claims to be a theologian and prophet. Serious Christian theologians, especially those who understand the word “ecumenical,” might wonder whether the specifically American religion Flynn is calling for is not so much Christianity as Manichaeism, a third-century rival religion to Christianity condemned by the early church as inimical to Christian thought and practice.

Manichaeism holds the radically dualistic theological principle that the world is a battleground between good and evil. It posits that in better times, good and evil were safely separated from one another before they confusedly began to occupy the same space and vie for dominance. That a former senior military officer should think of the cosmos as a battleground between the forces of good and the forces of evil should surprise no one. But Flynn’s Manichaeism, like the original attributed to Mani, appears to envision the resolution of the conflict not by the triumph of good over evil — an idea that motivated the Cold War — but by the definitive separation of the two regimes.

Flynn sees the United States as the realm of good. He is ready to leave the rest of the world to Satan to rule over as his evil empire. “You have to believe this,” Flynn intones, “that God Almighty is like involved in this country, because this is it … This is the shining city on the hill.” On one side of the world, squeezed between the Pacific and Atlantic oceans, the shining city; on the other, the empire of darkness. All that matters to Flynn is that the US becomes unified and pure, casting out those who identify with the empire of darkness. That way the pure and the good will be safe within their bastion of goodness.

When Cold War President Ronald Reagan evoked “the evil empire,” referring to the Soviet Union, he was employing the logic of the Hollywood westerns he had acted in. The bad guys had to appear unequivocally evil because without them, the good guys might not look so good. Reagan had no theological ambition when he employed the metaphor. He implicitly admitted that it was all a Hollywood-style fiction designed for political convenience. Flynn is different. He has transformed the same images Reagan used and endowed them with theological gravitas.

Flynn believes that the historical Jesus was thinking specifically of the United States when the Christian Bible quotes him as saying, “A city set on a hill cannot be hidden” (Matthew 5:14). Instead of understanding this as a metaphor Jesus used simply to encourage his followers to demonstrate their faith through “good works,” Flynn believes that it referred to a specific society two millennia in the future, a society that has acquired the habit of demonstrating its faith not by shining a light, but through coercive military aggression.

In Flynn’s words, Jesus was “talking about the United States of America.” The apostle Matthew had him merely pointing out that a city built on a hill will always be visible to the rest of the world. The shine of Flynn’s imagined “shining city” is little more than the surface reflection of sunlight on the polished weapons it deploys to scare away (and sometimes annihilate) the proponents of evil.

Michael Flynn was a decorated soldier. President Barack Obama presumably deemed him capable of rational thought when he appointed him director of national intelligence in 2012. Two years later, Flynn was reportedly forced to resign because of his “chaotic management style.” That reputation may have endeared him to Donald Trump, also known for his chaotic management style. Flynn assisted Trump on his 2016 presidential campaign and was rewarded, following Trump’s election, with the title of national security adviser.

Once again he was forced to resign, this time thanks to pressure applied by Democrats bent on establishing collusion between the Trump campaign and Russia. They desperately needed to blame someone other than themselves for losing an election to a man generally considered, in the words of Paul Waldman, to be “officially the worst candidate in history.” “Never before,” Waldman explained, “has a major party nominee assembled such a spectacular combination of impromptu screw-ups and strategic lunacy in a single campaign.”

Three weeks later, the world discovered that screw-ups and strategic lunacy, in America’s evolved democracy, could be a recipe for success. But Hillary Clinton’s people, and Hillary herself, couldn’t bear the idea that they could lose without some powerful evil force interfering. (Democrats can also be Manichaeans.) They accused Flynn of communicating with the Russians while Obama was still in office and then lying about it. Thus began the never-ending Russiagate campaign that chose Flynn as its first strategic target. Mobilizing the FBI, the Democrats brought Flynn down in a flash.

The young George Washington knew that lying was a sin. But as Glenn Greenwald pointed out in 2020, the charges against Flynn were not justified. “There is nothing,” Greenwald wrote, “remotely untoward or unusual — let alone criminal — about an incoming senior national security official, three weeks away from taking over, reaching out to a counterpart in a foreign government to try to tamp down tensions.”

Singling out someone as mentally fragile as Flynn and humiliating him with no serious justification inevitably produced catastrophic results. The humiliation may have addled his brain, inciting him to paranoia and the idea that he had a theological mission. But apart from the unintended consequence of having a semi-articulate former general calling for a theocratic revolution (and, on occasion, a military junta), Greenwald makes a broader point about how the intelligence services, initially tasked with providing objective information to the President, are now deeply implicated in the conspiracy games of political parties, themselves increasingly governed by the corporate money required to win elections.

Greenwald condemns the growing collusion between partisan political strategists and the intelligence community, whose powers have been magnified on the pretext of reinforcing the security state. He makes his case in these terms: “The powers of the security state agencies — particularly the FBI, the CIA, the NSA, and the DOJ — were systematically abused as part of the 2016 election and then afterward for political rather than legal ends.”

When Dwight Eisenhower, the US president and former general, added “under God” to the pledge of allegiance in 1954, he didn’t anticipate that it might incite another former general to see it as the basis for turning the US into a theocracy. Just another unintended consequence of a historical decision?