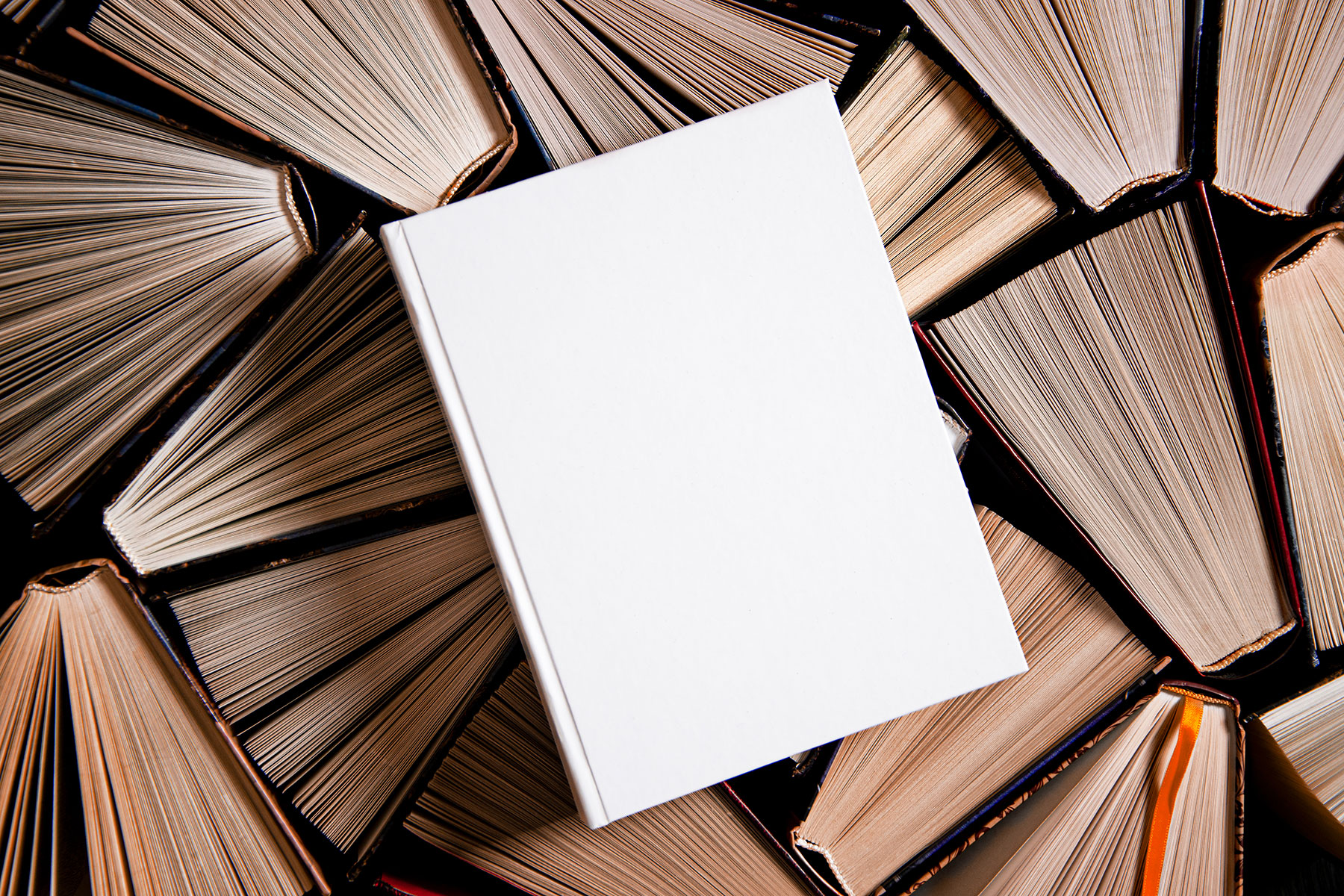 In his review of “The Dawn of Everything,” co-authored by the anthropologist David Graeber and archaeologist David Wengrow, Oxford historian David Priestland describes how the book dispels the suspect mythologies of history taught in schools and still promoted in the media by celebrity intellectuals such as Yuval Noah Harari, Jared Diamond and Francis Fukuyama.

Graeber, an iconoclast who died last year at the age of 59, was already well-known for his book, “Debt, the First 5,000 Years,” in which he challenged the orthodox understanding of economic exchange and money itself in human history. It threw a fascinating light on the assumptions inherited from the time of Adam Smith that still inform our academic and pragmatic treatment of debt in the modern economy.

Priestland notes that “The Dawn of Everything” avoids the usual trap of romanticizing a chosen historical civilization or society and deeming it a model for the future. Instead, the authors undermine the idea so deeply implanted in our collective brains that human history has inexorably evolved through a logical series of successive stages to reach its modern form, concretized in the bureaucratic nation-state.

Graeber and Wengrow nevertheless do have a model in mind, but one that doesn’t yet exist. Priestland notes that “the authors make their sympathies clear: they admire experimentation, imagination and playfulness, as well as mastery of the art of not being governed.”

A trio of words, all of which are individually encouraged in today’s hyper-pragmatic civilization, but which, when yoked together as a recipe for social organization, are deemed subversive and childish

Today’s advanced societies, whatever their official ideology, share a core belief in the virtue of technological innovation. Citizens of modern nation-states are required to believe that all human problems can and will be vanquished by advancements in technology. We have become enamored of the idea of innovation, which of course requires experimentation.

In this perspective, however, innovation and experimentation have taken on a restricted meaning. Experimentation is no longer a feature of the social fabric. The act of experimentation is strictly reserved for professionals. They may be marketers, scientists or researchers. They experiment only if there is a short-term economic objective: making a profit. Social experimentation can no longer be left in the hands of ordinary people. The hippies got away with it in the 1960s, but civilization has moved beyond that, largely thanks to technology and the newfound belief in homo economicus, whose actions are all measured by their economic interest.

Society is now divided into two categories: producers and consumers, the mass of individuals whose essential task consists of consuming the innovations put on the market by the professionals. Individuals are never expected to innovate. Their job is to follow the trends. The economy may invite them to experiment with drugs or anything else that gets them off and turns them on, but the consumers that we have all become are expected to respect the established order and its bureaucratic norms. The same mentality informs what is now called cancel culture, a new set of informal pseudo-bureaucratic norms that severely restrict linguistic experimentation, preventing playful innovation, including humor.

Most people would endorse the idea that imagination is a prized feature of our civilization. But again, the activity of imagination is the exclusive privilege of professionals, whether its Hollywood’s hyperreality that will spare no expense in simulating imaginary worlds or Silicon Valley’s armies of imaginative entrepreneurs and software engineers indulging their fantasies about algorithmic efficiency, digital addiction and the service of our culture of consumer convenience. Imagination serves not to open horizons or change society, but is narrowly focused on producing profit.

In the US, everyone values having fun. Playfulness thus appears to be an important ingredient of the culture. But today, parents are blamed — and even investigated or arrested — for allowing their children to play outside unsupervised. Children’s natural playfulness is increasingly captured and individualized by the commercial world of video games. This is the opposite of the liberation from constraints and the creative invention of new ones in traditional play. The world of video games is structured around tension, even anguish, over performance within imposed algorithmic rules. Video games serve as an instrument of productivist conditioning.

In other words, experimentation, imagination and playfulness have been increasingly confined to silos and exist in our productivist, consumerist minds primarily as sectors of the economy. Those same minds see the idea that an evolved society might embrace all three at the same time as nothing less than anarchy, a word that strikes fear into the hearts of honest, law-abiding citizens. Graeber famously and provocatively defined himself as an adept of anarchism, which he described as a bottom-up construction of social order built on the principles of “self-organization, voluntary association, mutual aid, the opposition to all forms of coercive authority.”

In the conclusion of his review, the historian David Priestland confidently asserts that “myth-busting is a crucial task” and that “we need to understand the full range of ways our ancestors thought and lived.” Stressing that “we must certainly question conventional versions of our history which we have accepted, unexamined, for far too long,” he credits David Graeber and David Wengrow with opening an important debate that should have consequences for the way our schools teach history. It remains to be seen whether those who write the syllabi of history courses will pay any attention to the book or to Priestland.

One of the well-known rules for literary reviews, particularly in the UK, is that however enthusiastic reviewers may be, they must, before concluding, offer some substantial critiques. Priestland fulfils his obligation when, just before concluding, he takes the authors to task for failing “to make the case for anarchism.” Making the case, however, is something Graeber, Noam Chomsky and others have frequently done elsewhere. Despite their effort, they have never managed to convince those who hold power over today’s powerful institutions: governmental, financial, technological, academic and commercial, including media.

The sheer inertia of these institutions — accustomed to working together and offering one another mutual support to defend a top-down order — makes the reorganization of society according to the principles Graeber has promoted elsewhere challenging to imagine, difficult to experiment and impossible to put into play on a significant scale. So much for combining experimentation, imagination and playfulness. Like a disobedient child, they will be confined to their silos until they learn good manners in a society dedicated to extracting rather than creating value. Value itself will always be framed in terms of financial profit rather than social gain.

Nevertheless, there remains some hope this book could become a true ferment for change. If enough of our schools and media could not just to talk about books like this, but take seriously their message and correspondingly rebuild their syllabi of history, the constraints that bind us today may begin to loosen. It can be done. A revised approach to the teaching of history in schools would be the right place to begin.

If the generations now in school could be encouraged to think of history — and other disciplines as well — in ways that are authentically experimental, imaginative and playful, they might begin to discover the open-ended logic of historical events rather than learning to spout out “significant dates” and lists of the outcomes of conflict. They could thus realize that as citizens of modern democracies, imagination, experimentation and playfulness could undermine the kind of Panglossian historical fatalism that authors such as Steven Pinker and Francis Fukuyama seek to impose on their readers, encouraging them to accept an order imposed on them by “their betters.”

Examples exist. The team at Fair Observer Education has developed and experimented with playful tools for the teaching of history that use non-linear logic to appeal to the imagination of learners, inviting them to rediscover and invent the reasoning that led to both surprising and less surprising historical decisions, such as the Ming dynasty’s burning of their powerful commercial fleet at the very moment that Europeans were busy colonizing continents. It isn’t just role play. It’s role creation.

Albert Einstein came upon his true theories of the cosmos through thought experiments. He knew that experimentation, imagination and playfulness had to be combined to produce a truer understanding of the world. 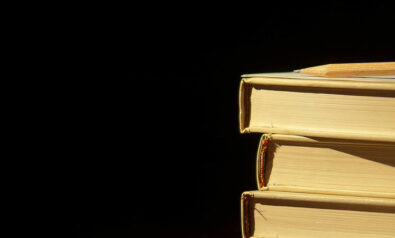 A Book is a Dream in Your Hand