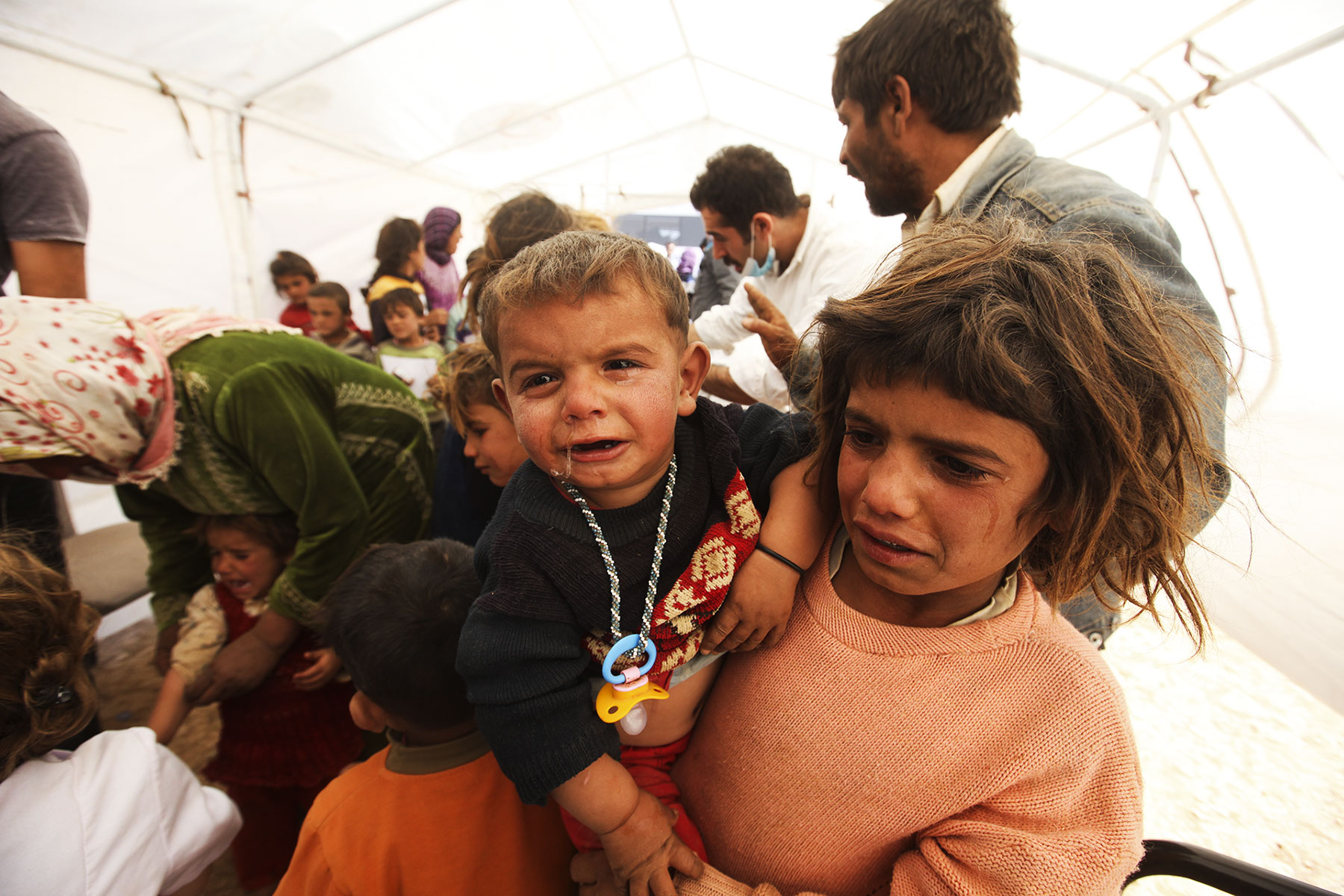 The violent attack on the US Capitol that defiled the very foundations of “the beacon of democracy” not only violently jolted the American psyche but astonished the world. While many scratched their heads and asked why this was happening, many others pointed to Donald Trump as being culpable for, as some put it, “the coup attempt.” However, this determination is far too myopic and fails to take into account the much bigger picture, one that has been two decades in the making.

The grave mistakes that the post-9/11 Washington administrations made in Afghanistan and Iraq have contributed to the rupture of American society, ultimately culminating in the cataclysmic events of January 6. It permanently stained America’s global image as the promoter and defender of democracy. One wonders if the masterminds of the 9/11 attacks may have actually succeeded in their mission to undermine America’s democratic ethos.

In the aftermath of the September 11 attacks, the Bush administration acquired from Congress the Authorization of Use of Military Force against a wide array of people or groups that “planned, authorized, committed, or aided the terrorist attacks or harbored such organizations or persons.” Within weeks, the US assembled a global coalition of more than 50 nation-states, initiating Operation Enduring Freedom, which quickly ended the Taliban’s five-year reign.

Then came Colin Powell’s infamous speech at the United Nations, in which the Bush administration desperately tried to justify an invasion of Iraq. Having been unable to garner support, Washington initiated its March 2003 campaign unilaterally.

While the initially stated objectives of both invasions were reached — the toppling of the Taliban in Afghanistan and Saddam Hussein’s regime in Iraq — the vaguely defined global war on terror required the US to maintain a gargantuan military footprint in the wider Middle East region. In 2011, President Barack Obama raised the total number of military personnel in Afghanistan and Iraq to a massive 100,000.

The relentless US military war machine across the region inadvertently created a ripple effect the implications of which have been felt far and away, in Europe and across the Atlantic: refugees.

In Afghanistan, an estimated 50,000 civilians were killed as a direct result of the 20-year war, 20,000 of them in US airstrikes. Furthermore, CIA-funded Afghan paramilitary forces are known to have committed egregious abuses against the local population in the name of the fight against the Taliban. The extreme corruption of the US-backed governments of Hamid Karzai and Ashraf Ghani further alienated and oppressed the Afghan people.

In Iraq, the US deposing of Saddam Hussein and the subsequent de-Baathification — the removal and exclusion of any military or civilian associated with his regime — initiated fierce sectarian violence where the Shia Arabs, once oppressed by Hussein, began their retribution. Hussein’s generals, in turn, mounted a Sunni insurgency, which ultimately morphed into the Islamic State (IS, or Daesh).

In 2015, British Prime Minister Tony Blair, who helped Bush invade Iraq, acknowledged that “Without the Iraq War, there would be no ISIS.” Daesh made its biggest gains by steamrolling into Syria in 2014. At its peak, the terrorist group controlled almost a third of Syria and much of central Iraq. Daesh’s push across Iraq and Syria created more refugees.

The US-led coalition then embarked on an extremely destructive military operation in late 2016 to retake Mosul and Raqqa from Daesh. It is estimated that the indiscriminate bombing of those two cities caused the death of more than 11,000 civilians. Furthermore, the US-backed proxies, particularly the Democratic Union Party, were accused by Amnesty International of committing ethnic cleansing in Syria.

All things considered, the US-led war on terror in Afghanistan, Iraq and Syria has directly or indirectly created refugees and migrants numbering in the millions, whose last stop is generally the European Union. The world watched in shock as migrants tried to cross the Mediterranean in overflowing boats; those who were successful found themselves scaling barbed-wire fences in countries whose borders otherwise allow unhindered travel.

The migrant crisis became particularly severe in 2015. According to the UN, an estimated 800,000 migrants and refugees, fleeing conflict and persecution in Syria, Afghanistan and Iraq arrived on European shores that year.

The growing refugee crisis began to shape the European political scene, giving rise to right-wing and populist politicians, threatening the EU’s liberal and democratic foundations. In Poland, the anti-migrant, xenophobic, Euroskeptic Law and Justice party won the 2015 parliamentary elections by a landslide.

Hungary witnessed the consolidation of power by right-wing Prime Minister Victor Orban around the rhetoric of a migrant invasion. Citing the need to combat the COVID-19 pandemic, parliament granted extraordinary powers to Orban, turning him into a de-facto autocrat who, as many experts believe, has suffocated Hungarian democracy.

Most notably, the proponents of Brexit exploited the migrant crisis to scare voters into supporting the bid to leave the European Union. Nigel Farage, the leader of the far-right UK Independence Party and an ardent advocate of Brexit, produced a poster showing thousands of refugees crossing the Croatia-Slovenia border in 2015. The words “BREAKING POINT” were emblazoned across the picture, above a line that read: “We must break free of the EU and take back control of our borders.”

Around 75% of the pro-Brexit voters cited immigration as the most important issue the UK faced. In October 2015, the anti-immigration Swiss People’s Party won Switzerland’s parliamentary elections by a landslide, swinging the country to the right. Many other conservative parties across Europe considerably increased their votes as well.

It appeared that the 2015 rapidly booming refugee influx constituted a major turning point for much of European politics in terms of the right-wing upsurge. The anti-immigrant tide didn’t spare the United States either. In his 2016 presidential campaign, Donald Trump often pointed to the migrant crisis in Europe to make a case for tough immigration policies along the US-Mexico border and for the need to build a wall.

On April 28, 2016, he said: “Look at what’s happening all over Europe. It’s a mess and we don’t need it. … When you look at that migration, you see so many young, strong men. Does anyone notice that? Am I the only one? Young, strong men. And you’re almost like, ‘Why aren’t they fighting?’ You don’t see that many women and children.” According to Pew Research Center, around 65% of Trump supporters viewed immigration as a “very big problem” for the United States.

America threw a boomerang at the greater Middle East at the turn of the century. It struck Afghanistan, Iraq, Syria, Yemen and Libya, among others, causing death and devastation. A decade later, it moved on to Europe, leading to the gradual revival of the “menace” the Europeans have tried to bury for so long, that of right-wing ultranationalism.

Ultimately, the returning boomerang arrived on US shores, propelling Trump to the White House. As a result, the American public has never been so divided, not since the Civil War. On January 6, the boomerang finally returned to Congress, revealing the ever-growing weakness of American democracy.

The abrupt and disastrous withdrawal of US troops from Afghanistan in August is expected to produce even more refugees, creating a crisis that will hit Europe even harder than the one in 2015. This alone indicates that the policymakers in Washington have failed to learn lessons from the last two decades.

As China is fast ascending toward global hegemony, the West in general and the US in particular are facing tremendous challenges. The questions yet to be answered are whether past mistakes constitute a lesson for the future. What has America learned from the tragedy of 9/11?