What the hell is happening in the US? Let’s rattle off some of the obvious: political intractability, sectarian entrenchment, tribal mentality, partisan violence, radicalization, conspiracy theories, reality deficits and even an attempted coup d’état. As strategic intelligence and foreign policy professionals, most of us have spent our careers assessing conditions abroad. What we commonly look to identify are the political, security and economic environment that allows us to measure the relative stability of a specific country or region.

From there, we develop baselines that hypothetically stress these conditions, indicating the potential for instability. When these conditions exist in prolonged disparity, indicators and warnings start to present themselves. Sometimes, they are glaring and obvious; other times, they are subtle and nuanced. Nonetheless, it is safe to say that the indicators and warnings have been flashing red for some time in the United States.

This is not to say that domestic intelligence and policy professionals spread across federal and local law enforcement were completely oblivious to them but rather that self-assessment is the hardest form of assessment. Americans typically lack the ability to reflect inward and analyze their own biases, prejudices and subjectivity against the prevailing political, security and economic conditions, especially at home. The January 6 attack on the US Capitol proved this.

Knowing this — even when we won’t admit it — what are we looking for as we assess this new political and security reality? Nothing has changed the underlying conditions between the storming of US Congress and today, and with a third of Trump voters claiming sympathy with the attempted coup, we’re in for a rough road ahead. Assessing this situation as strategic intelligence and foreign policy professionals, however, gives us some insight to help structure our thinking for what might come next.

Countries manifesting instability have moved past the point of political entrenchment into the realm of political intractability. The former is used by politicians seeking to legislate by obstruction, while the latter is driven by underlying grievances that have become too extreme to resolve. With millions of Trump loyalists and Republican lawmakers still beholden to a president who refuses to concede his defeat in a fair election, there are not many opportunities to seek effective political resolution — especially when one side refuses to accept the legitimacy of the incoming administration.

Democrats, on the other hand, are completely resolute in their plans to impeach Trump and remove him from office with little more than a week to go before his term officially ends. Neither party is willing to back down, and there is no mechanism at any level seeking meaningful de-escalation. This means tensions will remain elevated, grievances solidified and positions hardened, giving leaders on both sides an inordinate amount of power to antagonize around their own political goals and objectives. As we saw last week, the destructive power of this can be harnessed and directed with relative ease.

One of the measurements we always gauge stability against is the competency of the security forces, including law enforcement and the military. There were so many law-enforcement and intelligence failures last week, that it is almost impossible to pick a starting point. In fact, one could make the argument that the failures were so extreme as to suggest complicity, which might prove true in time.

As we now know, intelligence was discarded and ignored. In just one example, an FBI field office in Virginia issued an internal memo on January 5, warning that radicalized extremists were headed to the capital to commit “war.” As The Washington Post reported, “Yet even with that information in hand, the report’s unidentified author expressed concern that the FBI might be encroaching on free speech rights.” The shocking implicit bias inherent in the author’s assessment points to the absolute failure in accurately identifying contemporary threats of this nature.

In addition, there are now currently two Capitol Police officers suspended and 10 more under investigation. We have all seen the videos of cops taking selfies with the rioters, opening gates and providing assistance in the halls of Congress. This failure is not just tactical. It would be naive to believe that the same politics that powered the events of January 6 are not working their way through law enforcement agencies across the country — more so since Trump has unreservedly backed the police during the Black Lives Matter protests this summer. It is, therefore, hardly surprising that cops from Virginia, Washington and Pennsylvania are currently under investigation for being part of the Capitol Hill insurrection.

Communications and the media, especially when it comes to social networking platforms, are the forward edge of all modern conflict dynamics and play a key role in the stability of a nation in crisis, either reassuring anxious citizens or agitating the same population into action. We are now locked into an endless cycle of misinformation, disinformation and propaganda, pushed by media channels and social networks that are fueling vast conspiracy theories such as QAnon. These so-called filter bubbles have become so extreme that they have distorted reality, compelled radicalization and created an echo-chamber lifestyle for those who feel politically disposed of.

Politicians openly supporting QAnon have been voted into office. One such politician has even been accused of tweeting the exact location of House Speaker Nancy Pelosi during the storming of Congress. Unfortunately, as we learned during the propaganda war with the Islamic State, the advantage is always with the home team. While shutting down social media channels is a temporary solution, it does not address the root causes of radicalization and only increases the sense of grievance, forcing these networks into new digital spaces that are harder to monitor. Indeed, since last Wednesday, extremists have already moved to encrypted messaging apps like Telegram to plan new actions ahead of Joe Biden’s inauguration next week.

Assessing ideologies unique to specific countries and regions is an important tool in measuring stability. Here in the US, there is no more malignant and pervasive ideology than white supremacy. There is a reason why newly elected Republican Representative Mary Miller, one day before the coup, felt comfortable giving a speech on the steps of Congress positively referencing Adolf Hitler.

Everything that cascades from white supremacy, including white grievance, remains the single largest threat the US currently faces. In a report from October, the Department of Homeland Security said that white supremacists “remain the most persistent and lethal threat in the homeland.” In November, the Center for Strategic and International Studies published a report identifying that 41 of 61 terrorist plots and attacks recorded in the first eight months of this year were perpetrated by white supremacists. All of this indicates that right-wing extremists continue to have the motivation to plan and execute acts of violence.

Since President Donald Trump is heavily invested in the politics of white supremacy and, given the intersection it shares with conspiracy theories over his election loss, there is nothing to suggest that this kind of extremist violence will abate any time soon. Furthermore, law enforcement does not have a particularly strong track record in disrupting threats that originate with white supremacist groups, even going back to the Unite the Right rally in Charlottesville in 2017. This is in stark contrast to the nearly 1,000 recorded incidents of police violence against the Black Lives Matter protesters just last summer, indicating a heavy bias in assessing threats from groups such as these.

Economic anxiety is a potent motivator in driving instability, if not its single most important indicator. It is important to remember that the events on Capitol Hill took place against the backdrop of the pandemic, economic hardship and a government paralyzed by intractability. Almost 22 million Americans have lost their jobs due to COVID-19, and the Pew Research Center found at the end of September that half of those people still remain unemployed.

While the coronavirus remains politically neutral, the economic messaging between the two sides has been deeply partisan and tribal, casting both as victims of the other. Nothing raises the stakes for instability like people believing their lost livelihood is the fault of another group. Combine this with the government’s horrifying mismanagement of the pandemic, a nonsensical economic assistance package and ongoing conspiracies surrounding the virus, and you have all of the ingredients for continued tensions and hostility among different factions of the political spectrum.

There are traditions and customs that have proven effective against future instability. These include the military acknowledging the rightful transition of power, the courts upholding the rule of law and election officials not succumbing to executive pressure to alter election results. But these safeguards are only as good as the people behind them, and without any national platform to de-escalate and with tensions at this level, the potential for overreach and miscalculation is unavoidable. Should there be another spectacular event like the coup attempt of January 6, then groups on both sides will retreat deeper into fringe positions where their only recourse will be more violence as a means of perceived self-protection.

Each of these indicators and their subsequent warnings alone would be enough to raise the worry levels of a strategic intelligence or foreign policy professional assessing a volatile situation abroad. Unfortunately for us, this time, the turbulence is not in some faraway place, but at home. 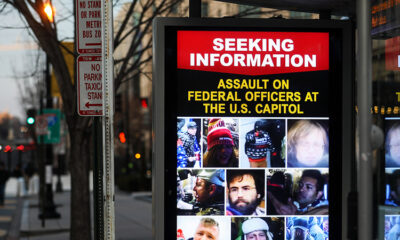 Beating Back the Far Right 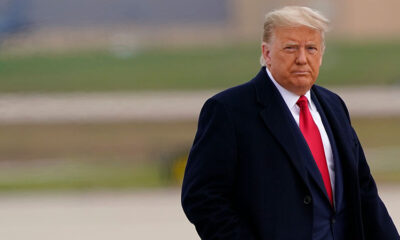 Trumpism After Trump: The Wrong Person at the Right Time?