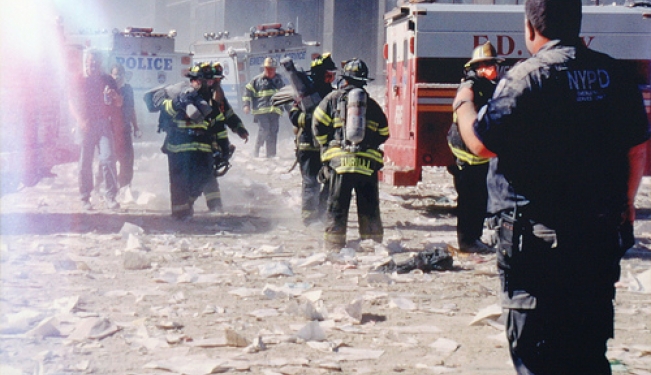 Many obstacles remain in the fight against global terrorism.

The bomb attack on the Delhi High Court on 07 September 2011 is a grim reminder that the global war on terror “GWOT”, is far from over. As a matter of fact, if anything, the terrorist attacks during the last decade after 9/11 in Delhi, Mumbai, London, Madrid, Moscow, Kabul and many other cities in Afghanistan, Pakistan, Iraq etc. confirm that terrorism is alive and kicking. To assume that the supposed degradation of Al-Qaeda sounds the death knell of its affiliates for global terrorism is a fallacious assumption and could prove counter – productive in the years to come.

India has been a victim of international terrorism much before 9/11. Although the GWOT leads many to assume that the world is safer today, the reality is that despite the single-minded focus by many governments around the globe in fighting this scourge, possibly only the USA has been successful in preventing a major terrorist attack on its soil subsequent to September 11, 2001. Although there is no shortage of retrospectives relating to the event of 9/11 including some claiming a victory in the war on terror, the facts are somewhat different. There are many lessons that have yet to be learnt. I think we need to look ahead so as to prevent another 9/11 from happening.

First and foremost, it is totally wrong to link global terror to Al Qaeda and assume that weakening Al Qaeda automatically weakens or defeats other organisations like the LET, or the Haqqani network or for that matter the “Lone Wolf” who could be motivated enough to singlehandedly carry out a spectacular attack which need not only be through the medium of a bomb. While the Af-Pak region is undoubtedly the epicentre of global terrorism, we need to look at other areas including urban centres in many parts of the world where the newer set of “Attas” could be planning the next 9/11.

Second, we need to carry out a sincere re-appraisal of the role of the so called partners we chose in the fight against global terrorism. Was Pakistan, a country which was closely linked to Al Qaeda, Taliban, LET and many others, and pursuing a policy of extremism and State supported terrorism the right choice? Is it not time to carry out a re-evaluation of what needs to be done in the next decade to de-radicalise and stabilise Pakistan?

Third, it is difficult, if not impossible to coerce or buy the support of countries in GWOT. Pakistan, again, is a good example where the delivery of $20 billion in aid to it since 9/11 from the USA or close US links to the Pakistan Army or drone attacks by the US were inadequate to buy or coerce Pakistan to act against its surrogates. We should never forget that Osama Bin Laden was killed by US SEAL troops in Abbotabad, near the Pakistan Military Academy where he was safely living for six years.

Fourth, the terrorists will continue to carry out spectacular attacks. But these need not only be bombings. We need to look at the possibility of terrorists getting hold of biological, chemical or radiological means of carrying out the next attack. While I do not forsee any terrorist organisation getting hold of a nuclear device, the possibility of a “dirty bomb” cannot be ruled out. We also need to look not just at terrorists getting hold of a nuclear device, but we need to worry about radical elements coming to power in weak or failing States.

And last but not least, we need to pay more attention to cyber terrorism. The power of the internet will only grow exponentially and terrorist organisations will definitely exploit it to undermine critical infrastructure. Can a cyber attack lead to a nuclear melt-down at a nuclear power plant? What about the use of the internet as a training ground for terrorists – will they need large swathes of territory as a training ground or can they do it in the “virtual domain”? I believe much more needs to be done if we are to deny the terrorists the use of this universal power which is both a means for and a target of terrorism and international crime.

While honouring the memories of all those who have laid down their lives in the last decade fighting this global scourge, it is time to do a reappraisal so as to prevent another 9/11 a few years down the road. Al Qaeda is weaker today than what it was a decade ago but do not rush to write the obituary of global terrorism. Terrorism will stay with us and eternal vigilance is the price that we have to pay for it.