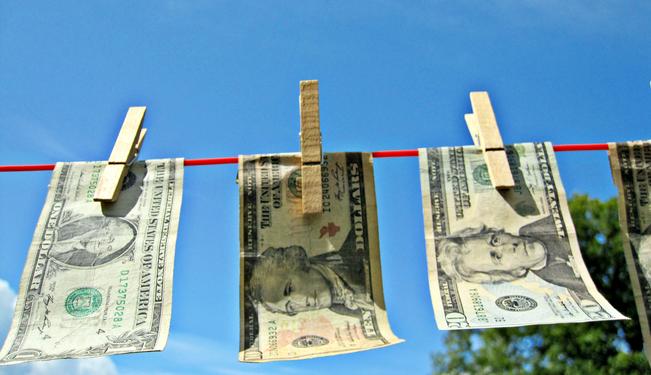 The global fight against money laundering has been heated by its coupling with counter terrorist financing. 9/11 fuelled the emergence of a financial surveillance system that makes banks accomplices of the state and turns customers into suspects.

Money laundering has been an international issue since the end of the 1980s but its career on the global agenda did not start until September 11, when it was connected to the fight against terrorist financing. After the attack on the World Trade Center, a global Counter Terrorist Financing (CFT) regime was built up by the United Nations and pre-existing anti-money laundering (AML) measures were expanded. It was believed that the expertise of AML professionals could be used for the fight against terrorist financial flows. The main task of the Financial Action Task Force (FATF) – an OECD-based international body established by the G7 in 1989 – was extended to the combined 'label' of anti-money laundering and counter terrorist financing (AML/CFT).

The connection of these two phenomena has had significant consequences. The 'dirty money' to fight is no longer only affiliated with crimes already committed, as money laundering only concerns funds from illicit activities, but as well with future terrorist activities. This boosted the international efforts to fight dirty money flows and new obligations for the private sector.

With its ’40 recommendations’, the FATF had already published an extensive blueprint for financial institution regulation to fight money laundering in 1990. The recommendations, which are implemented – at least in part – by most states, commit banks and other institutions to analyse their customers and financial flows, keep records and report suspicious activities to the authorities.

In 2003, the FATF published nine special recommendations for counter terrorist financing and included “designated non-financial businesses and professions” like (internet-)casinos, real estate agents, dealers in precious metals and stones, and lawyers or notaries. Furthermore, alternative remittance systems, like the informal value transfer system ‘hawala’, and non-profit organisations have been taken into the regulatory focus of the international expert body.

At the same time, other standard setters like the Basel Committee on Banking Supervision or the private sector initiative Wolfsberg Group have expanded and further specified the duties of banks in analysing customers and their financial behaviour. A global system of financial surveillance has emerged which obliges the everyday customer’s local bank to act as a financial watchdog. This surveillance system has merits, as it makes tracking dirty money flows more easy and efficient. But, nevertheless, it creates problems which did not exist before 9/11.

Firstly, the global financial surveillance system clearly violates the banking secrecy provision. The FATF recommendations point out, the secrecy laws of financial institutions are to be constrained where they may “inhibit the implementation” of the recommendations. States get what they wanted for a long time – access to private sector financial data. This data is not only supposed to be shared among domestic state agencies, but in cooperation with their foreign counterparts on a global scale. But, “who guards the guardians?” asks St. Andrews lecturer William Vlcek in his critical article “A Leviathan Rejuvenated: Surveillance, Money Laundering, and the War on Terror”.

The financial surveillance system has its weak points and carries the risk of customers beinging suspected by mistake, a ‘false positive’. Private sector institutions use IT-tools to trace suspicious money flows within the huge amount of financial data. A whole industry sector has evolved to commercially exploit the needs of financial institutions, that is, to find the ‘needles in the haystack’. Data management software develops ‘patterns of normality’ in order to identify abnormalities in financial transactions – an error-prone system.

Cases are consistently made public in which banking employees report ‘suspicious’ activities on very weak bases. States penalise the companies if incidents becomes apparent where dirty money crossed their gateways. The best strategy of blame avoidance is thus: reporting, reporting, reporting. How many transactions, banking accounts or credit cards are audited by this surveillance system is not known. However, a 2004 evaluation of the private sector reporting behaviour in Germany notes that 6400 suspicions had been reported the year before, from which about 900 had been false alerts, or just a little over 1 in 7 reports.

Another negative effect is that the fight against dirty money threatens to exclude poor people from financial services. Before 9/11, AML measures were merely associated with rather high sums and certain transaction thresholds, while the relatively small amounts of money used for 9/11 have refocused the dirty money chase on daily retail banking.

Their obligations force banks to prove identity and residence of their customers, which might be a minor problem in developed countries (though studies show low banking penetration also among migrants in London), but is of extreme significance in the developing world. As evaluations of the impact of the FATF-recommendations on the access to financial services show, ‘know your customer’-rules pose problems in countries where many households do not have formal addresses. This adverse impact has been shown in South Africa, Indonesia, Kenia, Pakistan and Mexico.