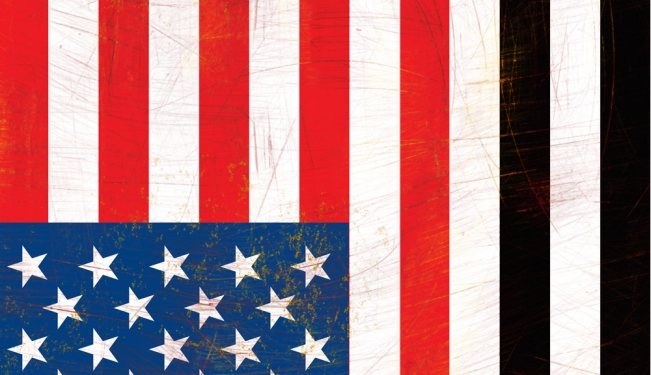 A commentary on the event and it's place in history and in the present.

Before September 11th, history was a process. Of course we have been through specific moments in time when it seemed that history books were being written in front of our eyes.  This happened in December 7th of 1941, when the Japanese attack of Pearl Harbor threw the United States into the Second World War. It was the same with June 28th of 1914, when the murder of Franz Ferdinand von Österreich, Archduke of Austria-Este, triggered the first real world conflict. The main difference between these 20th century events and September 11th was what they represented in terms of consequences. They pitted countries against each other, whereas 9/11 set faceless enemies disguised as one of us against our way of life.

Forget also about the fall of the Berlin Wall, an event that started when the East German government announced, on November 9th of 1989, that the citizens from the East could cross the boundaries and visit their relatives in West Germany. That was History at its best, sure; but it was not the beginning of an ideological revolution in post-modern society: it was the end of one. And a sad one, we must add.

September 11th was the largest, most pivotal world event ever broadcast live while it was taking place. Those apparently primitive terrorists living in caves in Afghanistan understood better than anyone the power of image, the notion that the attack would replicate its power every time it was broadcast on TV. That is why I refer to our Age as B9/11 and A9/11: Before September 11th the world was one, full of problems, but ‘understandable’ problems.  A few hours later we had no idea what was going on. The sequence of events that followed, better known as ‘President Bush’s War on Terror’, still continues.  . Ten years later,  this single event has resulted in  more than one hundred and sixty thousand people dead (amongst them soldiers and civilians) in two bloody wars, Afghanistan and Iraq. It has also produced the biggest problem for the American economy since the crisis of 1929: so far, more than 1.2 trillion US dollars have been spent to keep the war machine alive, almost 10% of the gigantic and problematic American debt. This reminds us of another terrible date: September 15th of 2008, when Lehman Brothers went bankrupt.

Nineteen individuals armed with small knives and radical ideologies were responsible for the death of almost three thousand people and for harming more than twice that number. There are previous accounts of terrorism in  history, of course,  but that group of Islamic fundamentalists, led  by ex-Public Enemy number 1, Osama Bin Laden, produced more destruction from one blow than they could ever have dreamt possible, armed as they were with the knowledge that the attacks were more powerful because of their  media impact.    Besides the thousands dead and injured in the two wars, there were terrorist attacks in London and Madrid, an increasing movement of prejudice against Muslim believers, and more riots in the Middle East. However, perhaps the worst consequence for the human race was not measurable by the number of lifeless bodies. The worst impact from the attacks was the cycle of fear that swept the minds of our generation, caused by a face of hatred that most of the world had never seen. At least, not live, on every news channel across the planet.